During your next Florida vacation, pick up a handful of sand. Each beach will have a different story to tell. The sugary white sand of the Florida panhandle, which I consider the best beach sand in the world originated from the once high and mighty Appalachians, while that from the sheller’s paradise of Sanibel Island and Southwest Florida is from millennia of shells ground down to a fine grit. The beach at Bahia Honda in the Florida Keys is a limey calcium carbonate mud which might one day become limestone. Three million years ago, conditions were no different in the Upper Pliocene. Then the southern Florida shoreline resided in south-central Florida along a line from Sarasota to Fort Basinger. The ancestral Myakka and Kissimmee Rivers deposited sand into a protected basin now occupied by Lake Okeechobee, the Big Cypress Preserve and the Everglades. To the south, which is now the southernmost boundary of the Everglades, existed a coral reef which faced Florida Bay. This formed a carbonate bank similar to that of the modern day Bahamas. Sediment eroded off the reef into the protected embayment and mixed with the siliclastic material coming from the north to form a sandy limestone. This limestone and its fossils were first described by W.C. Mansfield during the construction of the Tamiami Trail in the 1930s and he named it the Tamiami Limestone. Recent work has classified this limestone as the same age as the Lower Pinecrest Beds further north and it is now informally named as the Ochopee Member of the Tamiami Formation. Limestone is indicative of warm tropical water and it is interesting to note that these deposits indicate conditions similar to those of the Caribbean while contemporary sediments less than 100 miles further north were slightly cooler than today’s Gulf of Mexico.

Mollusks compose their shells with either aragonite (CaCO3) or pure calcite. Collectors of fossil shells know that limestone is typically poor for aragonitic shells as it is porous and aragonite is readily dissolved by ground water. Although this is the case with the Ochopee, aragonitic shells leave internal limestone casts or “steinkerns” which in many cases can be identified to genus and species and contain many species found in the Pinecrest Beds. On the other hand, marine organisms composed of calcite can be exquisitely preserved in limestone. Calcitic organisms in the Ochopee, which are the desired objects of most collectors of this unit, include oysters, pectens (fig. 1), and echinoids (fig. 2). 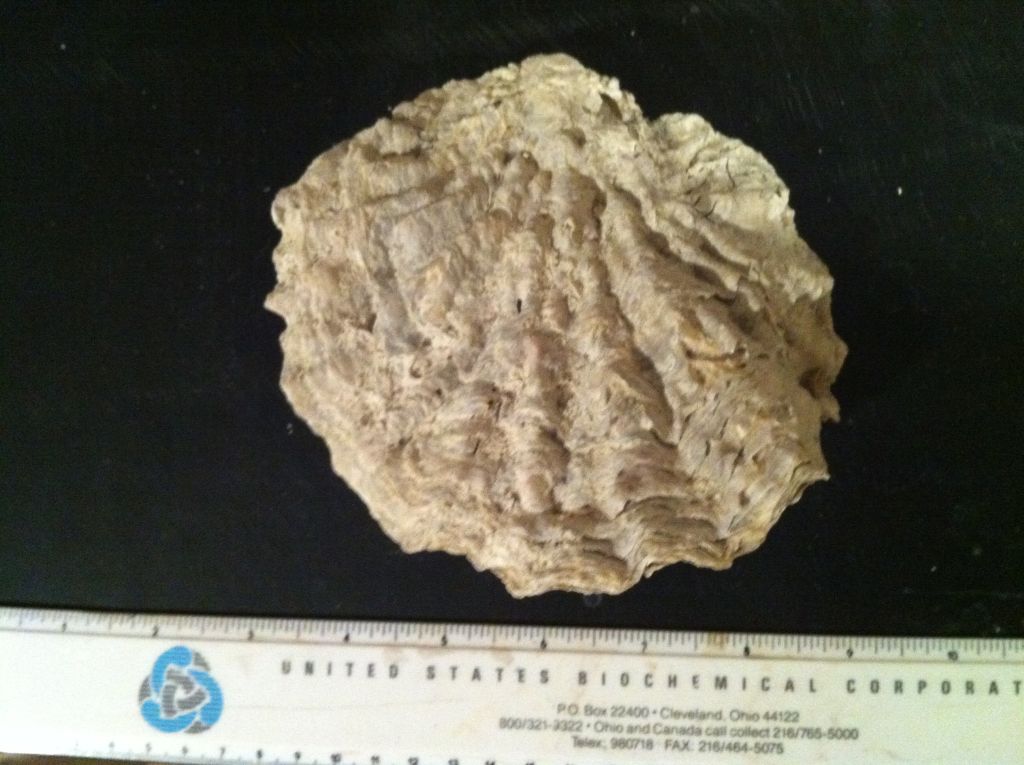 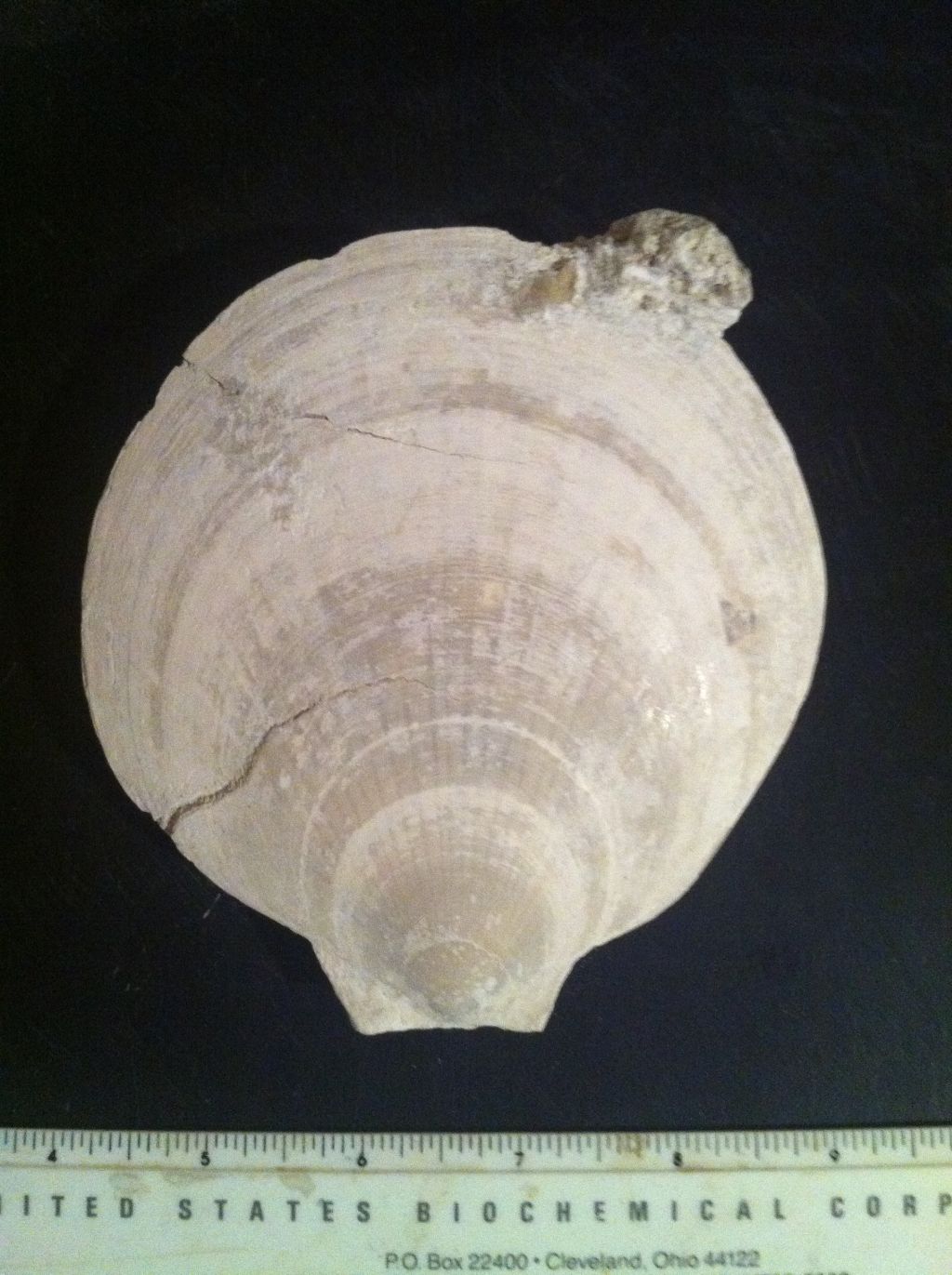 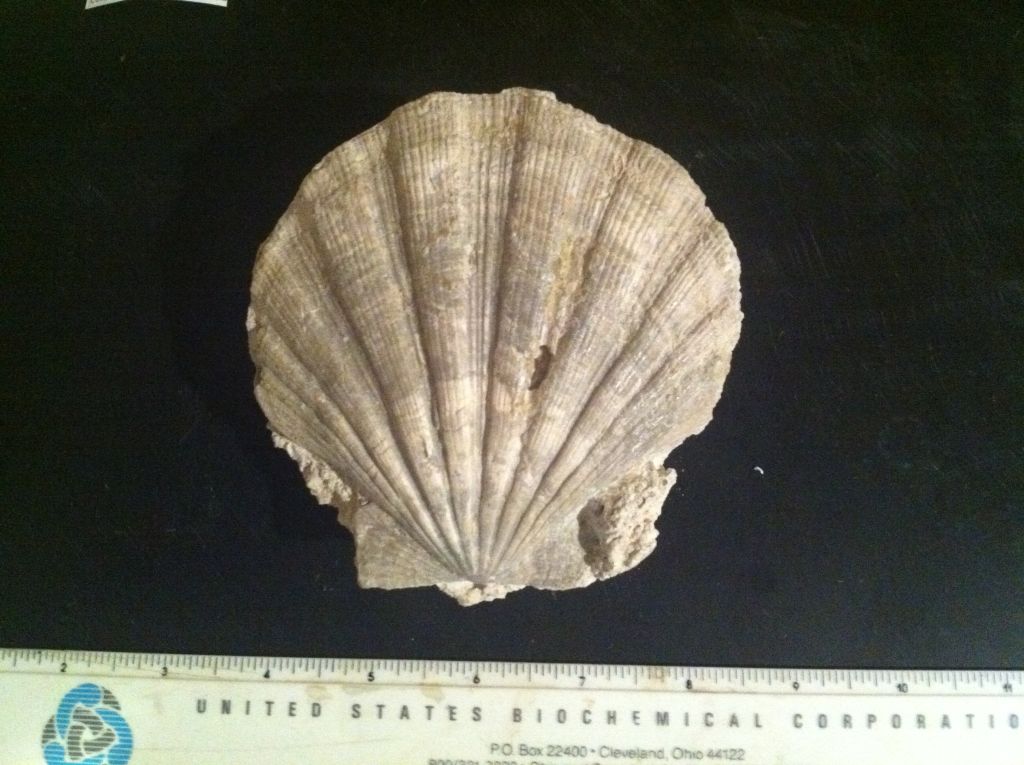 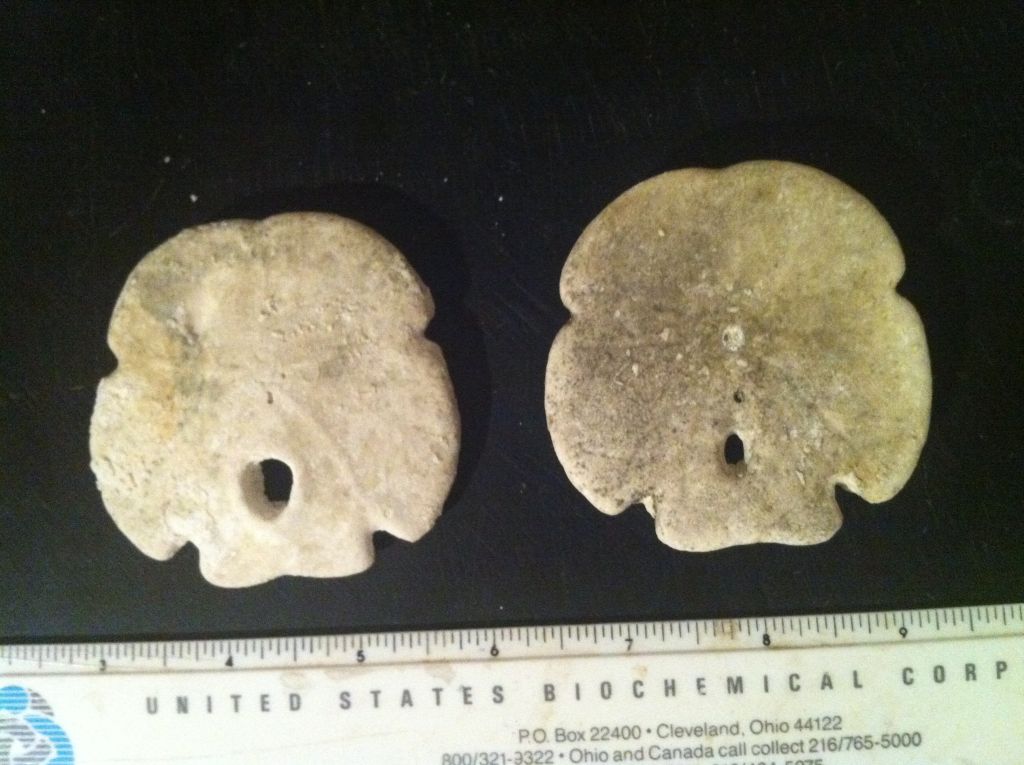 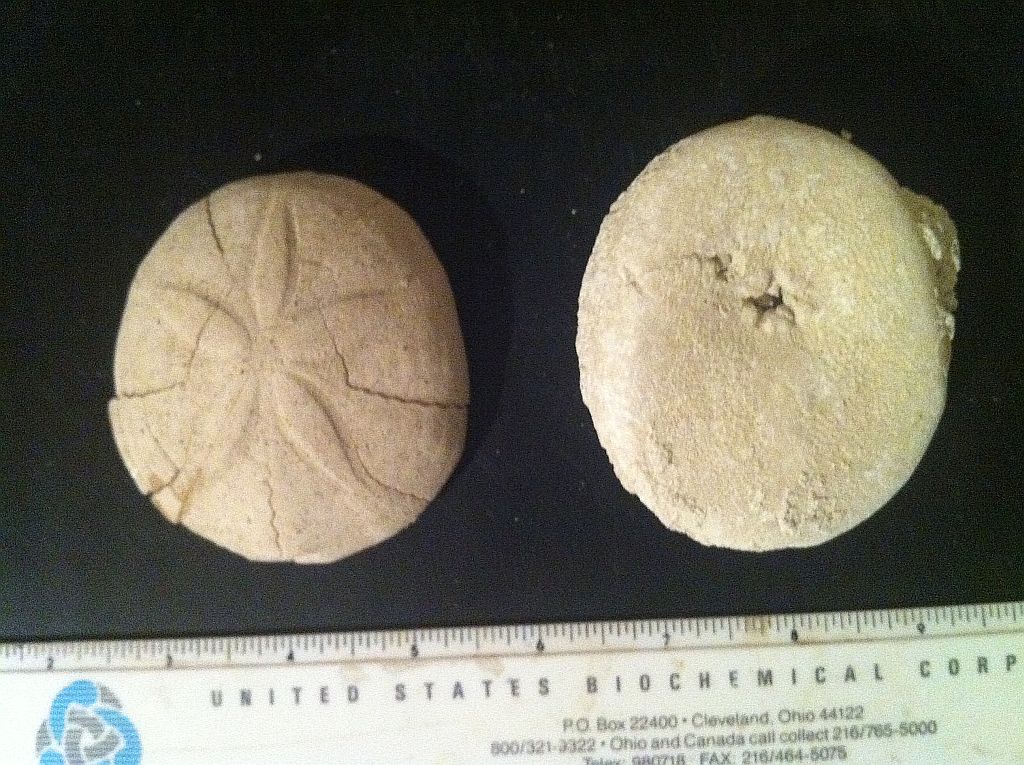 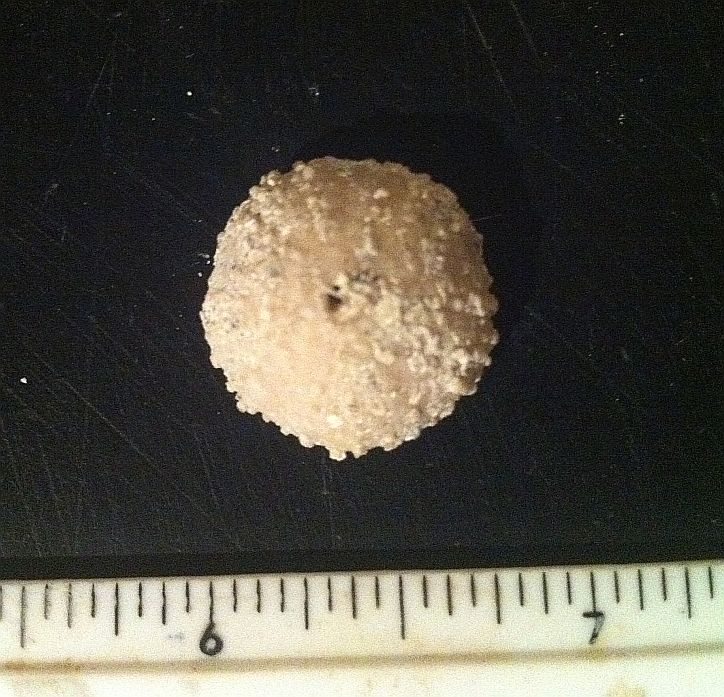 Several quarries in the Big Cypress Swamp area between Lake Okeechobee and the Everglades once mined the limestone for road material. I first visited one such quarry in 2000 (locality 496). This state burrow pit, quarried for limestone road fill, still contains some of the crushed material mined in the 90s however, the 12-15 foot tall piles of limestone are but a quarter of the size when I last visited late in 2011 (fig. 3). At one time, piles of partially crushed limestone full of fossils could be found dotting the surrounding area. Once the few remaining piles are diminished by the county department of transportation, there will be few if any collectible sources for these deposits. Perhaps the pits will go the way of the Florida Panther, whose protected habitat is contained within the Everglades and Big Cypress Preserves. Nothing more than a geographically restricted population of the puma, a large cat which once inhabited almost all of North America, it is now only found in the eastern US by this small and threatened genetically isolated population. 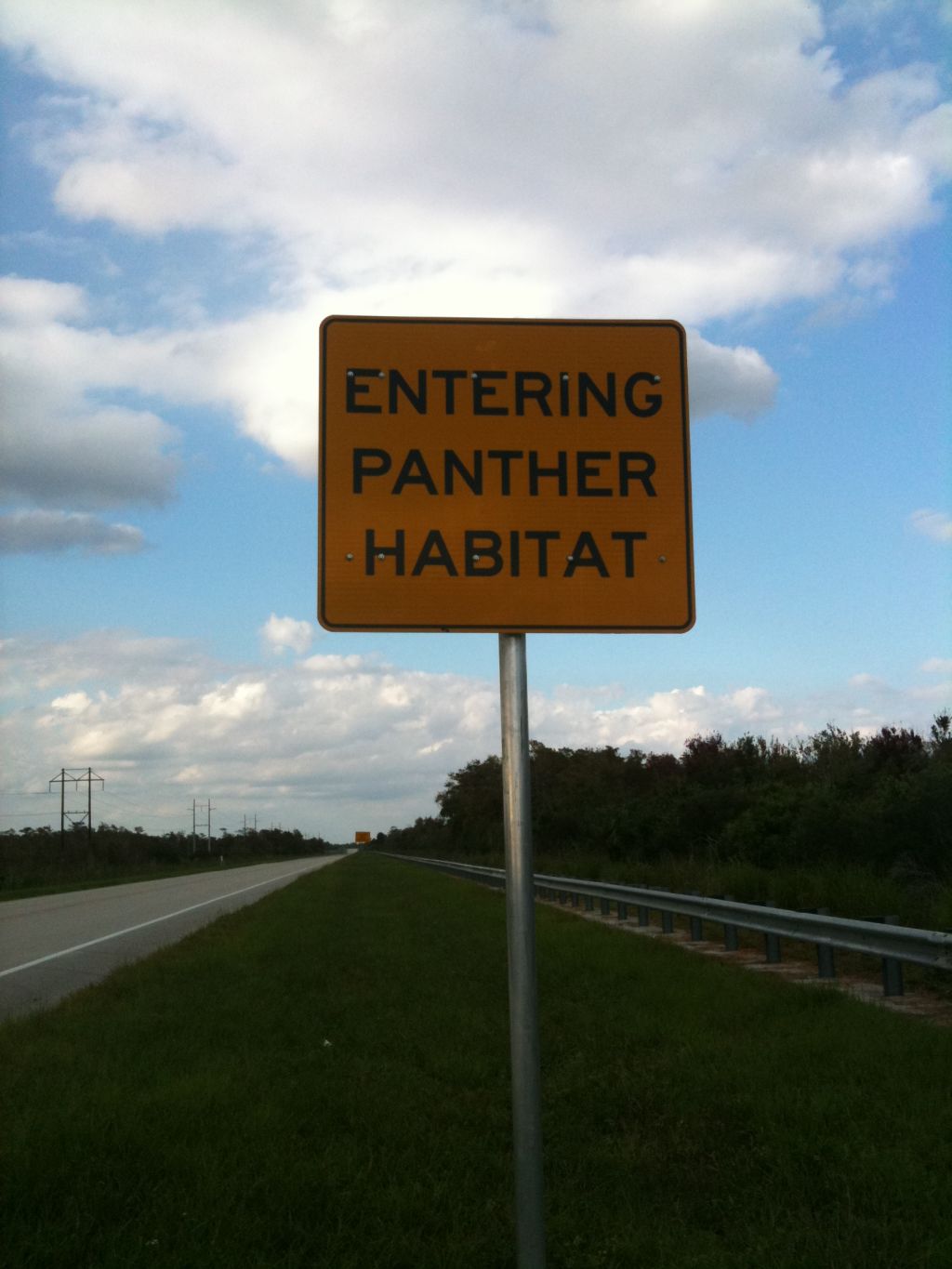 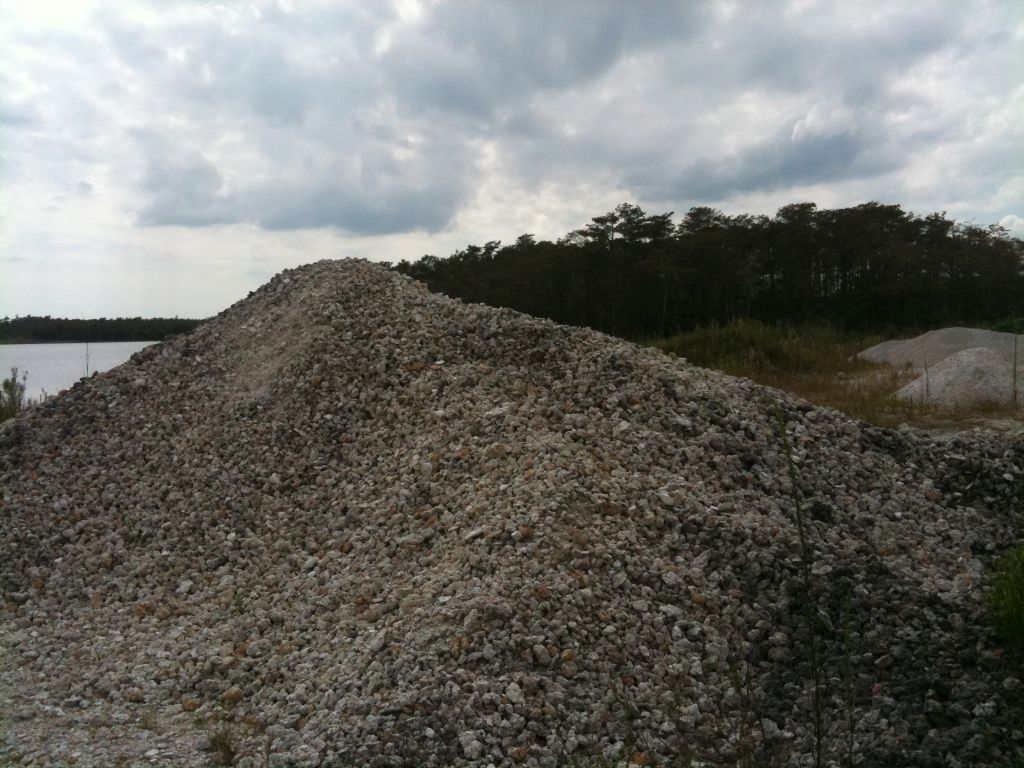 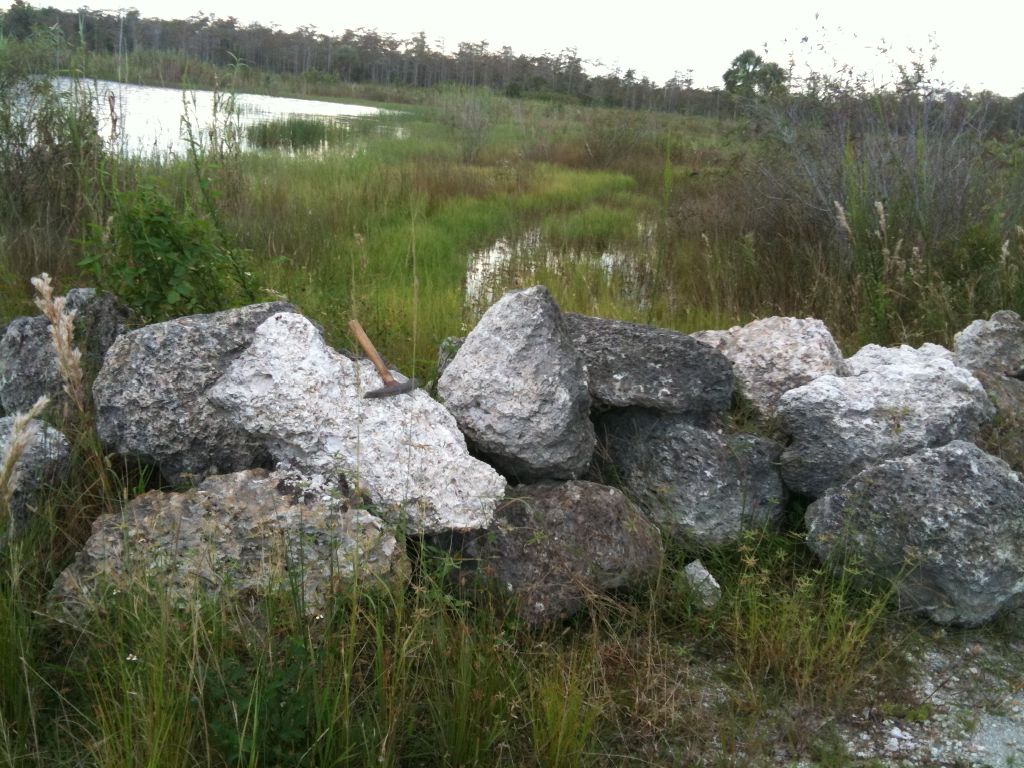 Through the years, I have collected from several of the aforementioned spoil piles in the region and as I did in my last post about the Lower Pinecrest Beds, I have decided to attach a comprehensive fauna list of species in my collection from all of my Ochopee localities (Loc. 496, 925, 926).

Petuch, E.J. 1982. Notes on the molluscan paleontology of the Pinecrest Beds at Sarasota, Florida with the description of Pyruella, a stratigraphically important new genus: Proceedings of the Academy of Natural Sciences of Philadelphia, v. 134, p. 12–30.