It happens in all areas of life. Yet, sometimes the unexpected is manifested in remarkable circumstances. Last January, Dan and I were scrambling across a rocky bar in a Texas stream. To help keep our focus during a cold downpour and intermittent showers, we joked with various sandstone "fossils" we picked up. The erosive nature of water and gravel creates thousands of pseudofossils, and we were finding them with frequency. "Hey Dan, here's your mammoth tooth! Catch!" (Please do not try this at home.)

"Yeah, yeah, and this must be your sabre-tooth fang!" So it went until we had scoured the midstream rock bar. Walking back to the canoe, I grabbed another, algae covered piece of sandstone and held it up toward him.

"What do you think this is?" I jested. Without missing a beat in time, he blurted, "Tetrameryx shuleri!" We both laughed at the green check mark shaped formation.

As I pictured the weird-horned, pleistocene antelope, I thought it was too bad it was sandstone. Dan was back at the canoe, so I tossed it back with the rest of its slimy kin...and it broke. We'd been pitching broken sandstone all day, but the whitish core that caught my eye wasn't normal. It didn't get any more normal when I picked up both pieces to show Dan. 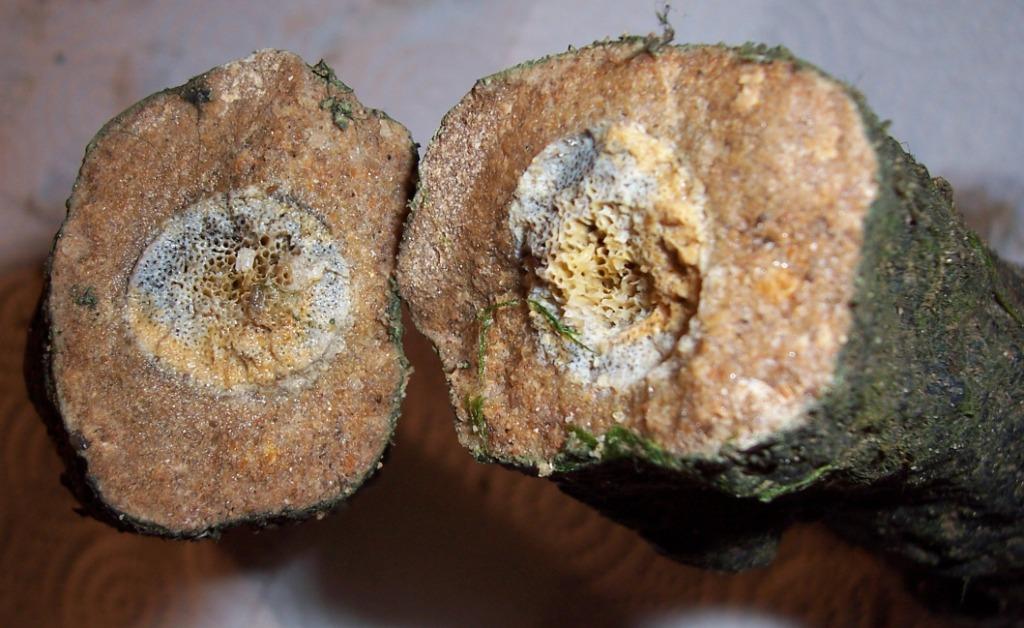 "OK, now what do you think this is?" I said. His jaw dropped...somewhere on the ground with mine! The joke was on us! It wasn't just sandstone anymore. It really was Tetrameryx shuleri! It was incredible an example of the unexpected.

A week ago, we teamed up again to see what treasures we could discover. The quarry was Pleistocene bones or paleo artifacts. I gently eased the stern of the boat onto a few rocks near the edge of a shallow riffle. Large chert cobbles and gravel stretched across the river, just beneath the surface. As I tended to the canoe, Dan lifted a large flint tool from beneath the water. His find re-focused us to the potential of this spot.

We scanned the subsurface terrain without a find. I walked back near the canoe and stopped to survey the area. Dan started to view the carp swimming nearby with a predatory stare. I looked down at the cobbles in front of me. Leaves were trapped by the current against some of them. One of the stones triggered a moment of recognition and denial, "Hey Dan, too bad we can't find any mosasaur material around here." Both of us were so focused on our primary targets that we had forgotten about some Upper Cretaceous faulting in the area. Yet, when my hand wrapped around the underwater "stone" there were more micro-moments of recognition. As the water dripped from my find and hand, I almost gulped out loud.

Dan sloshed closer, "Whoa! Let me see that! Hey, it is a mosasaur vert!" Being quoted so soon was very complimentary...we both just shook our heads. 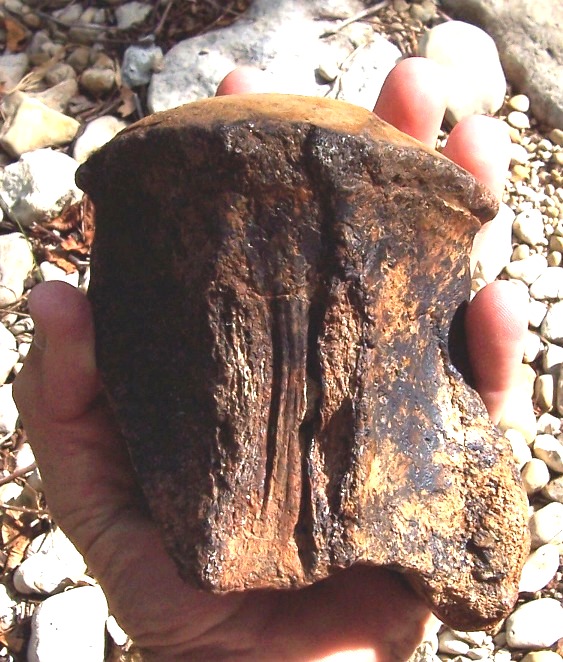 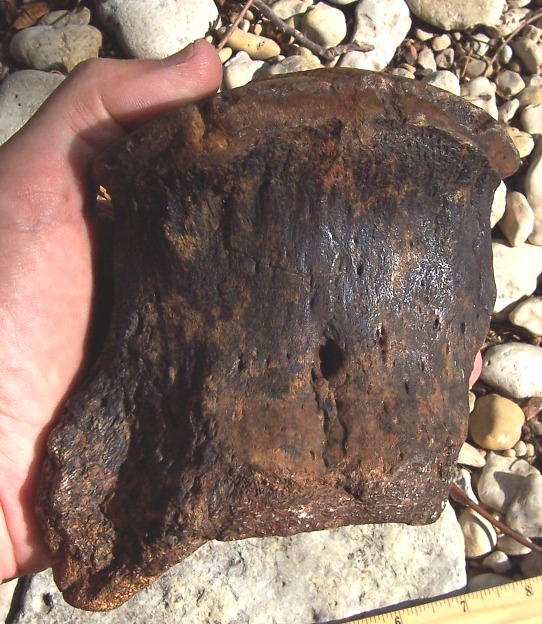 I thought of our January trip and said, "What does this remind you of?"

In both situations, it was written all over our faces...we had been caught off-guard. I wasn't even sure I would believe these stories if I hadn't been a witness to them. Of all the fossils we thought we would find, this was the unexpected. 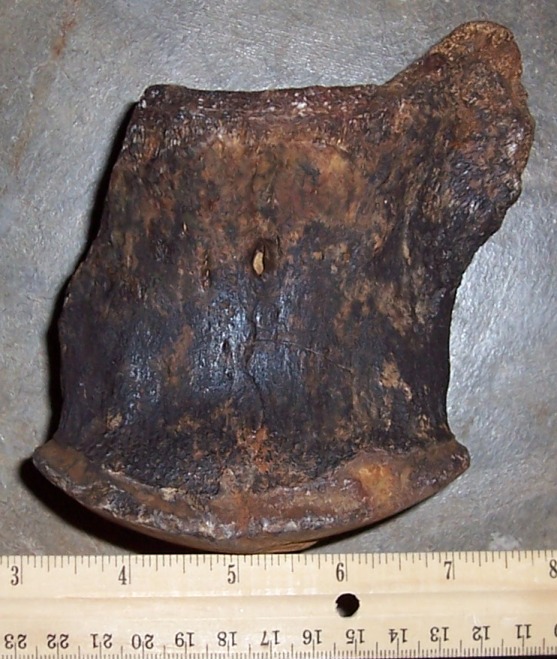 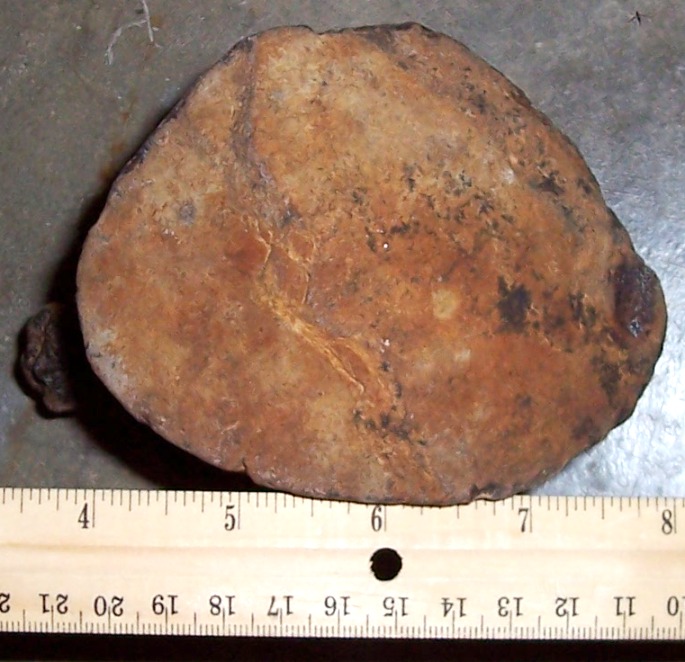 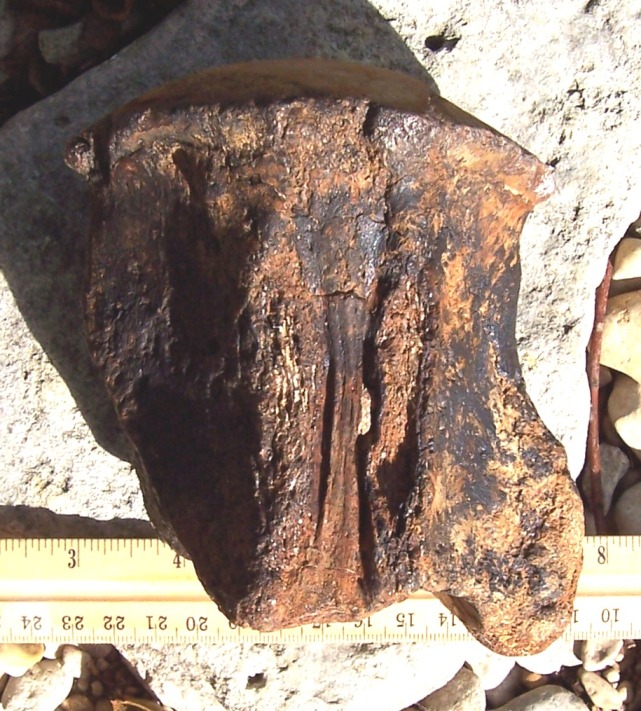