In 1886 a young adventurer scientist by the name of Angelo Heilprin (1853-1907) made his first expedition of many in a short but event filled career. He would later ascend Ixtaccihuatl and Popcatepetl volcanoes in Mexico and was the first scientist to arrive at the city of Saint-Pierre, Martinique after the eruption of Montagne Pelee killed 30,000 in 1902 and would return four years later descended into its crater. He embarked with Robert Peary on his expedition to Greenland in 1891 and led the Peary relief expedition the following year. He was a professor and later curator of the Academy of Natural Sciences in Philadelphia, a painter who exhibited in both the Pennsylvania and Boston academies of fine art, held a chair at Yale and was a founding member of the American Alpine Society. His exploration of the Florida west coast and Lake Okeechobee seems rather mundane today. A drive east along Florida State Highway 20 from Port Charlotte to Labelle by the farms and developments which parallel the channeled Caloosahatchee River and levied Lake Okeechobee belie the wilderness that existed a mere 125 years ago. In the late 19th century the large inland lake was not unknown but earlier attempts to reach it by the Caloosahatchee River ended in impenetrable swamp. Working under the auspices of the Academy of Natural Sciences and the Wagner Free Institute of Science, Heilprin set sail from Cedar Keys, Florida aboard the schooner Rambler with two wealthy Philadelphia backers Joseph Wilcox and Charles Brock, the captain Frank Strobhar and Moses Natteal the cook to access the lake by the Caloosahatchee River by way of the newly dredged canal of the Florida Land Improvement Company. Heilprin’s narrative of the expedition would result in Volume I of the Transactions of the Wagner Free Institute of Philadelphia. At times it reads more like Conrad’s Heart of Darkness than that of the first serious scientific study of the geology and wildlife of the South Florida interior. The descriptions of today’s St. Petersburg coastline and the panther inhabited interior seem alien compared to the present and his commentary on the over-harvesting of alligator in the Florida interior prescient. Of all the observations that he reported upon, none were as unexpected as the evidence of an ancient sea found within the canal banks connecting Lake Okeechobee. Heilprin at once recognized species in this shell bed different from those that presently inhabit Floridian waters and devoted a large portion of his publication on description of the fossils in the soft crumbly limestone that he named the Caloosahatchee Marl (fig. 1). 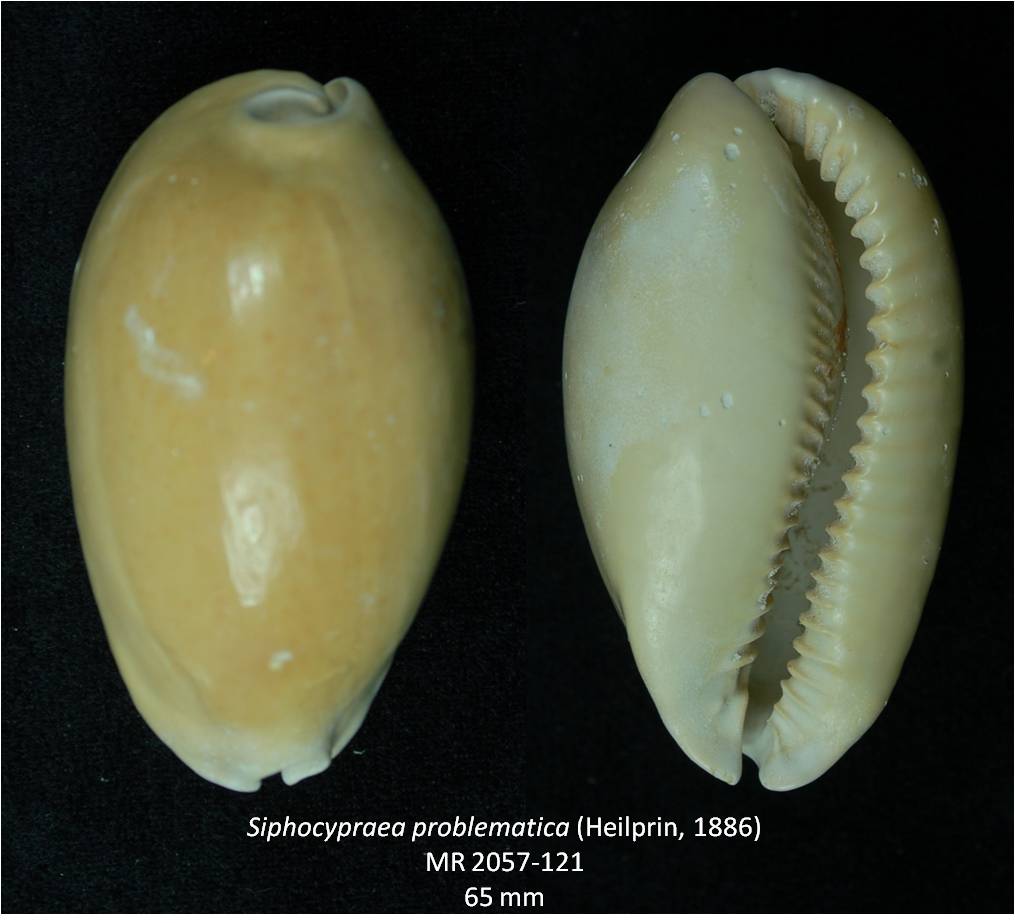 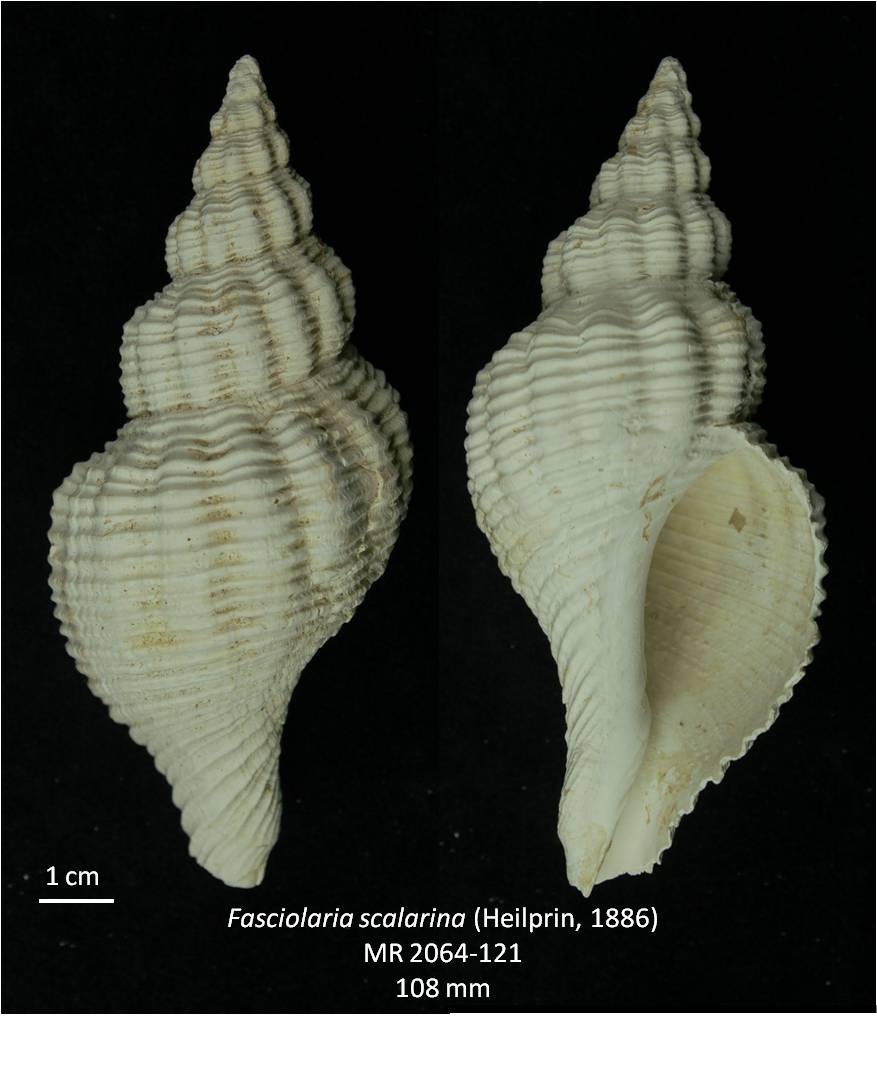 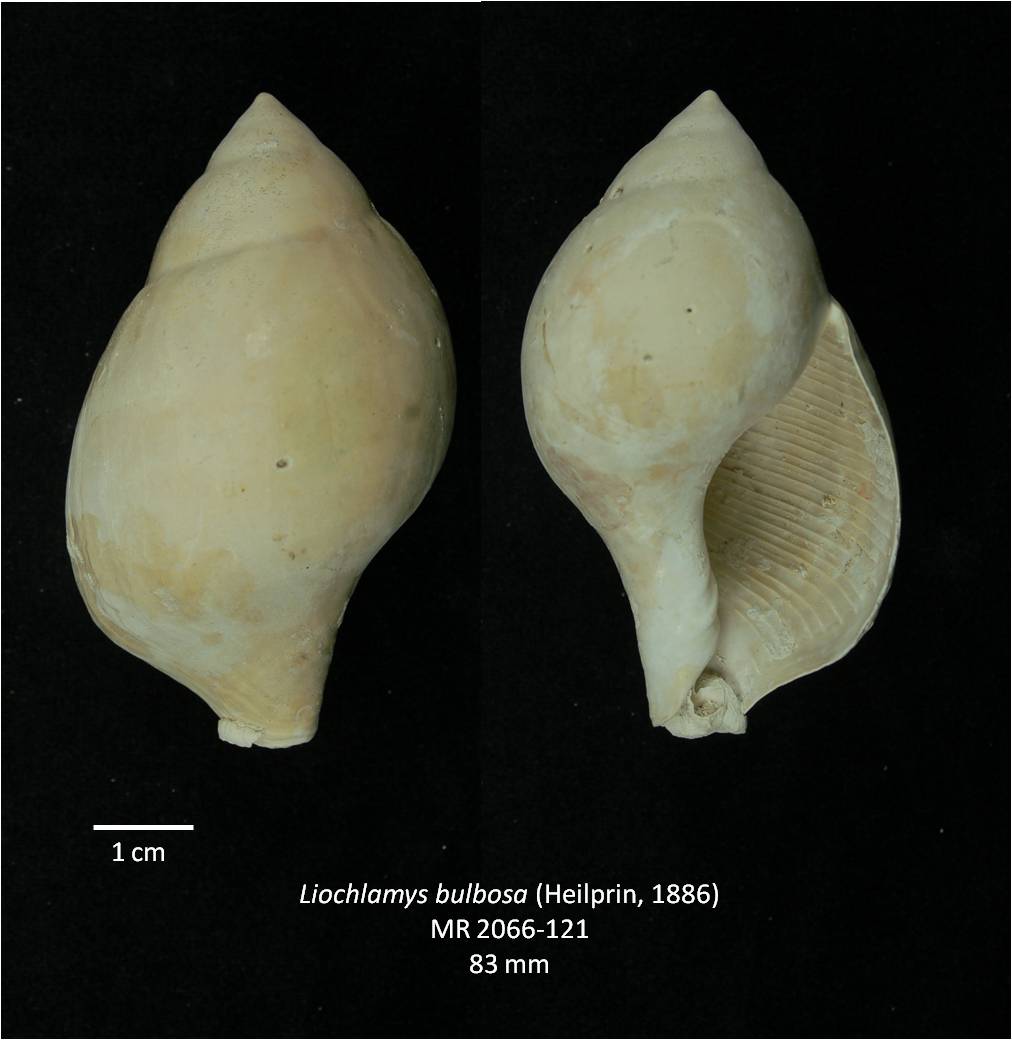 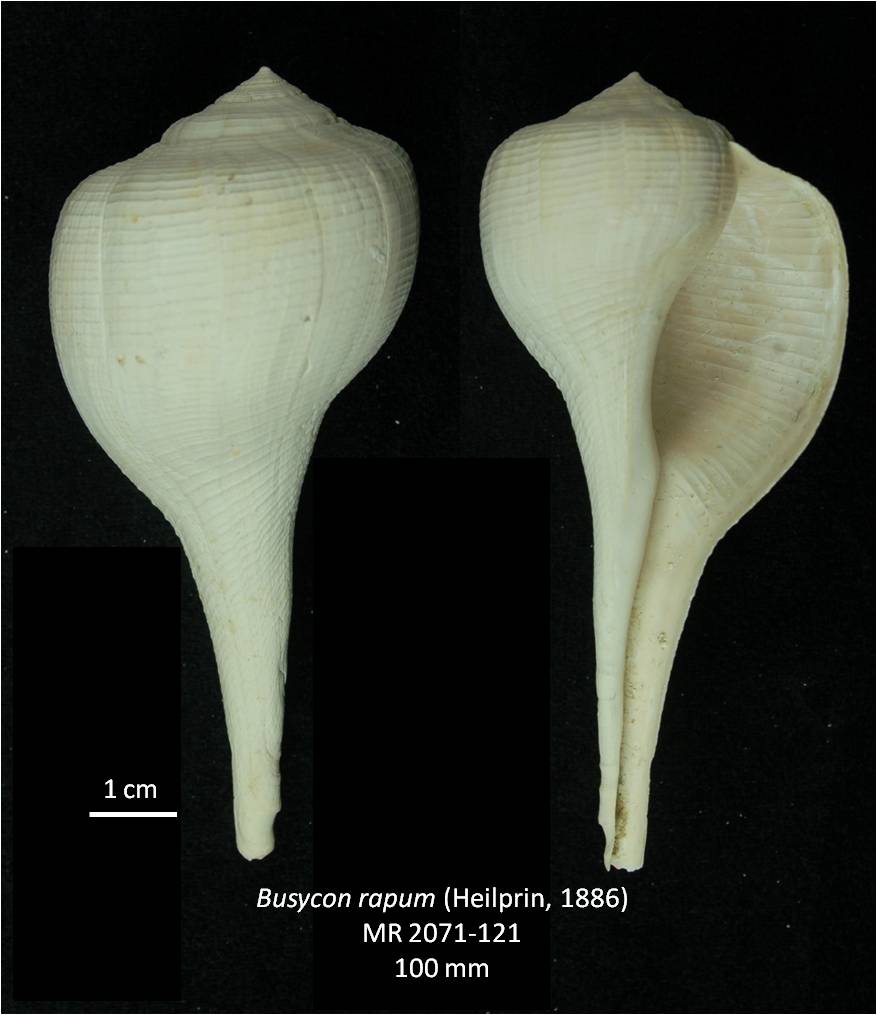 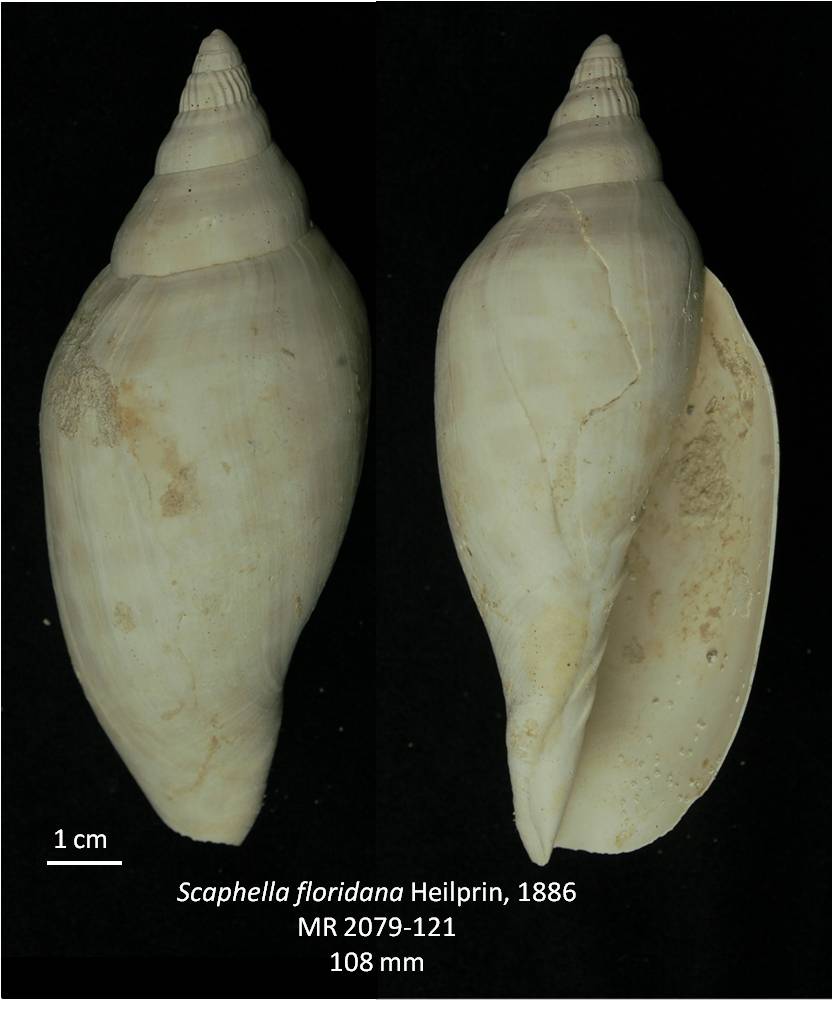 Figure 1. Endemic gastropods from the Caloosahatchee Formation. All are from Hendry County, Florida.

The fossil fauna found in what we now call the Caloosahatchee Formation succeed that of the underlying Pinecrest Beds. The regression that occurred after the final Pinecrest phase left the Everglades basin well above sea level for several hundred thousand years before being flooded once more by a global warm spell in the Early Pleistocene. The shallow inland lagoon that formed was superheated resulting in a truly tropical environment much different than that found along the Atlantic coast of the time. Although slightly less diverse than the preceding Pinecrest which preserved multiple facies, the Caloosahatchee was considerably richer than the contemporary North Florida Nashua, the Waccamaw of the Carolinas and the northernmost James City deposits. In the Caloosahatchee Formation along with mollusks are found vertebrates, echinoids (fig. 2) and corals. The presence of a large coral component in the white limey marl is typical of the Caloosahatchee. The coral fauna itself is less diverse than that of the corresponding Caribbean however much more abundant in individuals than that of the Pinecrest and consists of Upper Pliocene survivors, Caribbean immigrants and endemics (fig.3). 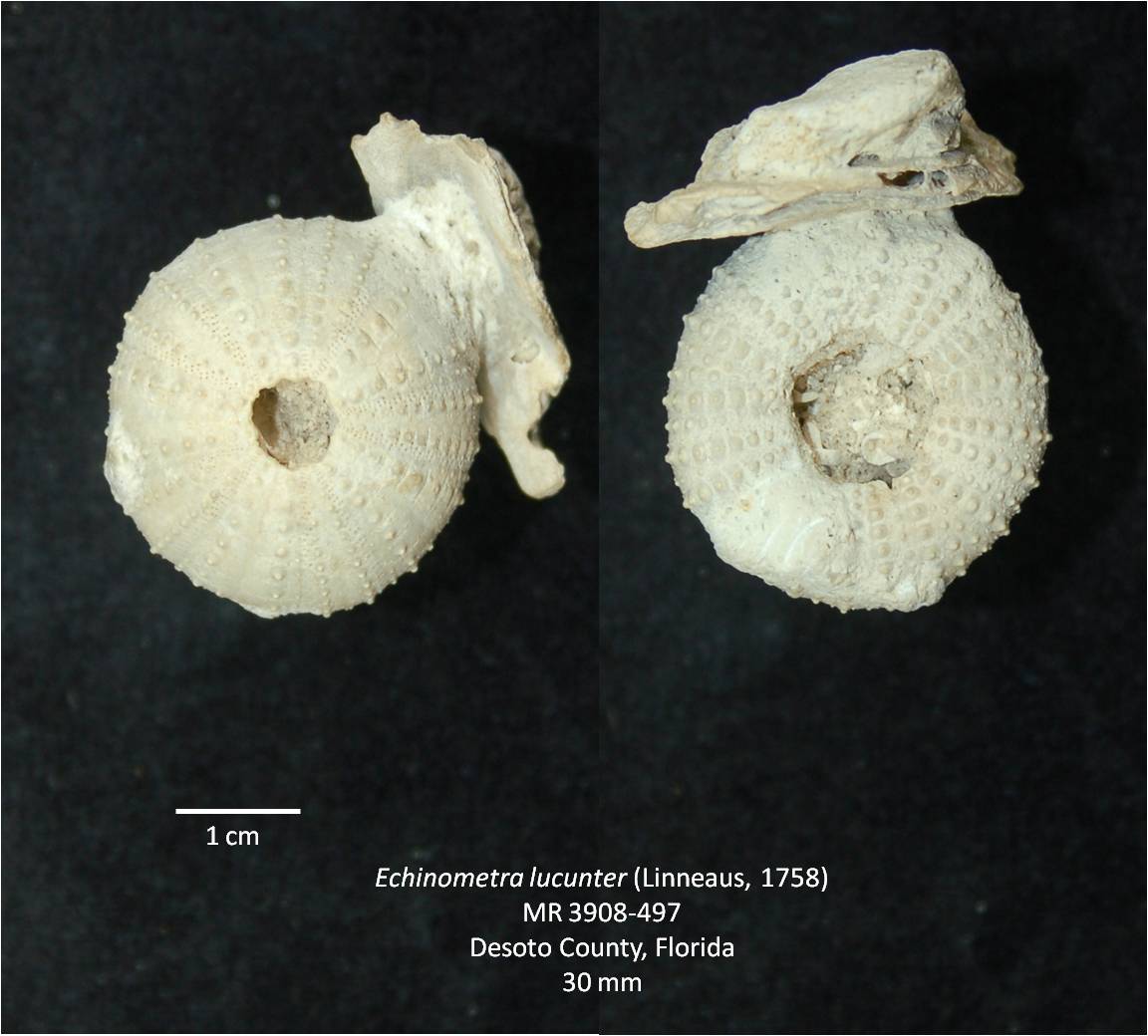 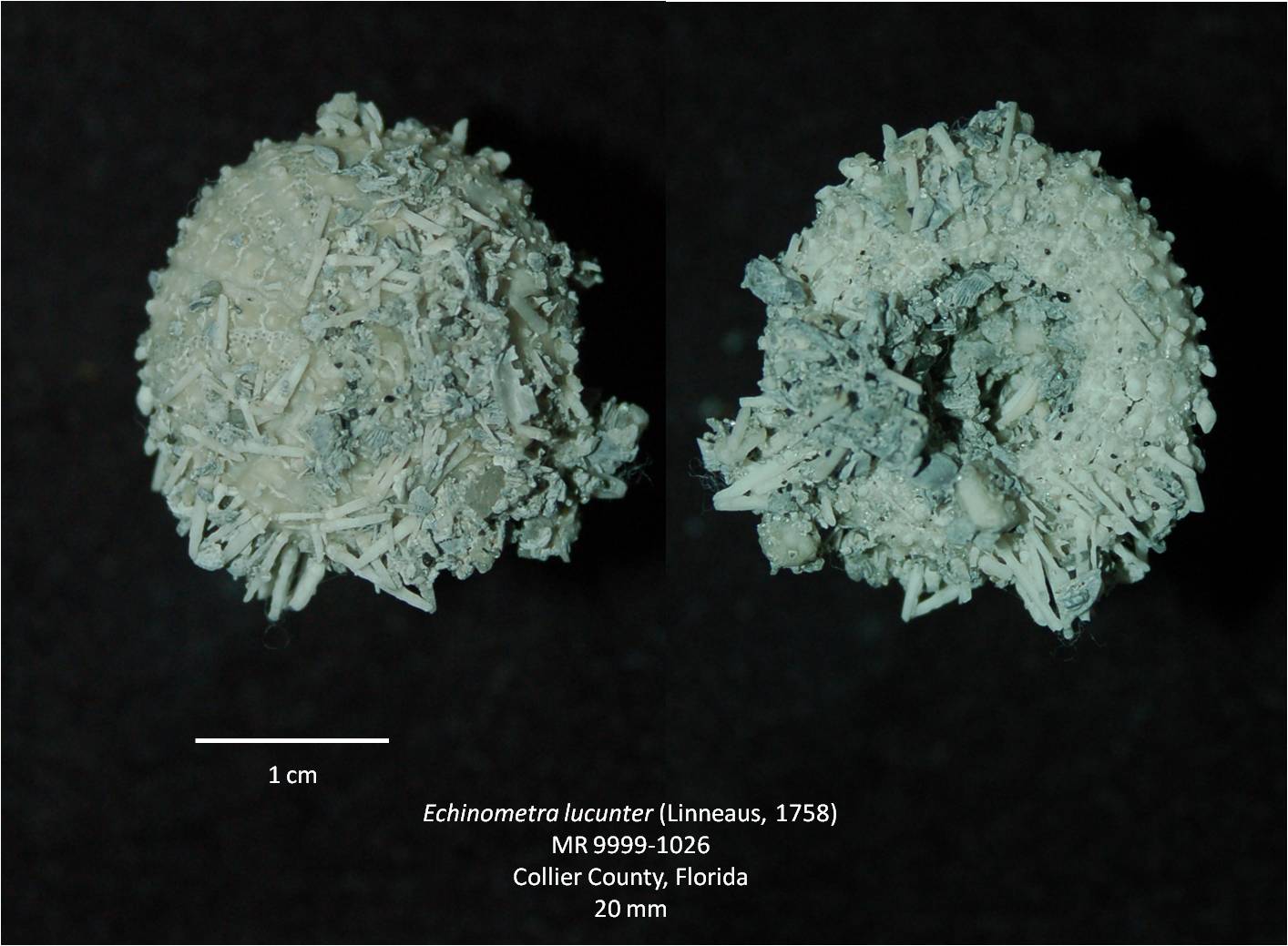 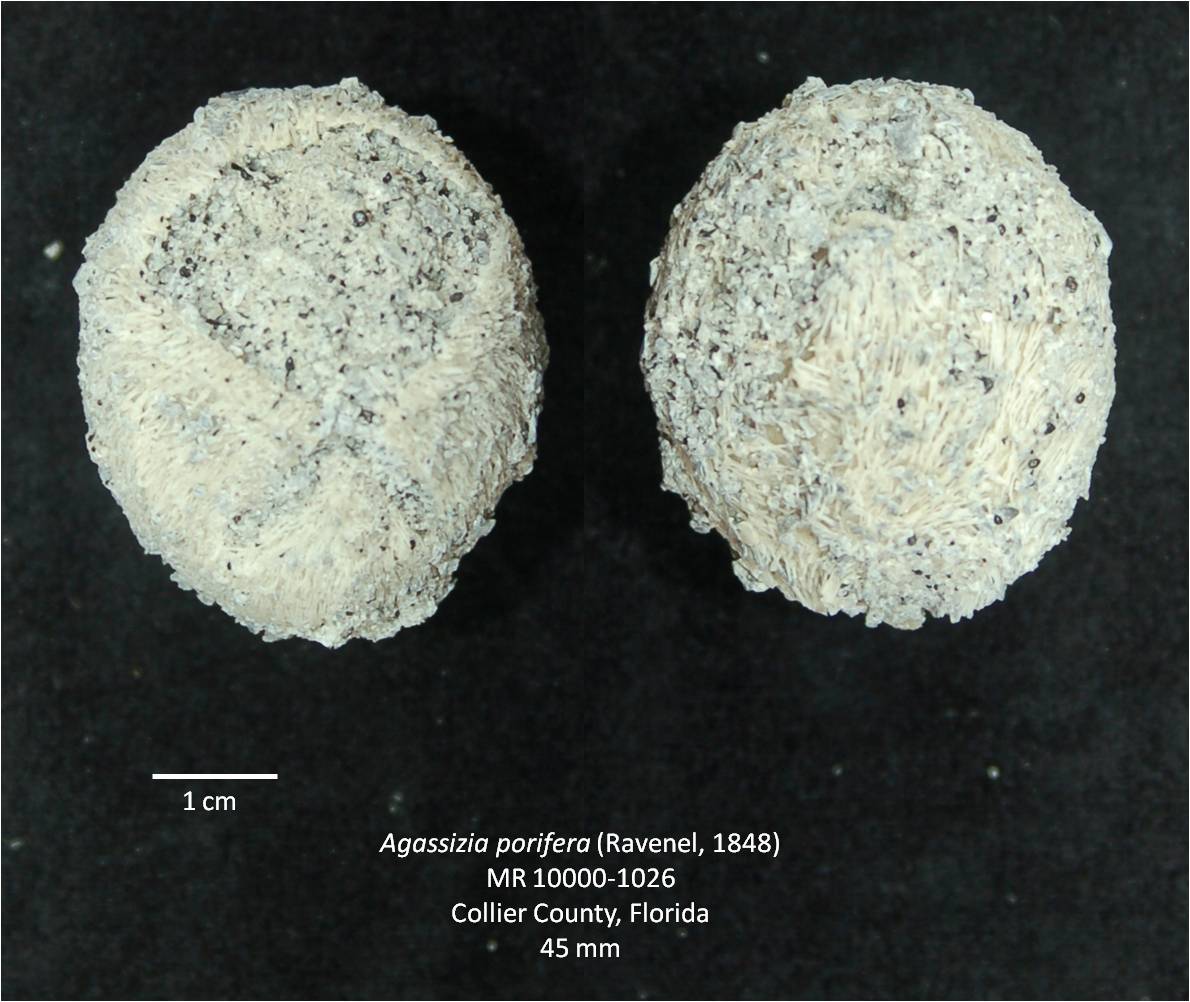 Figure 2. Echinoids from the Caloosahatchee Formation. Specimens in the middle and on the right have spines preserved. 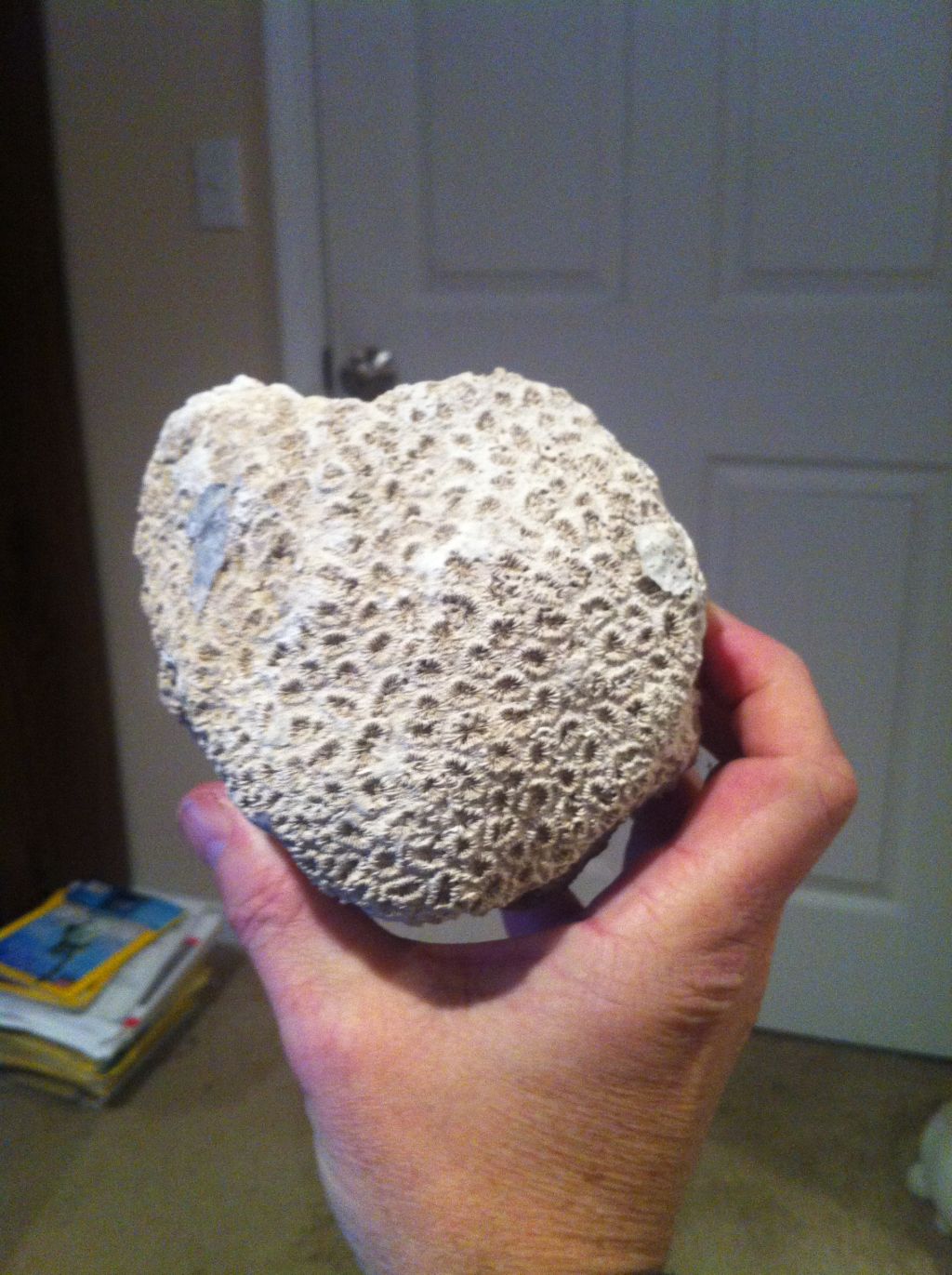 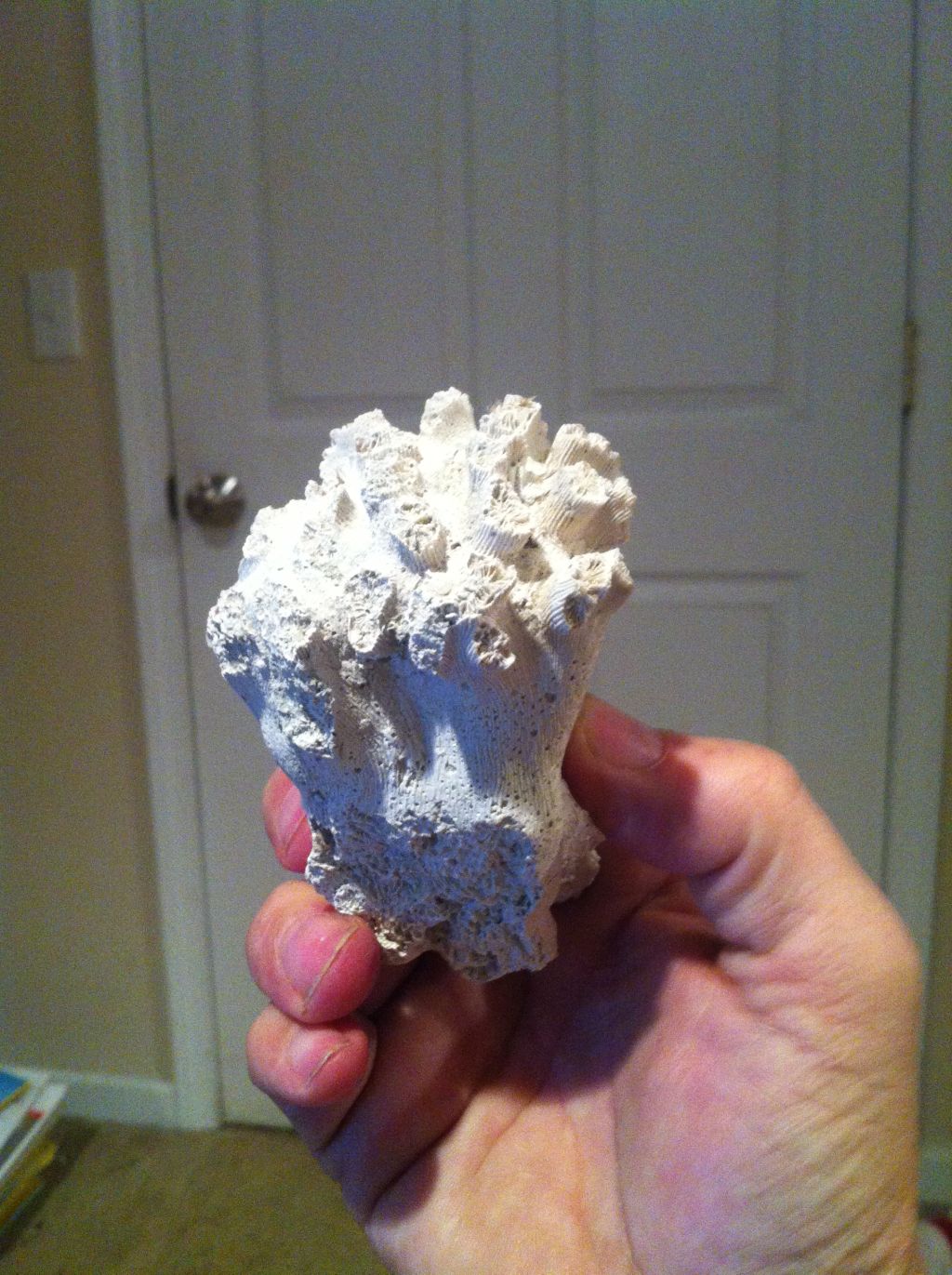 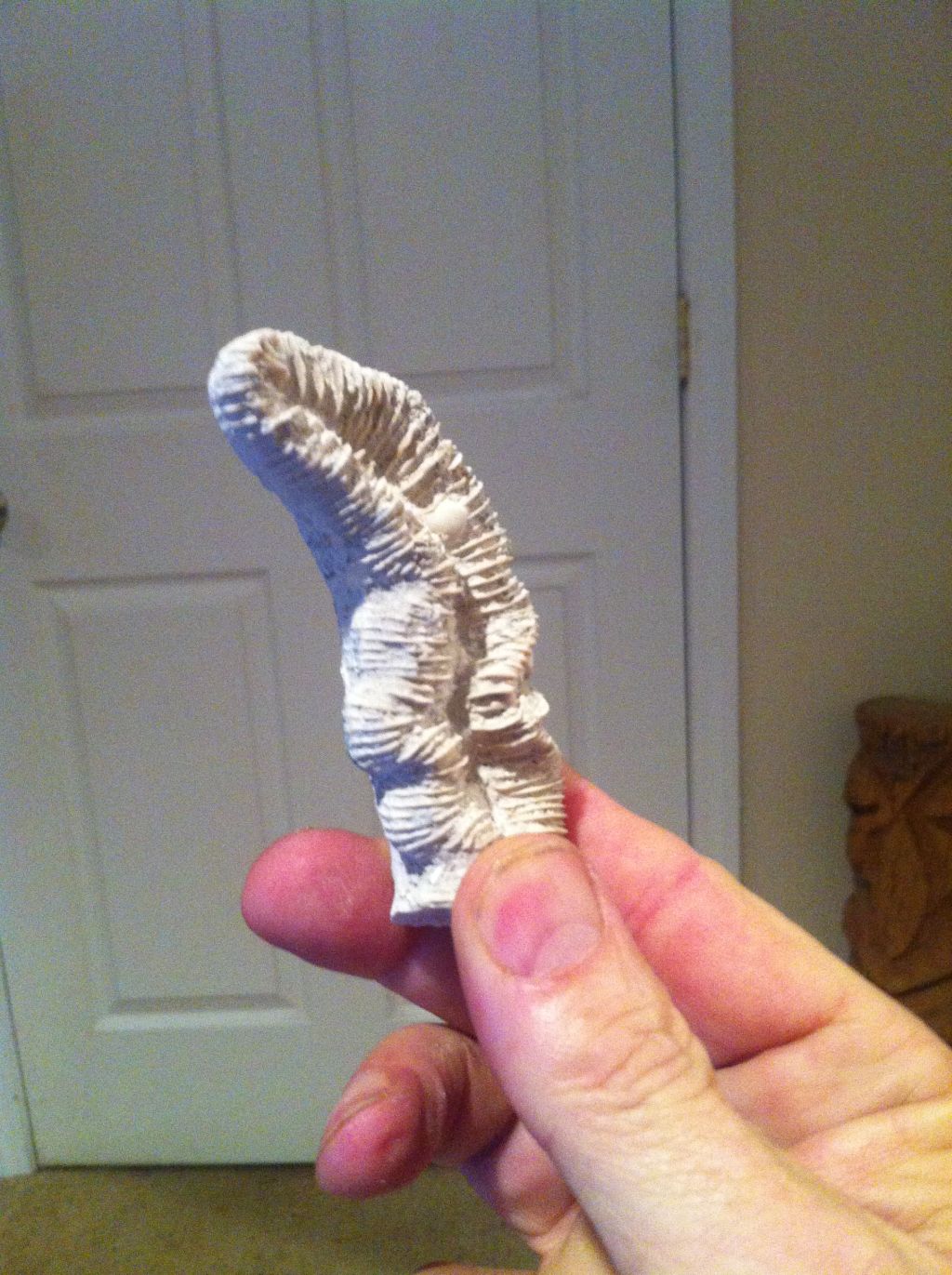 Waller, T.R. 1969. The evolution of the Argopecten gibbus stock (Mollusca: Bivalvia), with emphasis on the Tertiary and Quaternary species of eastern North America. Journal of Paleontology, Memoir 3 (vol. 43, suppl. to No. 5).