Part of the fascination with fossil shells is the excellent preservation which occurs under the proper conditions. With the exception of color, specimens whether shell, coral, or echinoderm, many times look as if they were picked off of a beach. Yet careful examination reveals differences between fossil and recent related species which demonstrate changes within taxa through time. Often overlooked however, are the geological processes which form shell beds. A principle of global geology is transgressive/regressive sea level rise. During warm periods, less water is captured in ice caps and glaciers resulting in a rise of sea level. As oceans encroach upon dry land (transgression) marine environments move accordingly and remains of organisms become deposited within building sediments. The process is not linear but gradual and the remains of these organisms are concentrated through currents and storms in dense accumulations by the process known as winnowing. As water levels continue to rise, the shallow marine zones which contain the most abundant life move according to optimum depth. Sediments continue to accumulate but into zones containing few macro organisms. When global temperatures drop, water is once more captured in ice and a regression of the oceans occur which remove sediment as sea levels retreat sometimes removing fossiliferous zones created during the previous transgression. When the next transgression cycle occurs, shell bed formation can be deposited on top of an older bed resulting in a time gap or unconformity. In Florida, species identification based upon age is particularly difficult where the southern most part of the state is only a few feet above sea level and fossils can only be obtained from quarries in which mining might go through several different beds producing specimens out of spacial context (fig. 1). 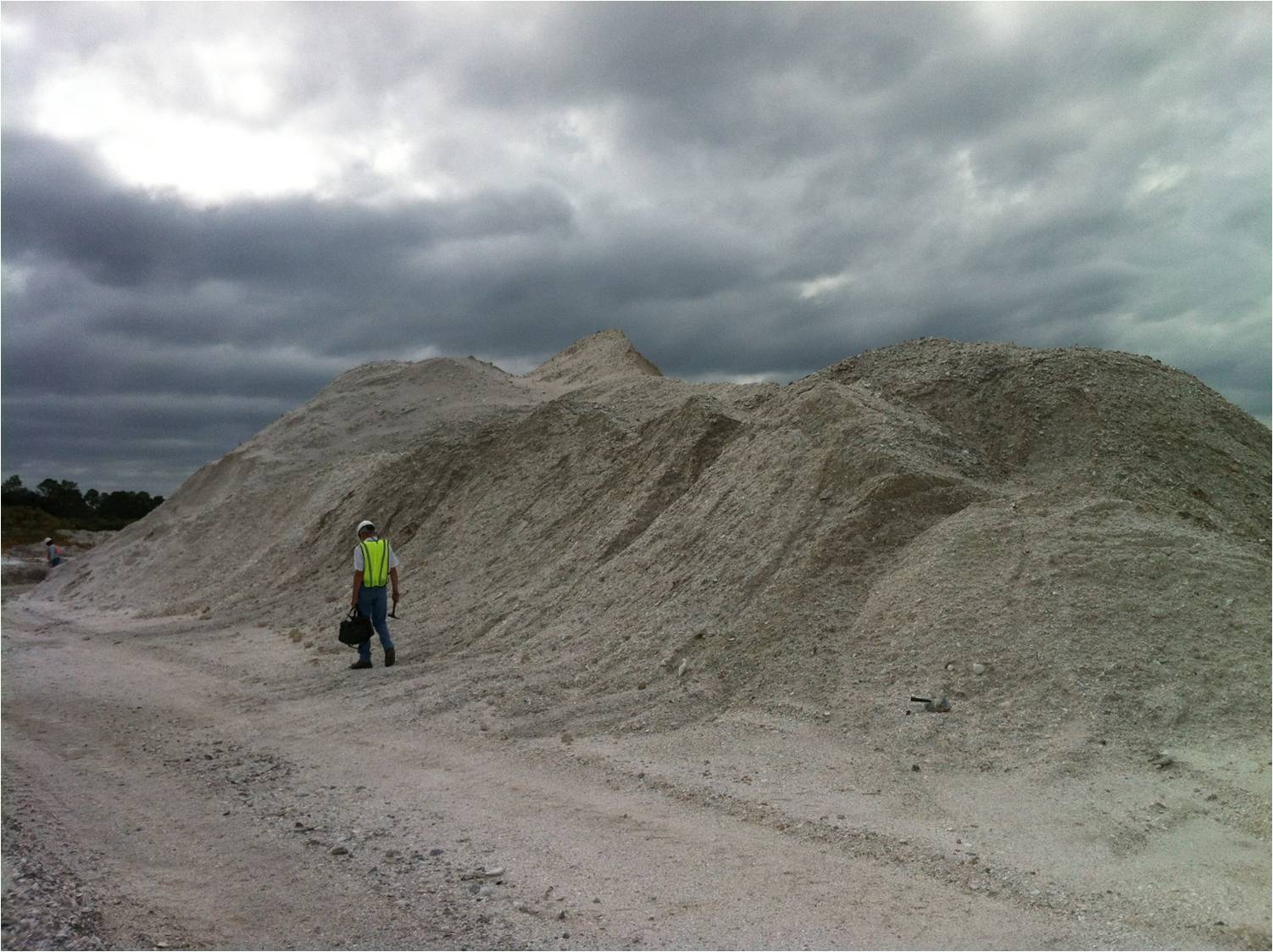 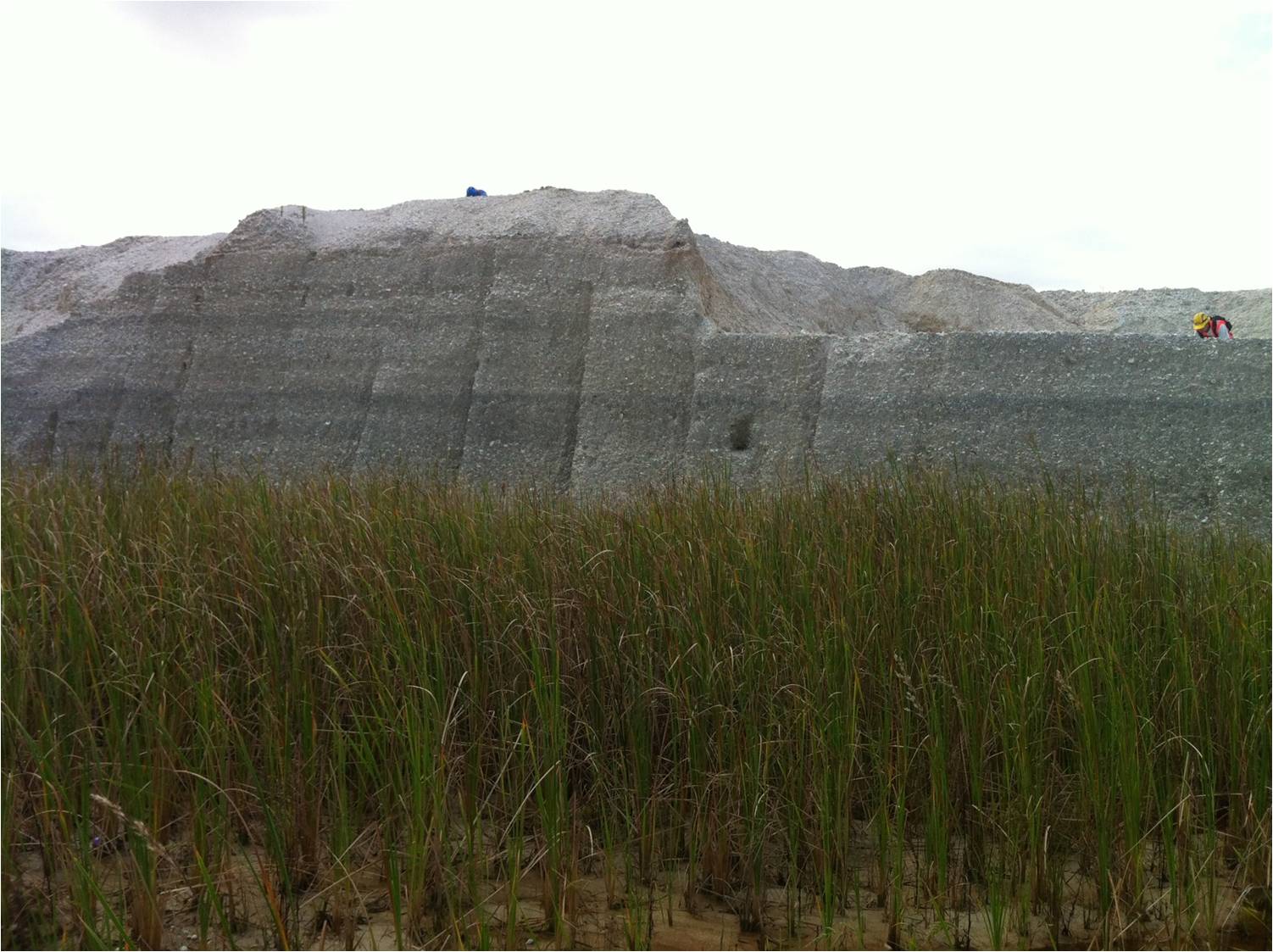 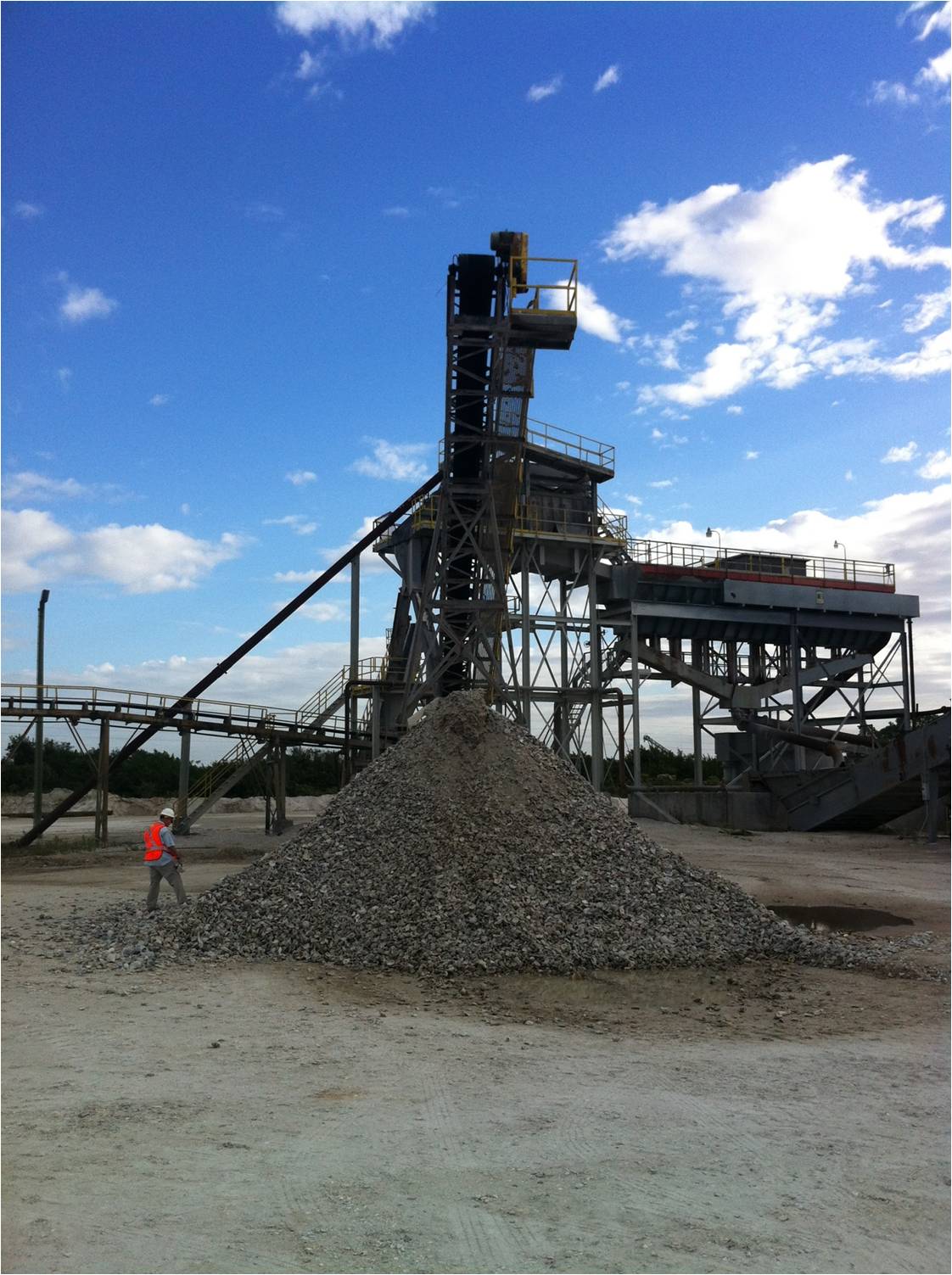 During the late Pliocene one such period of warming produced shell beds worldwide which can be correlated as to age on the basis of calcareous nanofossils and magnetostratigraphy. This period is called the Piacenzian stage based upon the incredibly rich shell beds near the Italian city of Piacenza. During this period Italy was no more than a sliver of land with the Adriatic reaching as far west as Turin. In northern Europe the English Channel was much wider as sea levels flooded west to London and eastward over much of the Netherlands and East Flanders. There was not a arctic ice cap and sea otters ranged up to the northern shore of Alaska where their fossilized remains have been found. In the Southern Hemisphere, the high southern shore of Australia was flooded as much of the Nullabor Plain was a shallow sea (fig. 2). 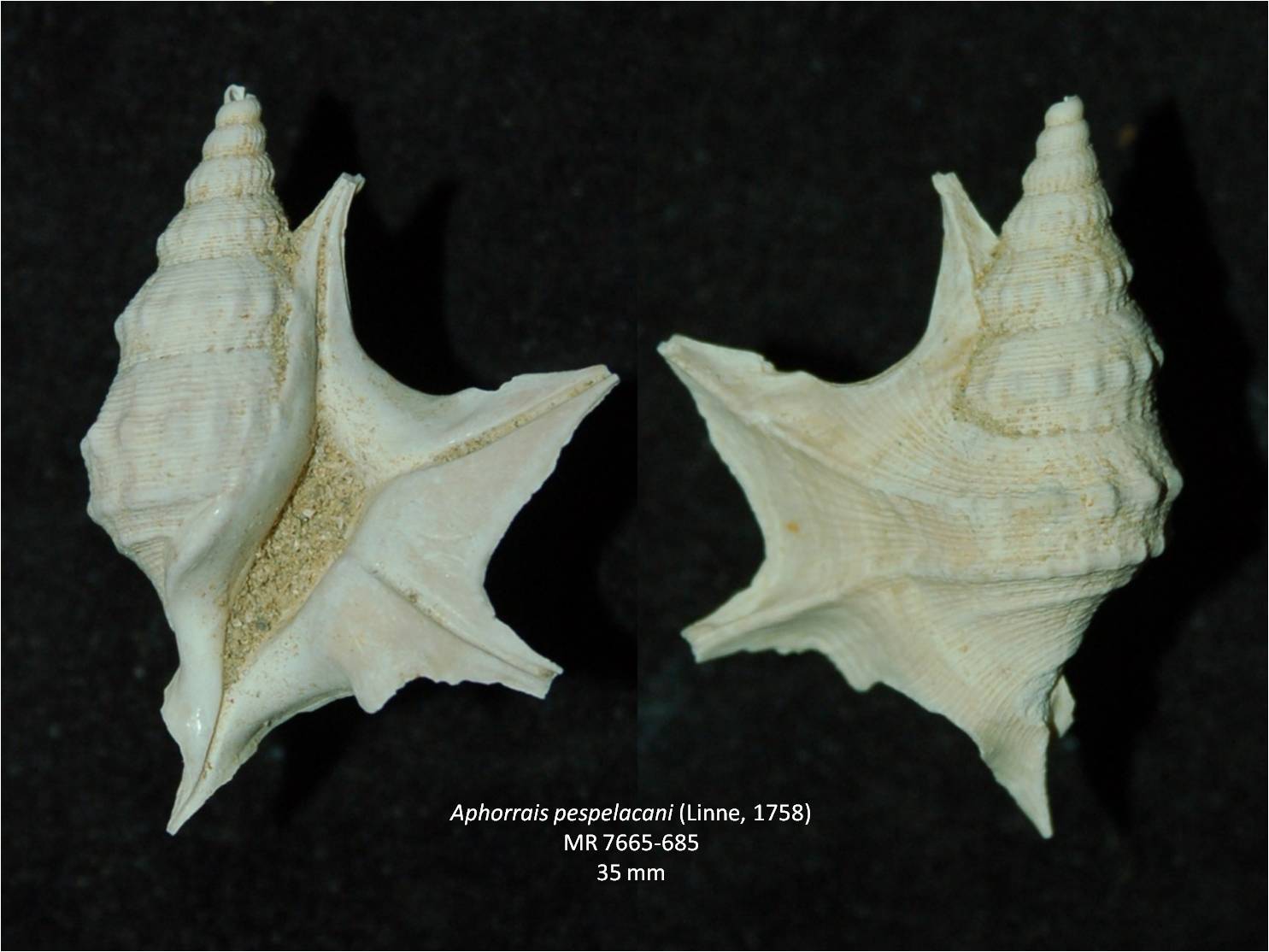 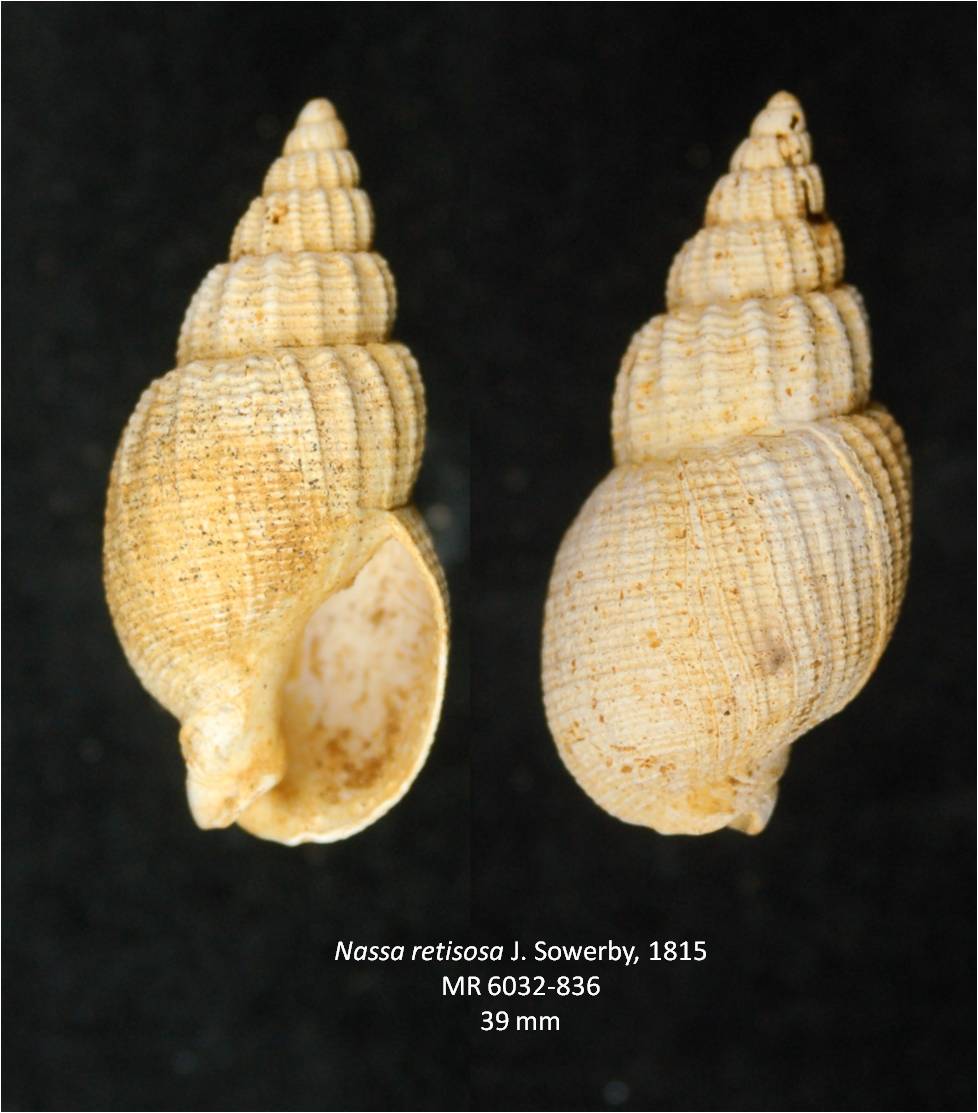 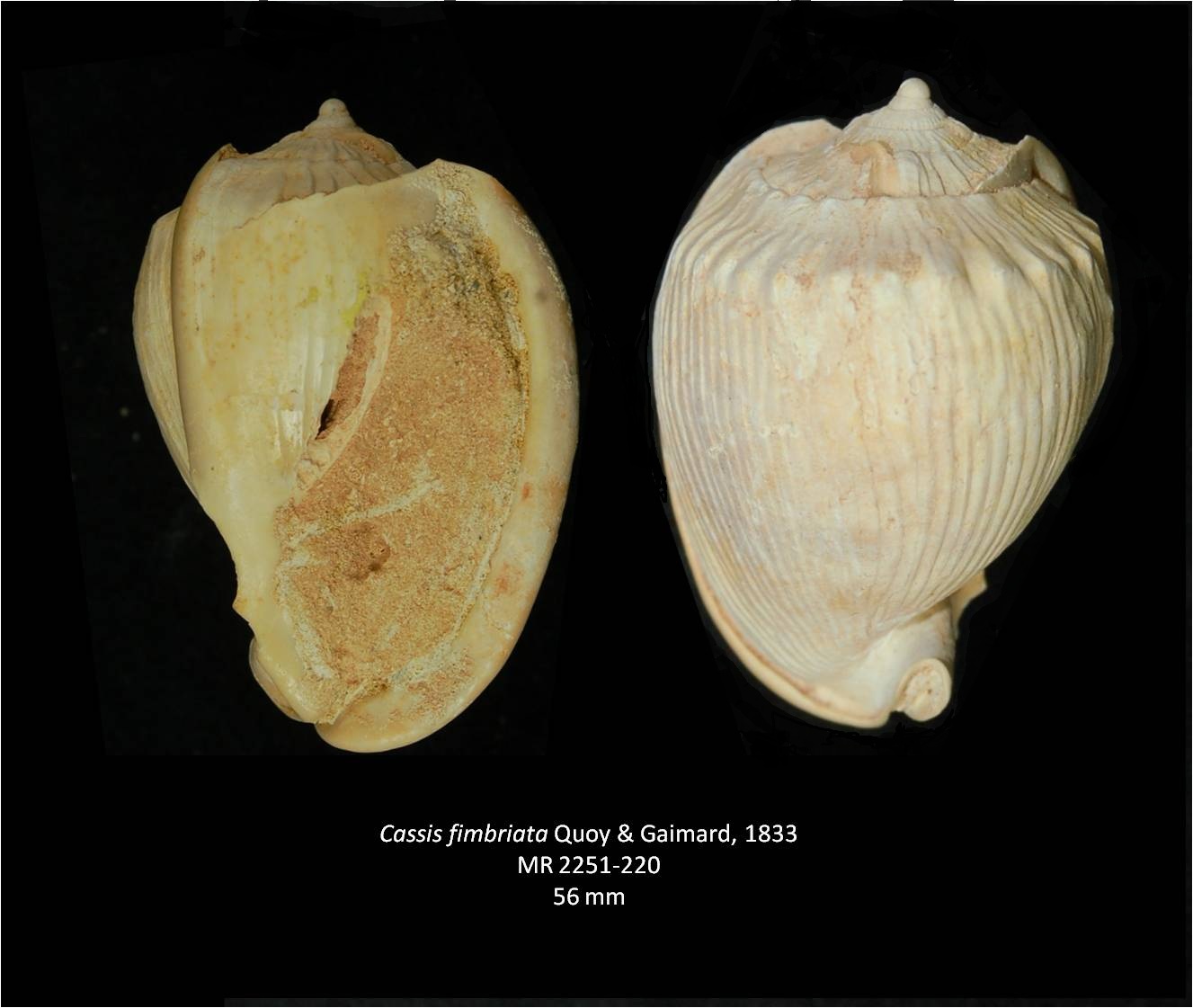 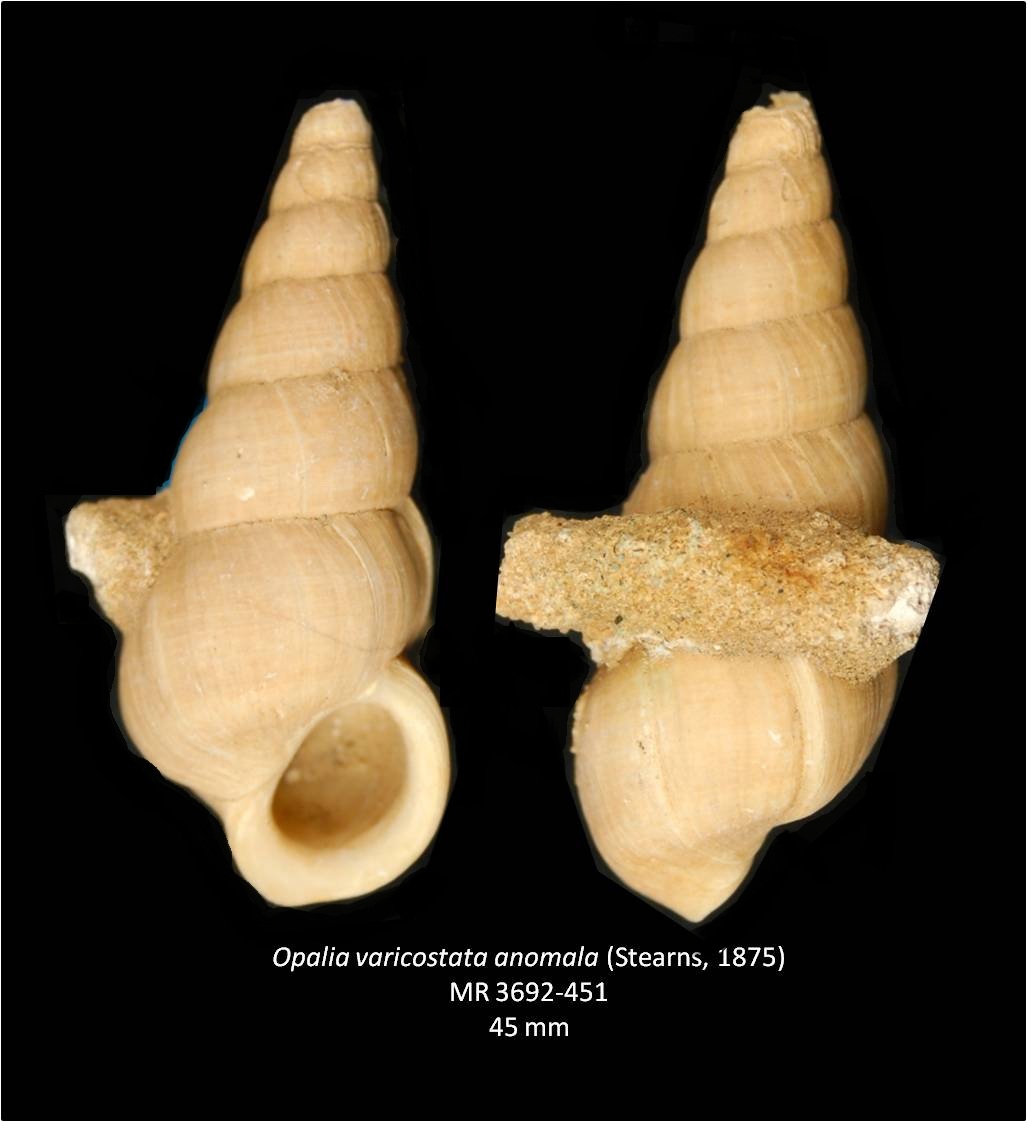 The main regional geological event in North America just prior to the Piacenzian was the final closure of the Central America isthmus which forced warm equatorial waters up the North American eastern seaboard producing a local marine mass extinction. The Atlantic Ocean flooded the Salisbury Embayment covering much if not all of the Delmarva Peninsula, eastern Maryland and Virginia almost to the fall line in northeastern North Carolina. The shell beds formed here are referred to as Zone 2 Yorktown Formation. Further south the Western Atlantic extended from a line west of Robeson, North Carolina; Florence, South Carolina; the Okefenokee Basin in Georgia and Jacksonville, Florida. A secession of beds were laid down in this area during the Piacenzian, the best known being the Duplin Formation. The northern Gulf of Mexico reached almost to the Georgia state line depositing the Jackson Bluff formation while in the flooded Everglades Basin, the Tamiami Formation was formed. All of these beds can be correlated to each other based upon the mollusk taxa that they share (fig. 3). 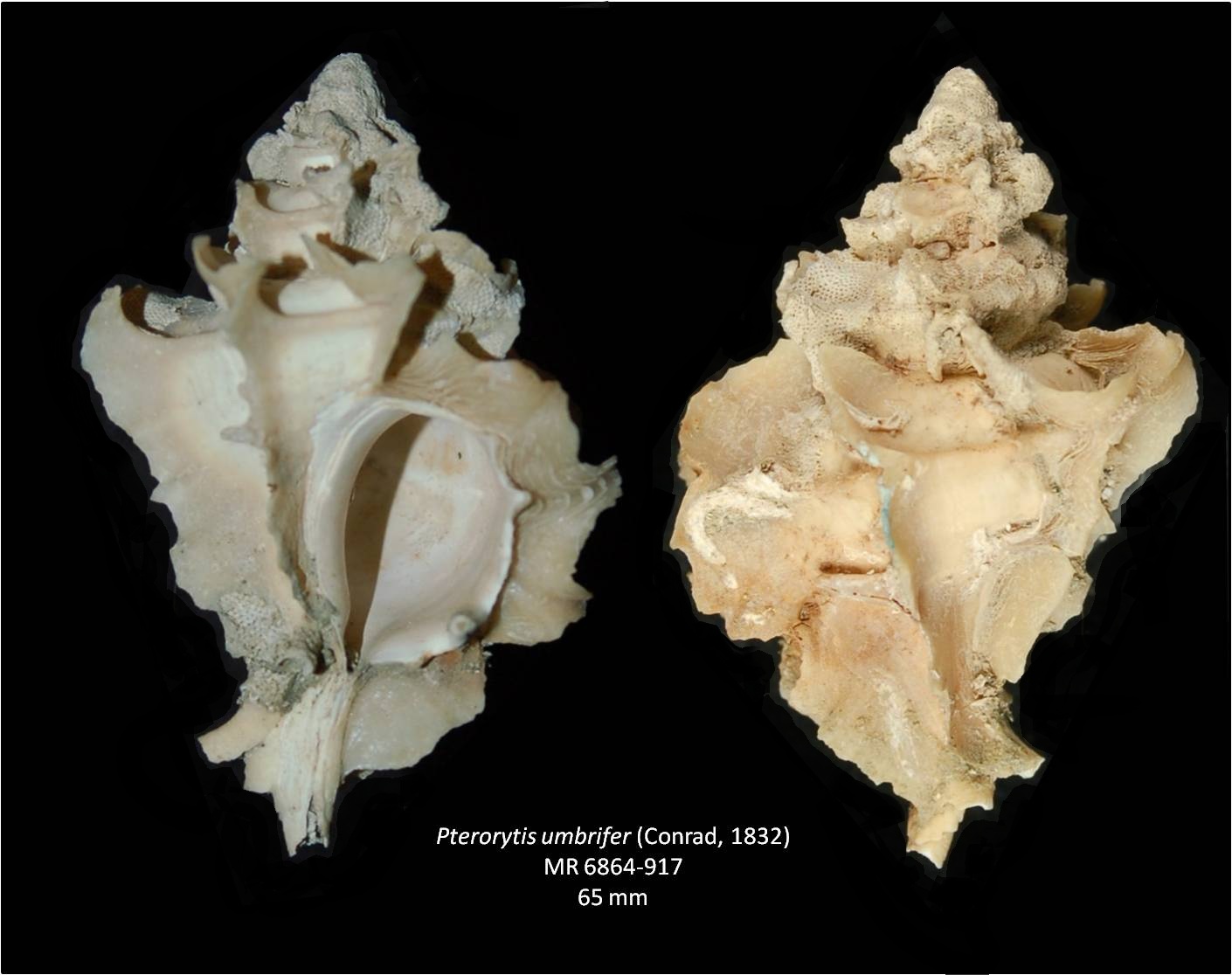 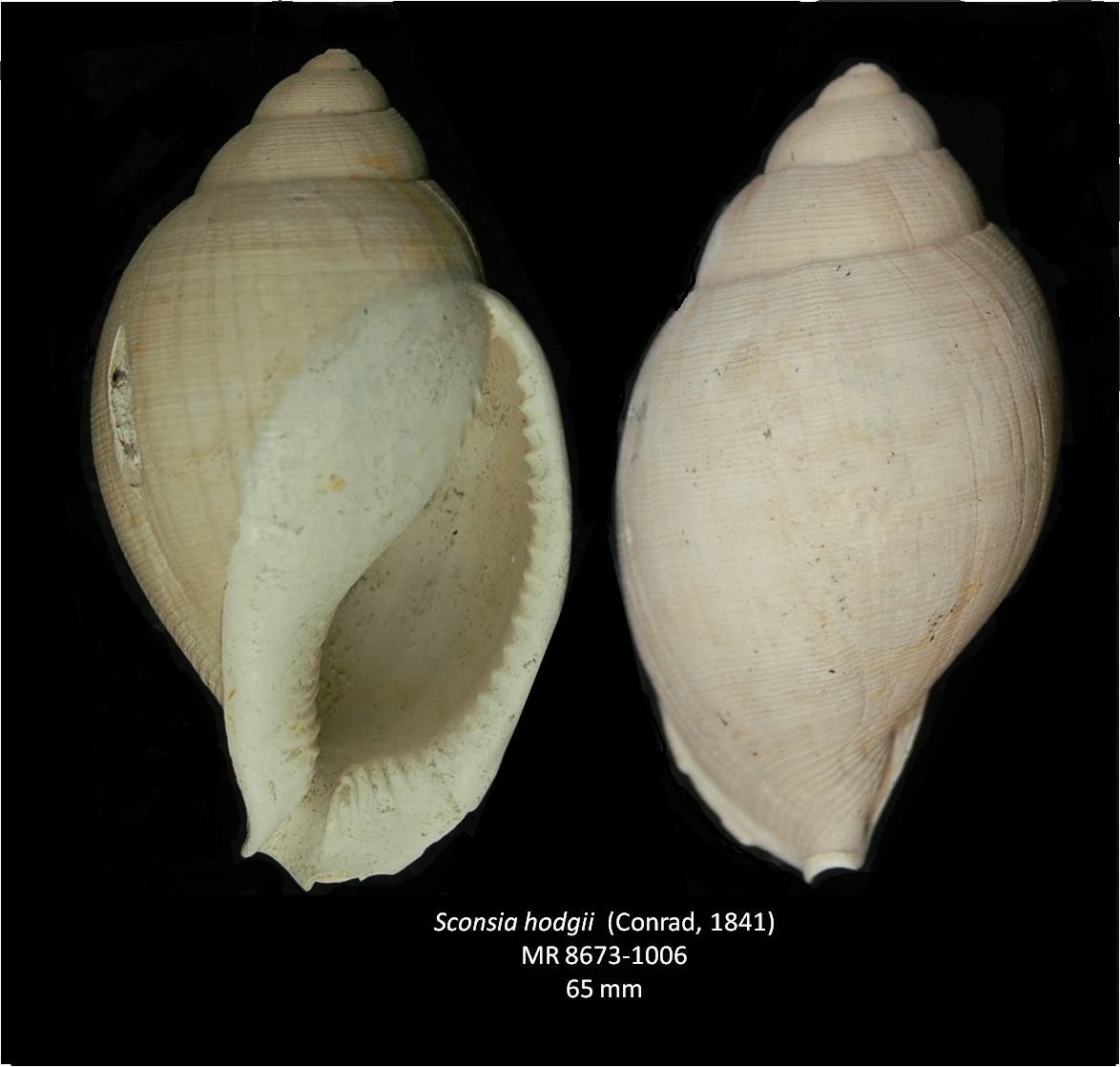 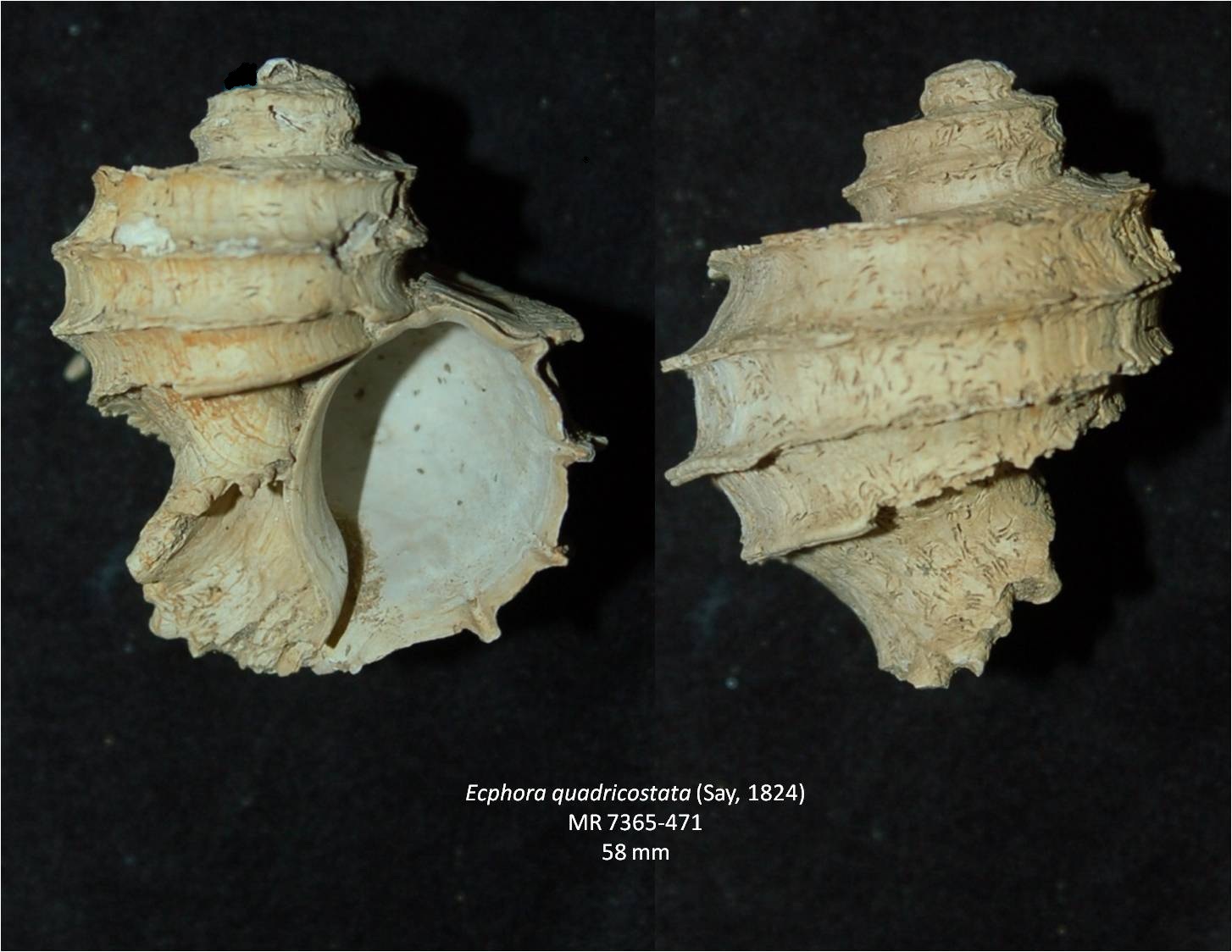 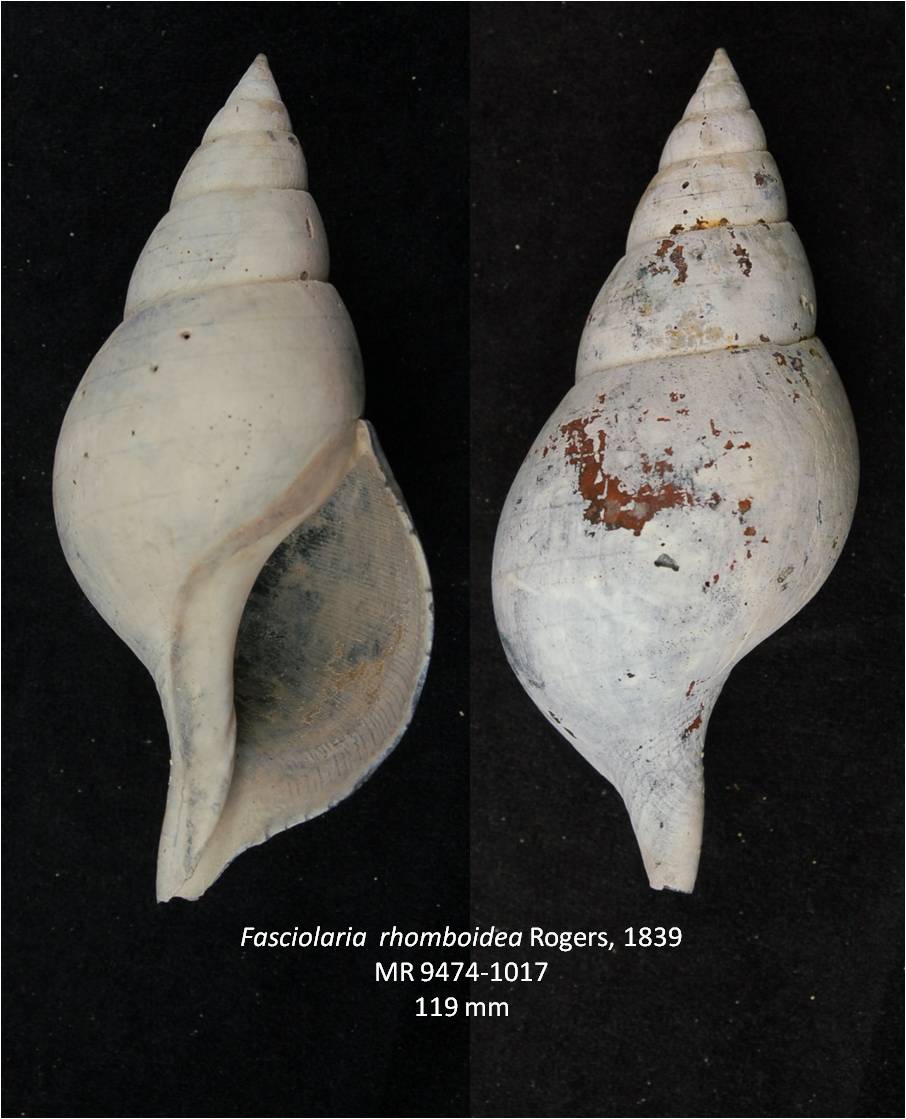 This post represents an update to my Pliocene Project which I began in early 2012 resulting in a species list in 2013 of my Upper Pliocene collection organized and cross-referenced according to species found across the southeastern United States. Between that initial compilation and this one, however, I found that the methodology in which I performed identification was flawed. It is easy enough identify species one location at a time and to organize a collection by horizon, however when I began looking at those identifications side by side I found that there were errors. To rectify the discrepancies I reorganized my collection taxonomically as opposed to stratigraphically. Although this led to a great deal of invested time, the deep dive into taxonomy using descriptions within the original references has improved the accuracy and the confidence that have with the phylum mollusca, which I like to refer to as the “insects of the sea” based upon their numerical diversity. The expansion of the Piacenzian species list below includes the additions from my collecting efforts in the Tamiami Formation in 2013 and from the Chowan River Formation in 2014. A few corals, mollusks, and vertebrates were added to the list from the Pinecrest however the list was significantly increased with mollusks from the Chowan River Formation which introduced a number of Lower Pleistocene mollusks which first appeared towards the end of the Pliocene.

My plan is to periodically update the list as I will continue to collect within the Piacenzian particularly at SMR prior to its closure. Also on tap for 2015 is a concerted effort to investigate Duplin deposits in the Carolinas which contain many endemic species and is represented in my collection from only two localities.

Although I have previously listed many of the references below these are the ones that I have used the most for species identification. The website for the World Register of Marine Species (WoRMS) has been particularly useful for providing the most updated names of mollusk genera.

Gibson, Thomas G. 1987. Miocene and Pliocene Pectinidae (Bivalvia) from the Lee Creek Mine and Adjacent Areas in Geology and Paleontology of the Lee Creek Mine, North Carolina, II. Smithsonian Contributions to Paleobiology No. 61.

Waller, T.R. 1969. The evolution of the Argopecten gibbus stock (Mollusca: Bivalvia), with emphasis on the Tertiary and Quaternary species of eastern North America. Journal of Paleontology, Memoir 3 (vol. 43, suppl. to No. 5).

Williams, Margaret. 2006. Shallow-Water Turridae of Florida and the Caribbean. Self published.

Zullo, Victor A., 1992. Revision of the balanid barnacle genus Concavus Newman. Supplement to Journal of Paleontology, v. 66, no. 6, pt. II. 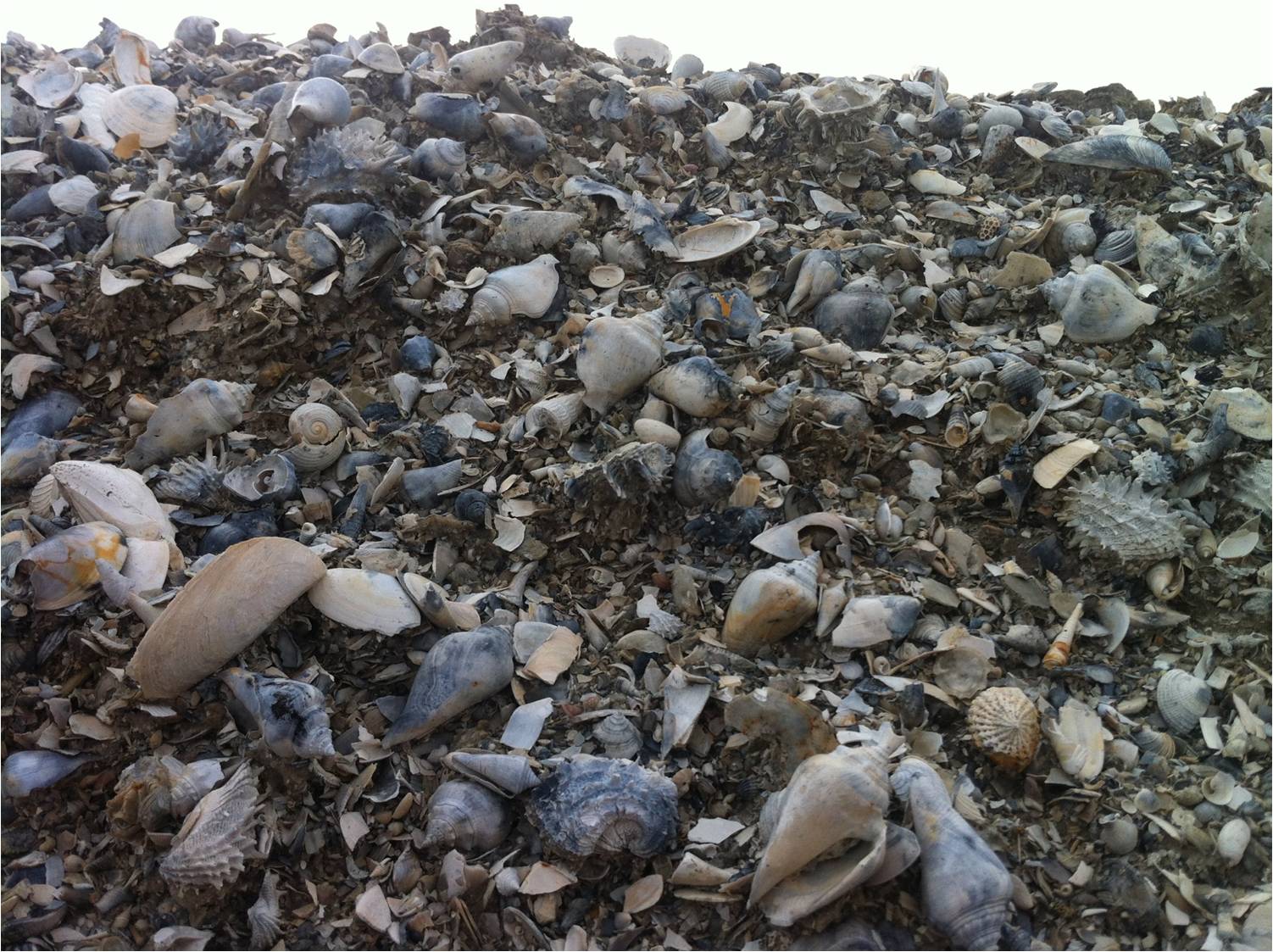