Yesterday was attempt  number two at finding exposures of the Eagle Ford formation. My first attempt a month ago found me deep in the city of Austin, searching for the Bouldin Flags member of the Eagle Ford. I had to move upstream to avoid a large homeless camp, and found myself on the Austin chalk instead, where I found a large piece of a Parapuzosia sp. ammonite ( that trip is below)

While definitely a memorable hunt, with a cool fossil to show for it, it was technically still a mission failed - the Eagle Ford  still eluded me.

So yesterday, i decided to try again, this time scoping out a spot where I believed the Eagle Ford might be permanently exposed, right here in my own town of Round Rock, which is just north of Austin in Williamson county.

Getting there took me to a park I was already familiar with, to my surprise. The plan was to use the park as an access point to take a long walk to where a creek ran through a tiny section of Eagle Ford, as detailed by the USGS map.The park itself also sits on Eagle Ford, but google maps didn't show any bodies of water that could expose it, save for the creek a mile or two down that I was expecting to walk down to (using the park as a place to park)

The thicket was atrocious. I was walking through a dense, horrible wall of greenbriar and poison ivy. Fortunately, my observation is that poison ivy hardly ever causes a reaction in me - perhaps I've plowed through so much that my body is used to it, lol.

To my surprise, I rather quickly stumbled upon a tiny little stream - too small to  have shown up on the maps I was using. Remembering that this area should also be Eagle Ford, I decided I might as well scope it out. 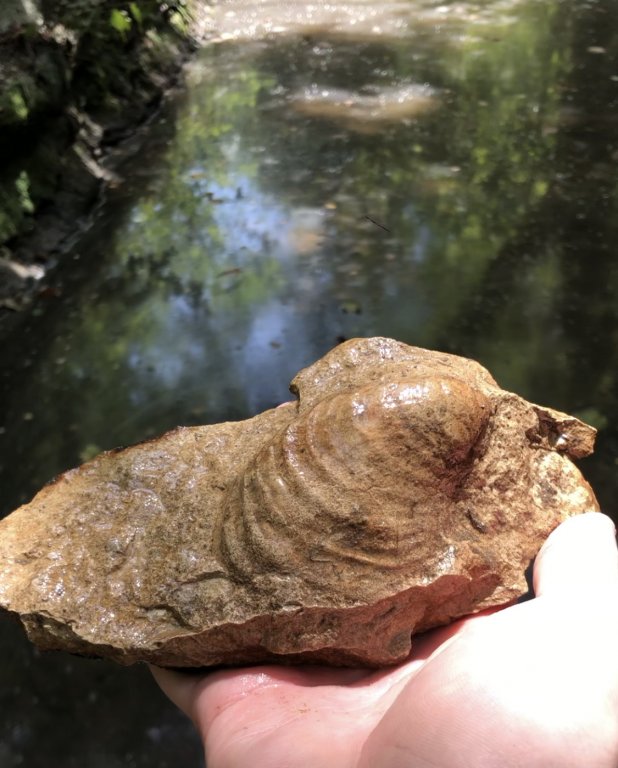 The one, tiny gravel bank it had produced two cool finds immediately - one smooth ammonite section, followed 30 seconds later by a smaller complete ammonite. From glancing, I think my second one is a Mortoniceras sp. 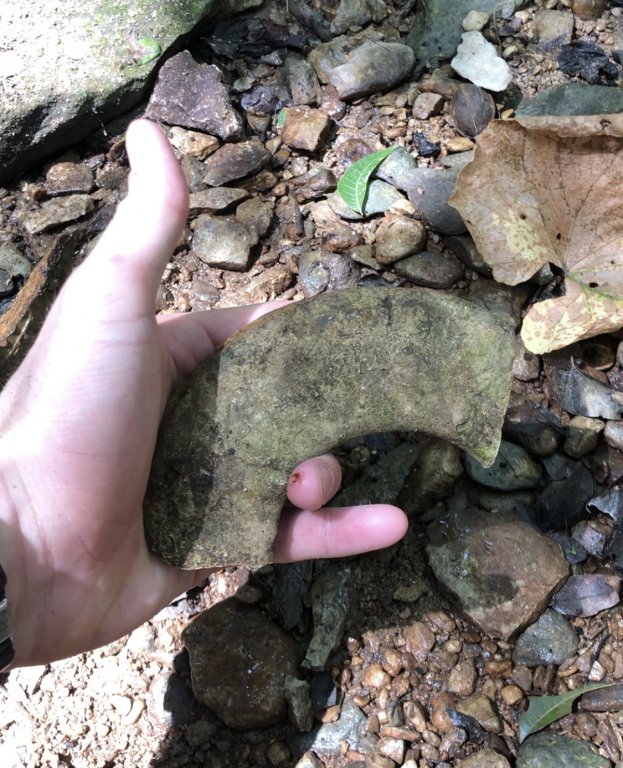 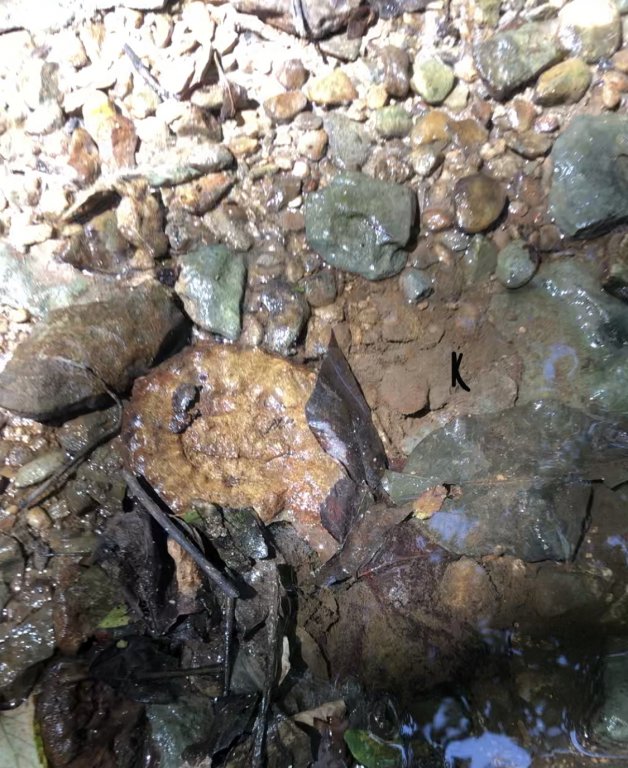 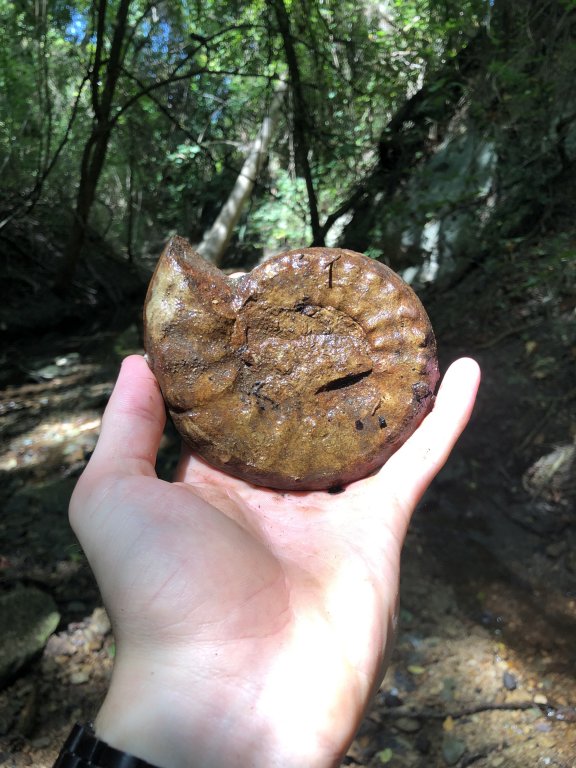 This was the the only gravel bank here, so I decided to beat my way back to my car and find a different way of accessing the creek shown on the map. I would park at a nearby neighborhood instead. Getting there, I was surprised to recognize the neighborhood of my friend who I fish with. I called him and asked if he wanted to hunt with me there. He had work coming up, but an hour to spare, so we set off into the creek.

Under a bridge, I poked around and found a mammal bone protruding out. Pulling it out revealed some great colors on one side. "Did...did we just find an actual old bone under this nasty bridge of all places??" - and to that I answered maybe! We decided to set it by a pillar where I wouldn't forget it on the way back. 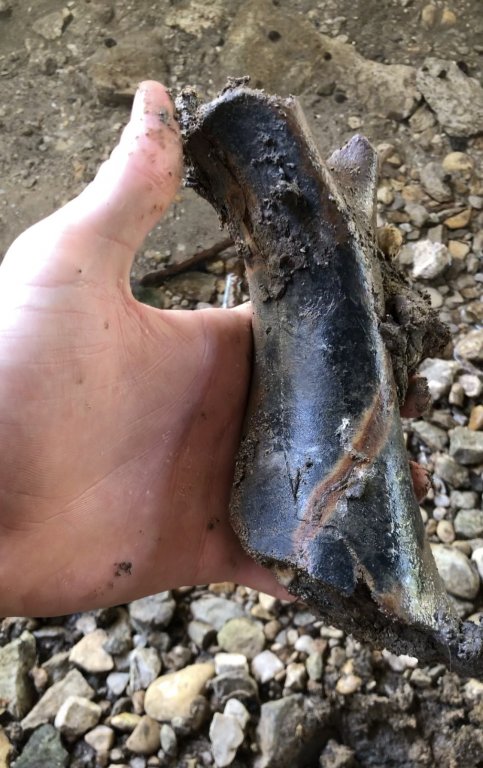 Surprise surprise - I forgot it. Blockhead of the year. I'll be back to retrieve it and try and figure out if it's anything besides a modern livestock bone soon, but in the meantime, I hope you enjoyed the summary of yesterday's fruitful scouting hunt