I recently took two of my friends out fossil hunting, both for the first time. We've actually found a cool fossil together before, a large partial from the ammonite Oxytropidoceras (by complete chance, we were just creek stomping for fun that evening), but this is the first time they've ever been fossil hunting with intent.

It took about 30 minutes to get warmed up and start finding things - Annika was the first to see something, a point in this instance. My knowledge of points is significantly lacking, since they aren't my immediate interest, but I suspect its probably a Darl. 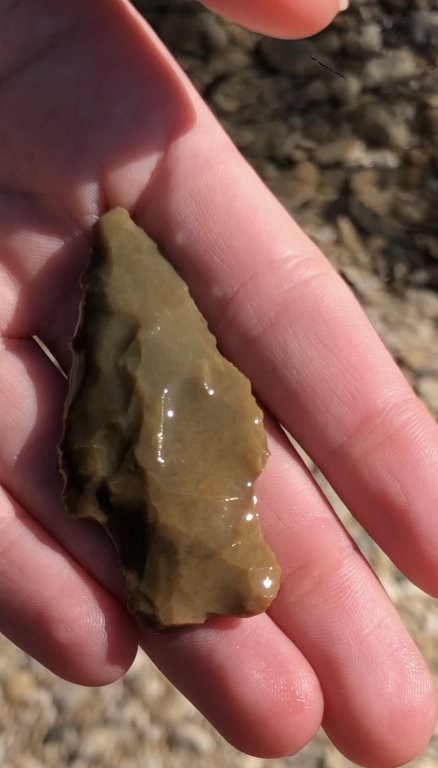 Our next find was a bison metatarsal, sitting plainly on the bank - I'm glad, because a metatarsal is literally the only bone where I can differentiate between bison and cow. A few feet away sat a vertebra, and I think it can be same to guess that they're associated, despite the fact that they sat in flood gravel. 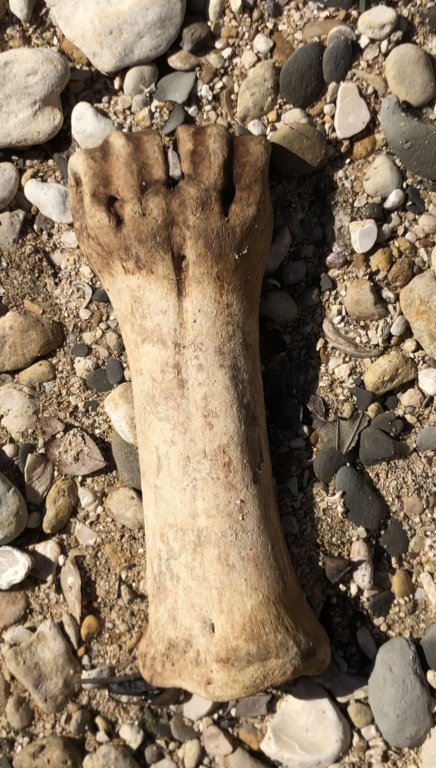 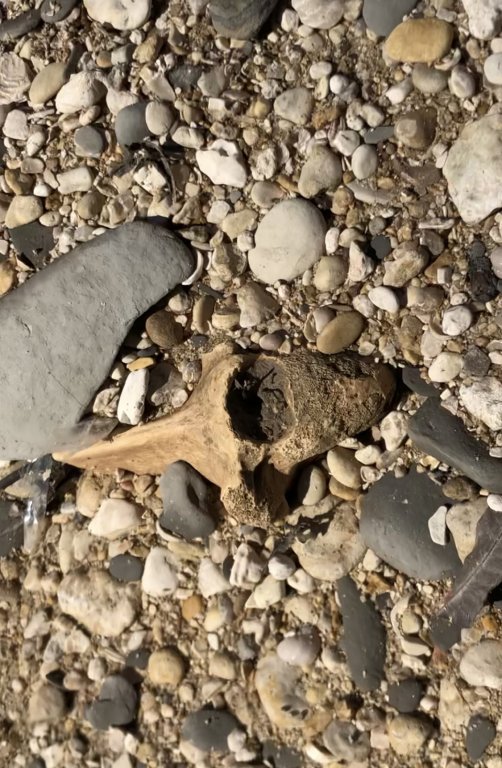 This whole time, I was leading them to get to an enormous cretaceous exposure, one that I've mentioned before in a trip report. Right before rounding the corner to get there, Siri, Annika's sister, found this bizarre bone covered in pyrite - it's currently in the Fossil ID section. 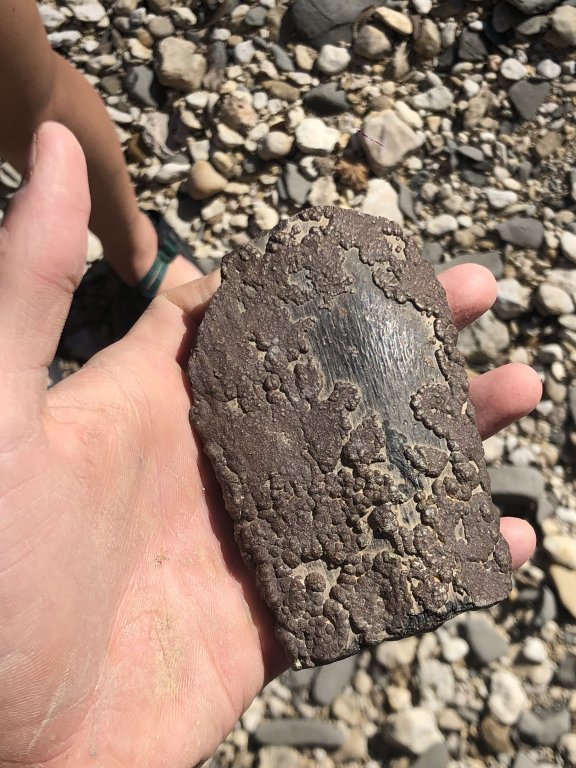 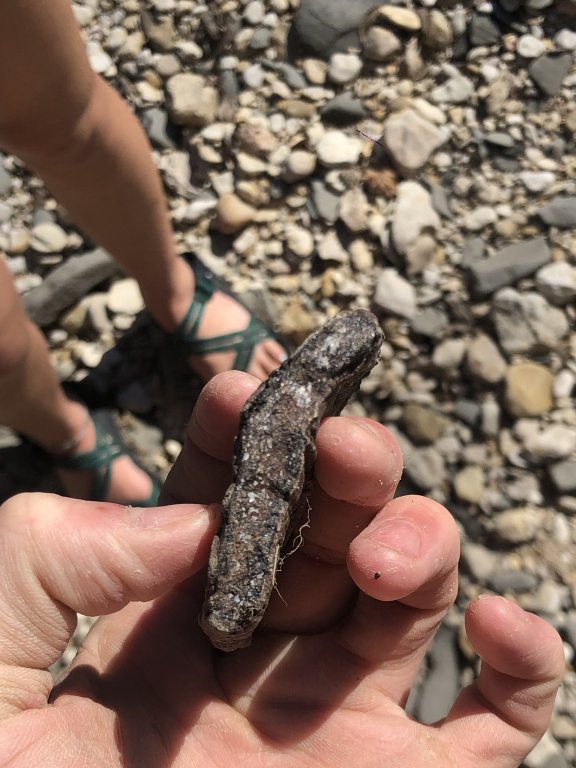 We got to the exposure, which, I should mention, is far away into the middle of nowhere (or about as close as you can get to the middle of nowhere in central texas), plopped down on the bank, and made some hot cocoa with a little butane burner. Sitting among that beautiful geology, far away from anything while having a hot drink with old friends.... that's what it's about.

Finishing our hot cocoa, we got up to poke around a little more before heading back. Annika found another bison tooth, and I should mention that despite the enormous, conspicuous late cretaceous shale exposure, I usually find Pleistocene and Holocene stuff here.

I then heard Siri casually say "oh, that's cool", from the little gravel island she was looking at in the middle of creek. I looked over and almost collapsed -in her hand was the largest artifact I've ever seen, later ID'd as a Friday Biface, and between the ages of 1,500 and 4,000 years old. This, I should remind you, is the first artifact she's ever found. Here it is in my hand: 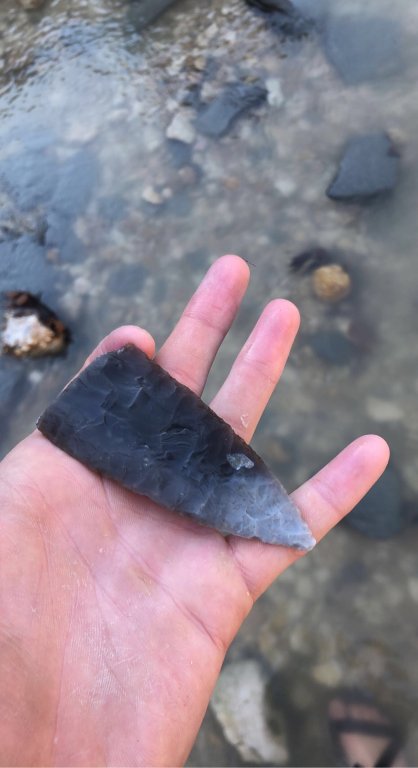 It was a crazy day with great finds, needless to say.