As most of you should be able to easily tell, I know virtually nothing about invertebrates, despite the good potential my area has for them.

However, I was super fortunate the other day to find what ranks among my two best invertebrate finds: My first Tetragramma echinoid

While looking for flint nodules to knap, my step brother encountered a tiny little oasis of shale/clay in a vast sea of limestone. He wasn't immediately interested, but still mentioned it when he was talking about how he also found some solid, climbable boulders in the same area.

From the photo, I didn't have high hopes, but I still went anyway, mostly to check out the climbing potential there - though I brought some of my fossil collecting gear too.

The area is mapped as Edwards Limestone, so I'm not sure what formation that little tongue of shale actually is - yet I was pleased to find that it was heavily fossiliferous, with many common invertebrates. Here's the entire exposure, shown below: the shadows make it hard to see, but there really is not much shale/clay visible under that limestone overhang anyway 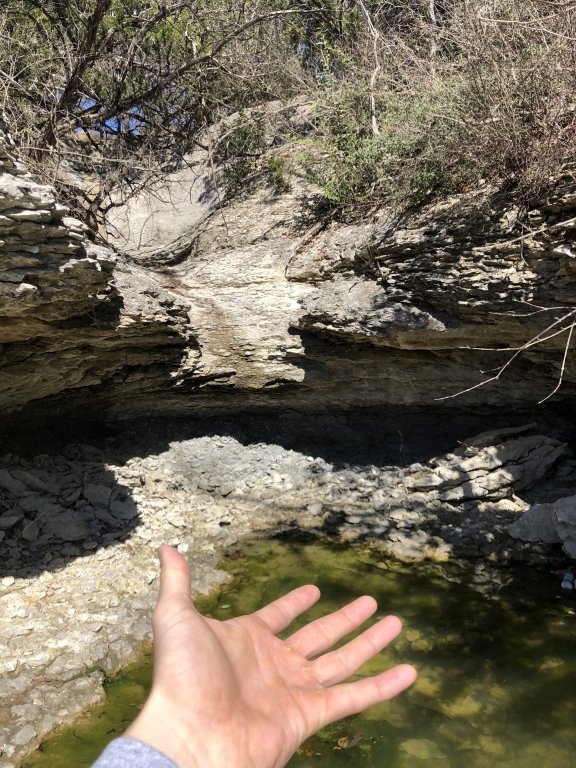 With some inspection, I then saw this: 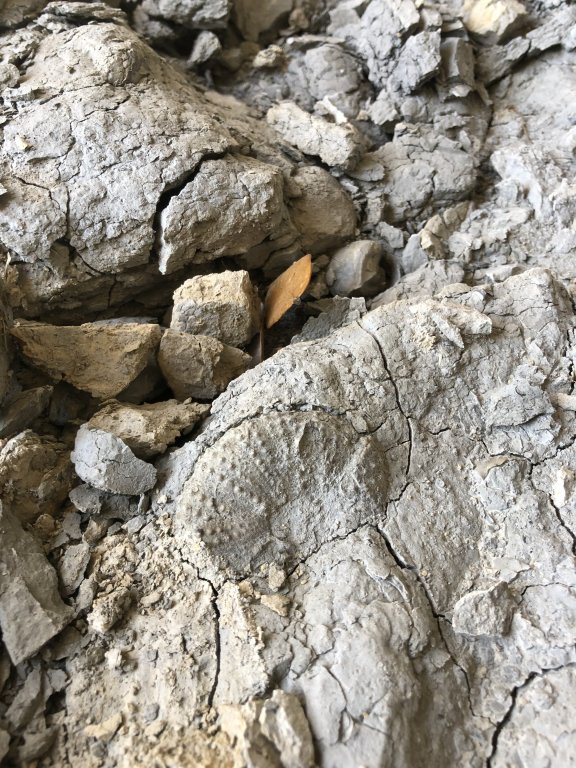 Isn't that a beautiful sight? While I didn't know the specifics of what I was seeing, I knew at least that it was a quality echinoid, and I was excited by its appearance.

It was in solid shape and was removed easily. Only after posting a photo or two on my Instagram story did I realize that it's more than just a nifty echinoid, when @facehugger mentioned that it might be a Tetragramma!

Here are some more photos of it when I got home: 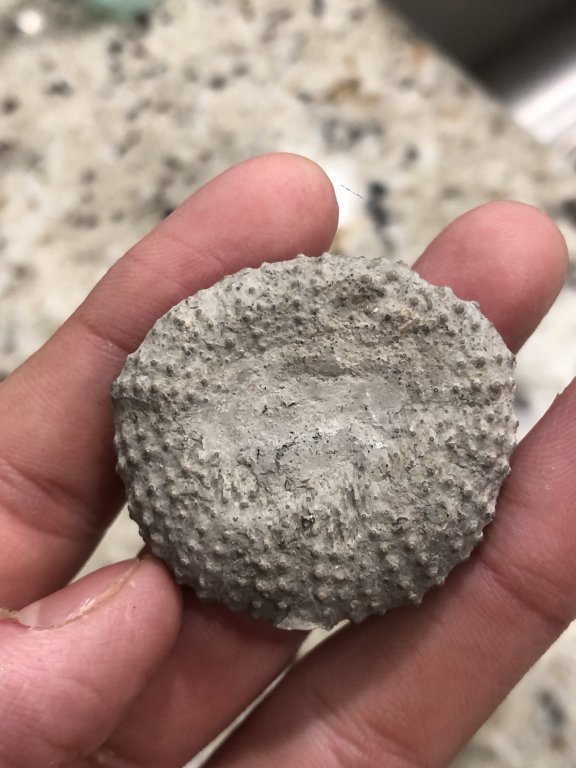 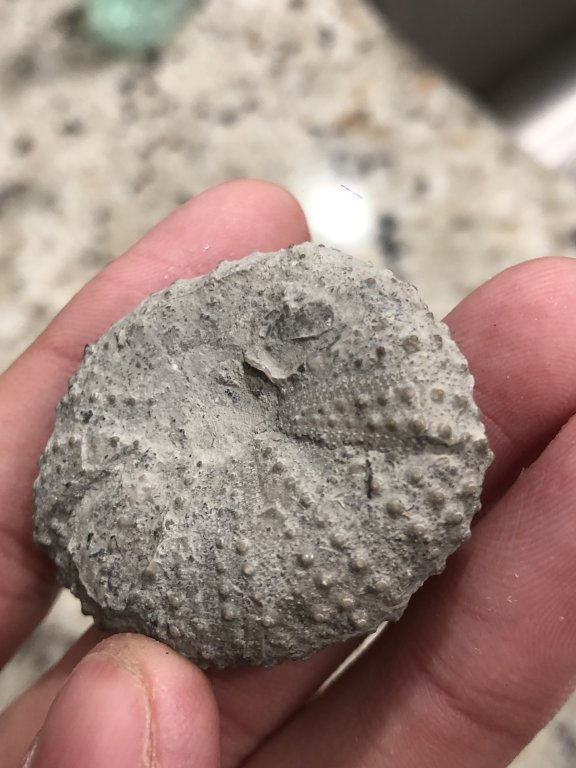 Here it is cleaned: 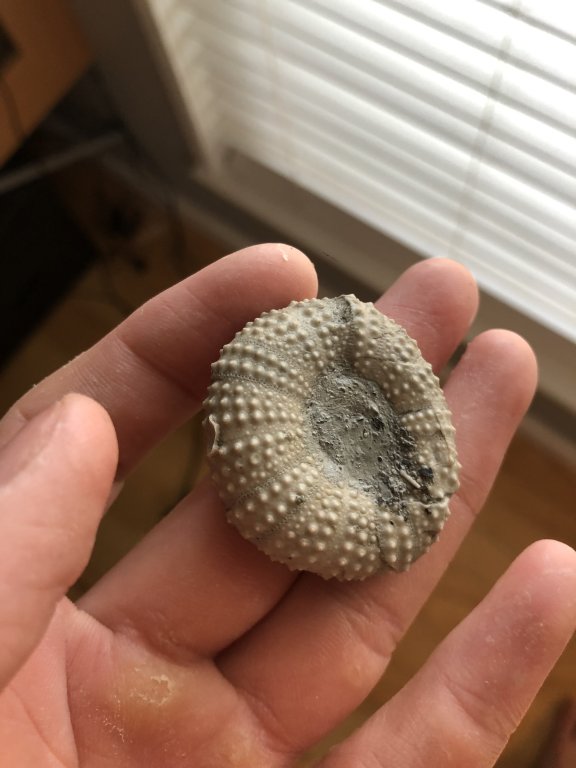 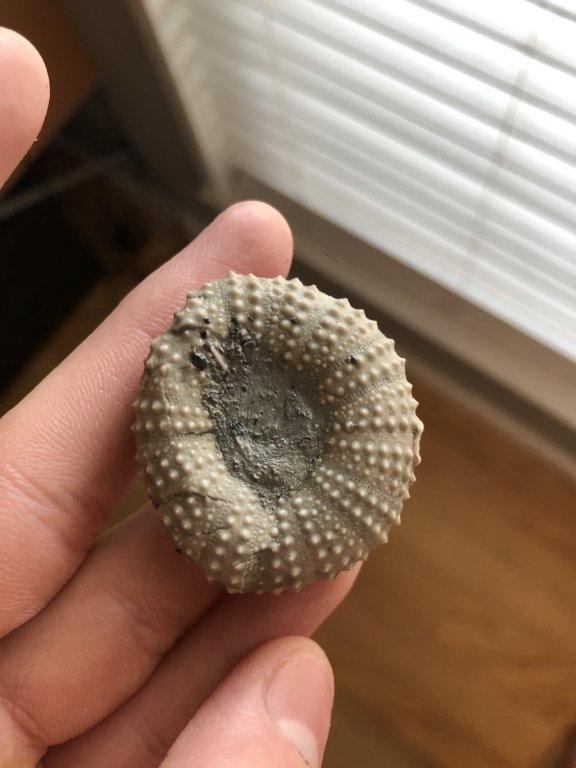 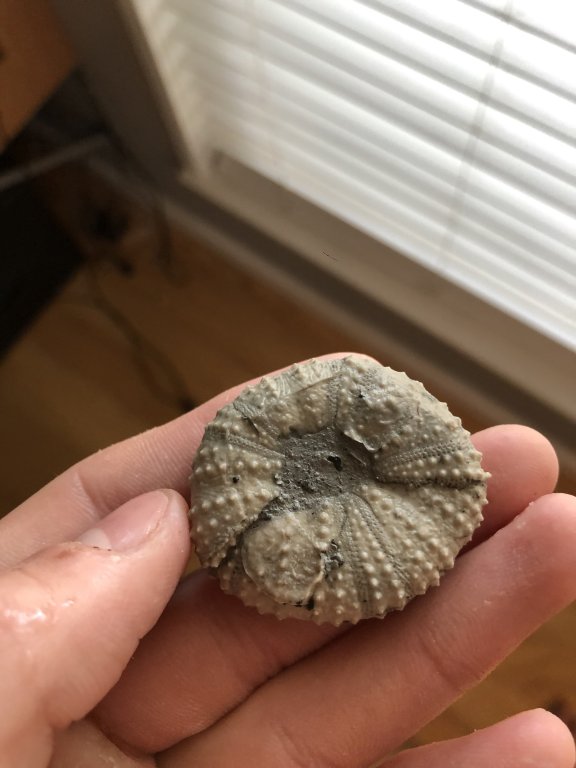 Rarely does a fossil hunt of this nature end up this lucky for me - an uncommon genus in a microscopic exposure. Because of that, I thought it was worth posting about the whole trip!