For whatever reason, I used to completely dismiss the Austin chalk as a formation of any interest. I viewed it almost through the same lens that I view the Edwards formation, as if it was some barren uninteresting hinderance that gets in the way of cooler formations. Accidentally finding a large Parapuzosia ammonite in it once changed that a bit, but for the most part I still ignored it...

Turns out I was just looking in the wrong places, and had very little understanding of its members. @LSCHNELLE recently explained a lot of it better to me, and so equipped with new knowledge I decided to try and discover a member of the Austin Chalk I've been wondering about for a while now, which I always falsely assumed was its own formation.

I found myself deep in a Travis county creek, following very specific instructions I had read on an old thesis from the 80's I found online. To avoid being too long winded - nothing stood out to me as different in the geology, so I think that the vertebrate rich member I was seeking still eludes me. Yet, I wouldn't say I was skunked, because I found some very interesting invertebrates that even a simpleton like myself can appreciate

My first find had me cheering and jumping, partly because of how just picture perfect the insitu was, but mostly because it was just an aesthetic looking echinoid I haven't seen before.

Here it sat below, as I originally saw it: 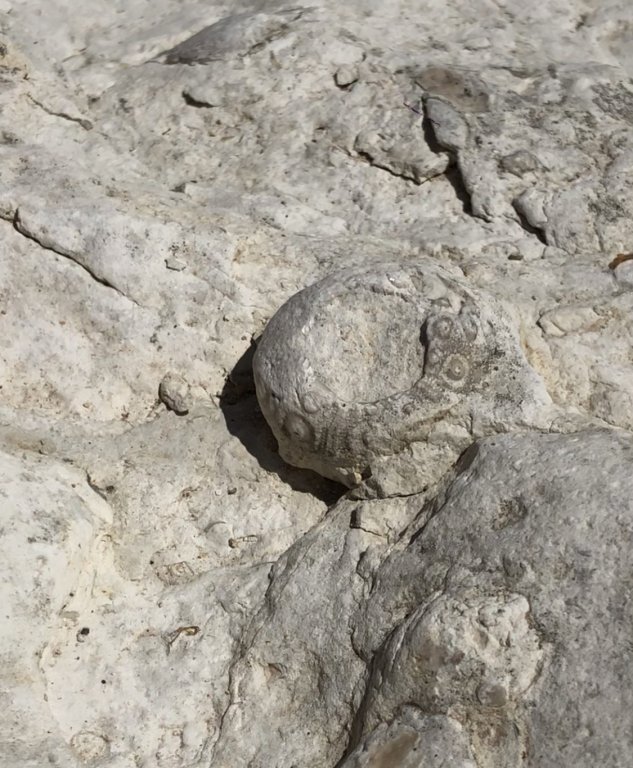 Fortunately, what's left in the matrix I believe is still in great detail. It's just on a smaller-than-it-looks exposed portion where the wear took a toll, as you will see at the end when I show more photos.

For another hour and half beyond this, I was just sloshing my way through the water, very slowly, admiring the highly fossiliferous limestone as I went. Usually when I scout a new spot, it ends up being more exploring than actual hunting, and yesterday was no different.

Close to my turn around spot, I for whatever reason took strong notice of inconspicuous looking pebble lying loose on its own. Picking it upon a whim, I was surprised to see it was another echinoid of the same type I found earlier, albeit in worse condition. Pictures all at the end. (update: I now know that these are cidarids - funny that on april fools day, I make two of my rarest invertebrate finds, back to back. Odds are I won't have a luckier day in the invertebrate field ever again)

Walking back was a serene vibe with few fossils - I was distracted by the new greenery that's been blooming lately. When I got back to where I found the  first echinoid, I decided to poke around a bit more, and was surprised to find two ammonites - one large (Mortoniceras?) which I removed, and a much smaller ammonite as well.

Results below! No vertebrates but these were well worth it! @JamieLynn put together a phenomenal guide of the inverts by formation that we can find in our central texas stratas, but I wasn't able to find these echinoids in it. I'm aware they need prep, but if you know what they are already please chip in! 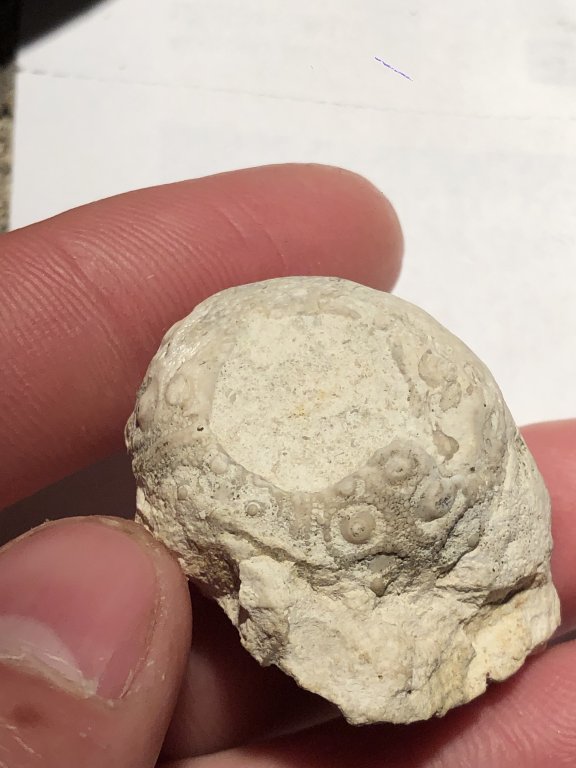 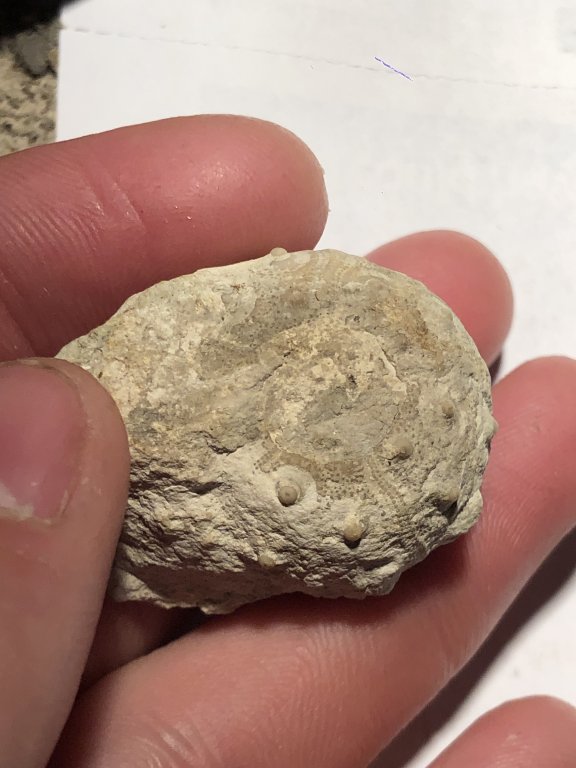 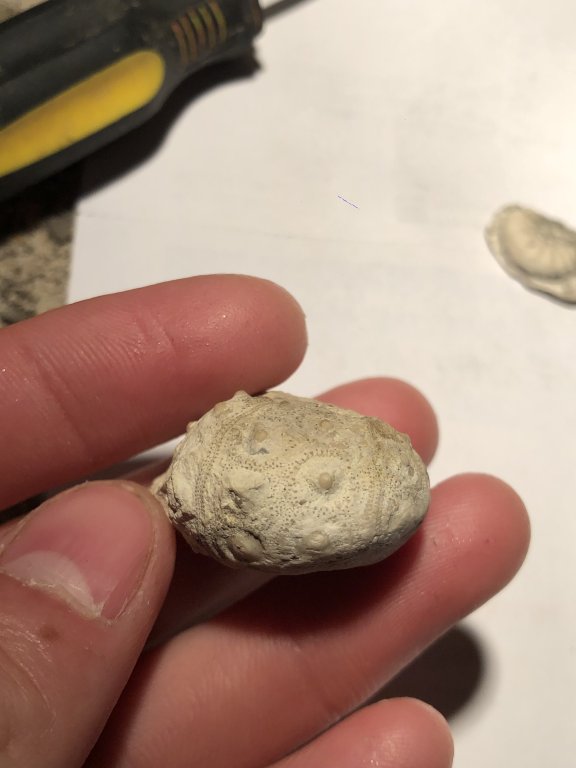 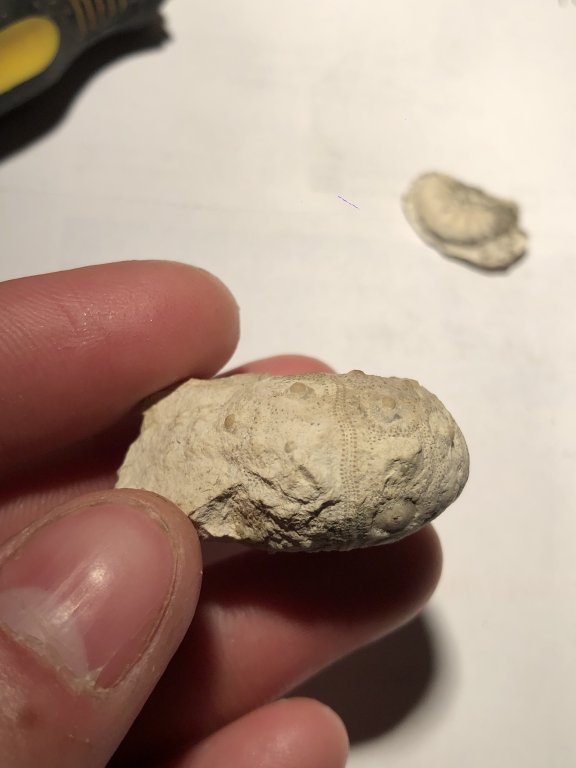 Echinoid #2 - While it's in worse shape than even the first, I think the substantial attached matrix has protected a lot of it. We'll find out when it preps! 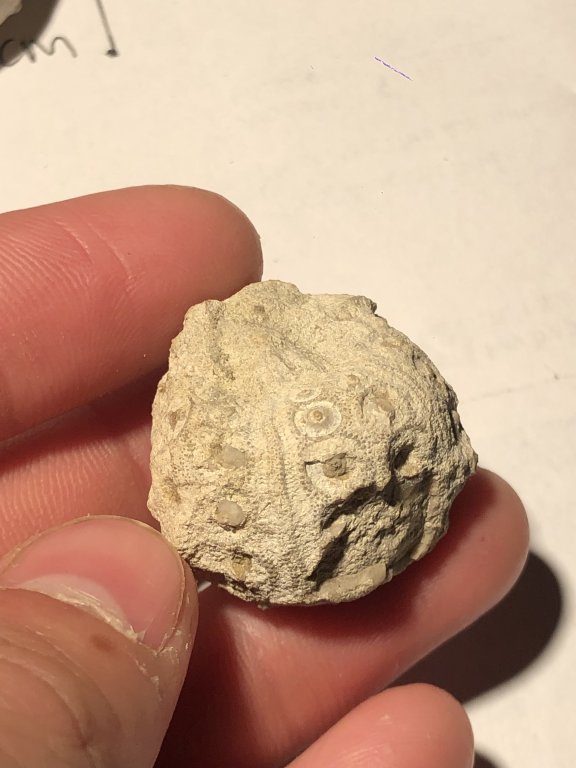 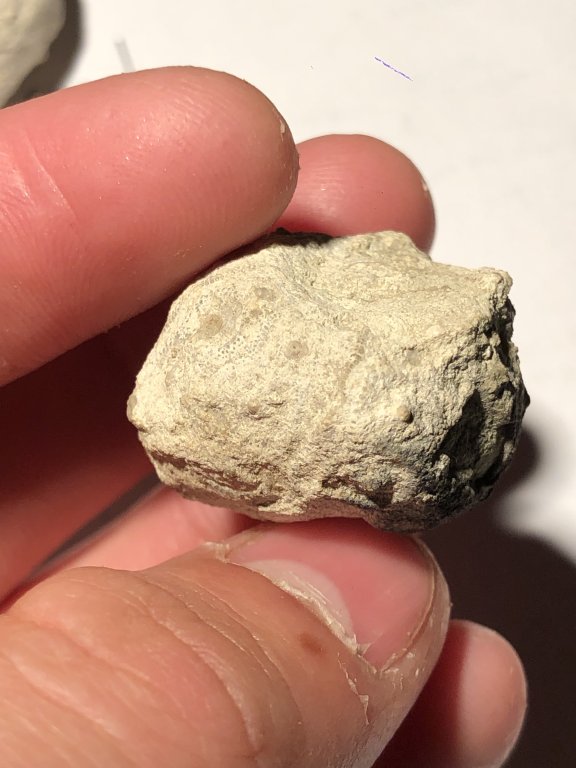 Larger ammonite I removed - glue will come to the rescue here. I'm rather sure that the inner coils are preserved under that! 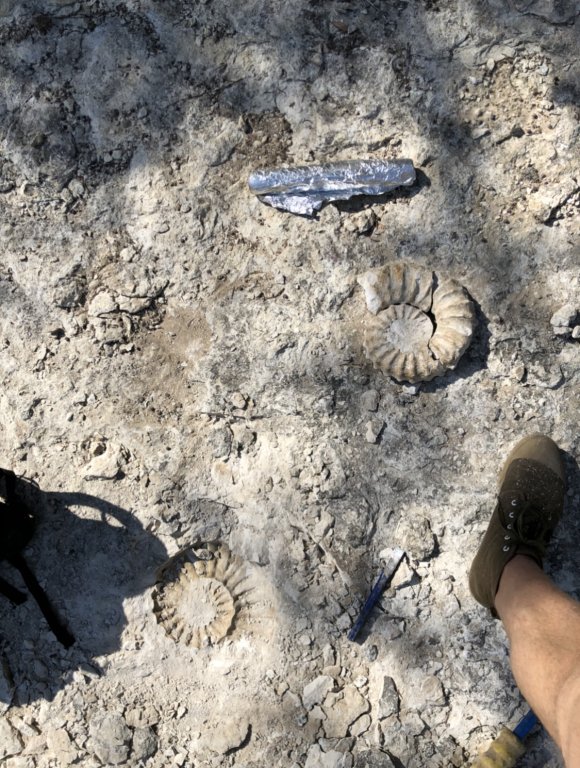 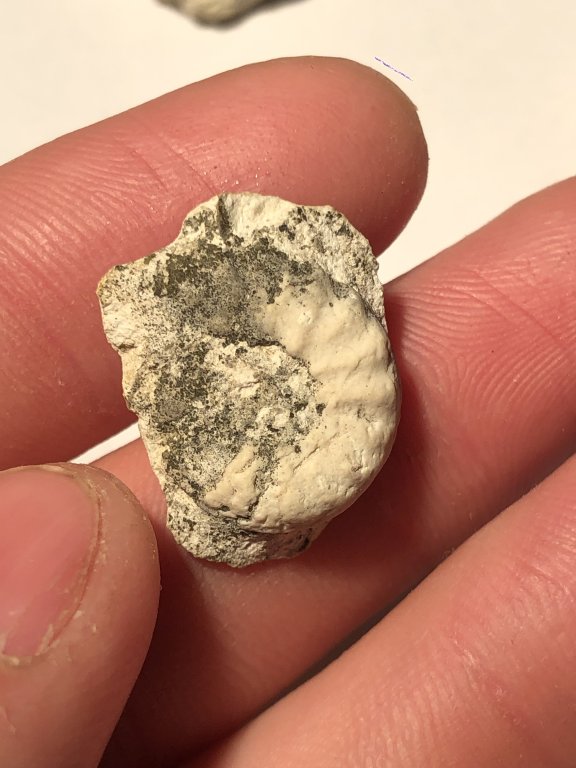 This was just one day sandwiched into what is so far a very busy weekend for me on the paleo front - lots of exploring, and also some good work brewing on two interesting, older vertebrate finds. I'll update this post when i eventually manage to get these echinoids cleaned - the hard limestone they're in will be tough for hand tools - perhaps this is my signal to finally buy  a scribe.

(update: rest assured, I won't be tackling these echinoids with my rudimentary prep skills - It'll be done by a professional)