This has to be a very brief report, as I have to hop in my car soon to go hunt for my ever elusive Pseudomegachasma tooth - but I discovered a tiny, amazing site on a scout this weekend:

The trek had me running into several large homeless camps, so I was a little tense the entire time, but the results were worth it. All of these finds came from a sandstone roof above me. It was like looking up at a church ceiling mural, telling a story of some distant time, except this was a ~95 million year old story, of a seafloor frozen in time. For that reason, I named this site "The Sistine Ceiling".

First - The king of the cretaceous: Cretoxyrhina mantelli 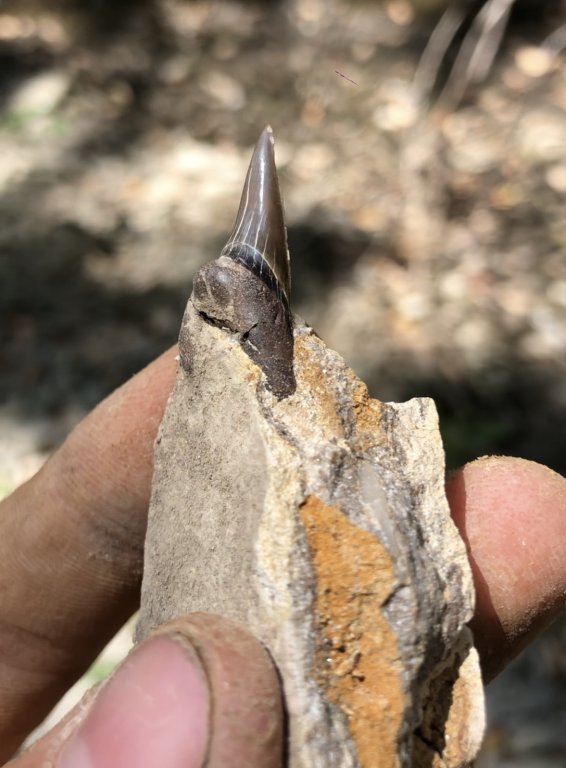 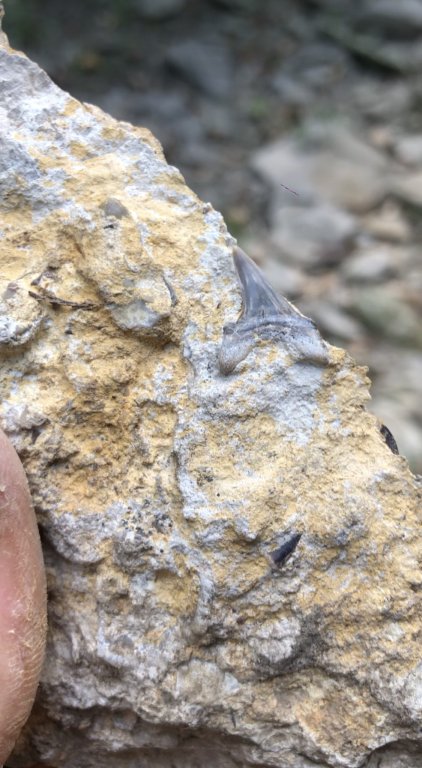 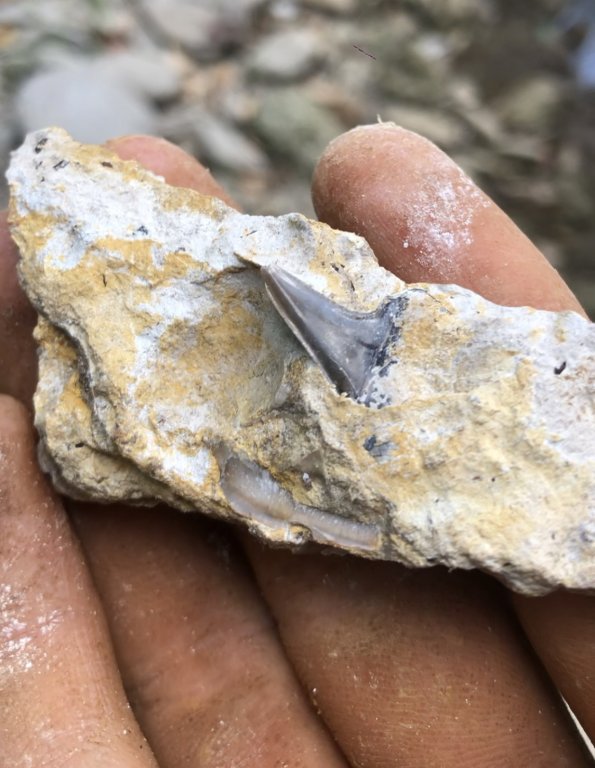 This was historically a very difficult species for me, but I thankfully seem to be getting better at finding them!

But, the crowning achievement at this site was my first ever Ptychodus occidentalis. It's big, though not my biggest ptychodus find, but it's also exquisitely preserved - making this perhaps the best Ptychodus tooth I've ever found. 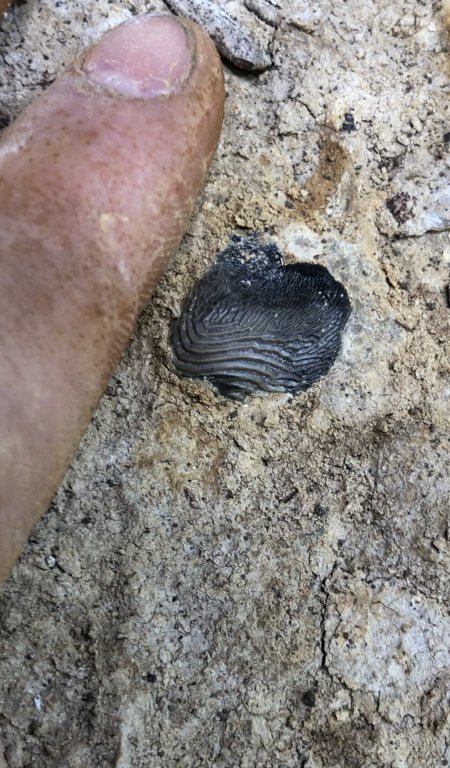 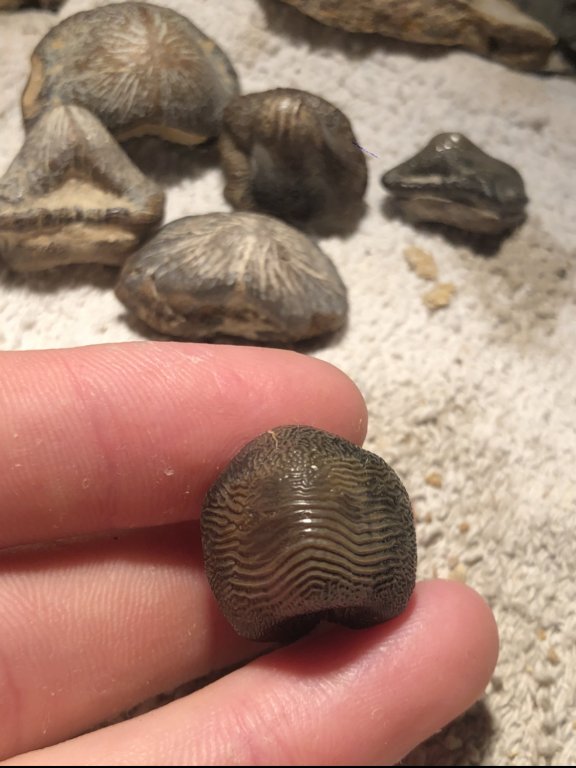 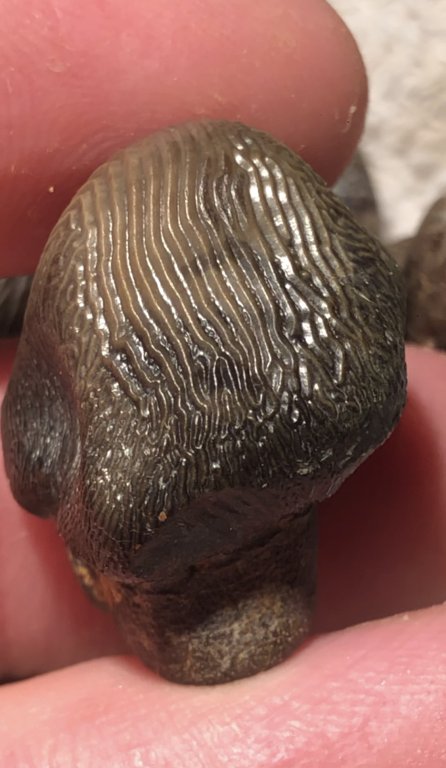 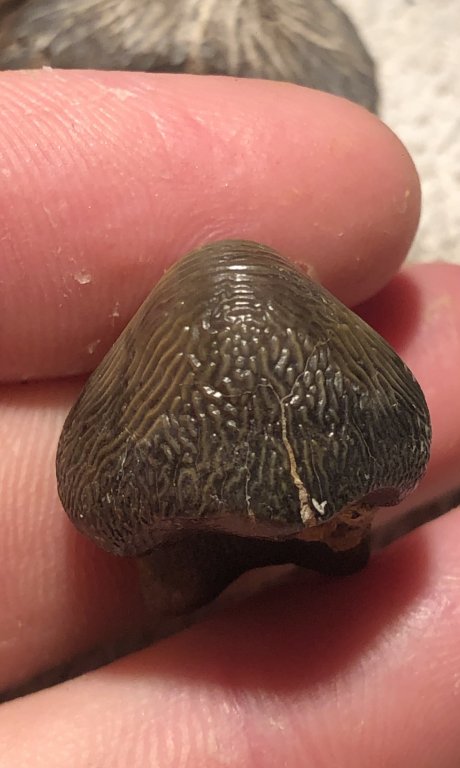 Not prepped completely yet - there's some sticky sandstone on the root that resists an exacto knife like titanium, but enough has been revealed to show it's grandeur. I feel like  @BobC after he found his Edwards formation Cidarid, where he says:

"On the way home I cleared off the passenger seat so he could be displayed properly to admiring passersby, and placed him there. I could tell every person on the expressway was extremely jealous, and frankly, who could blame them?

I will post my address soon in case anyone wants to send me congratulatory letters, faxes, e-mails or even extravagant presents"