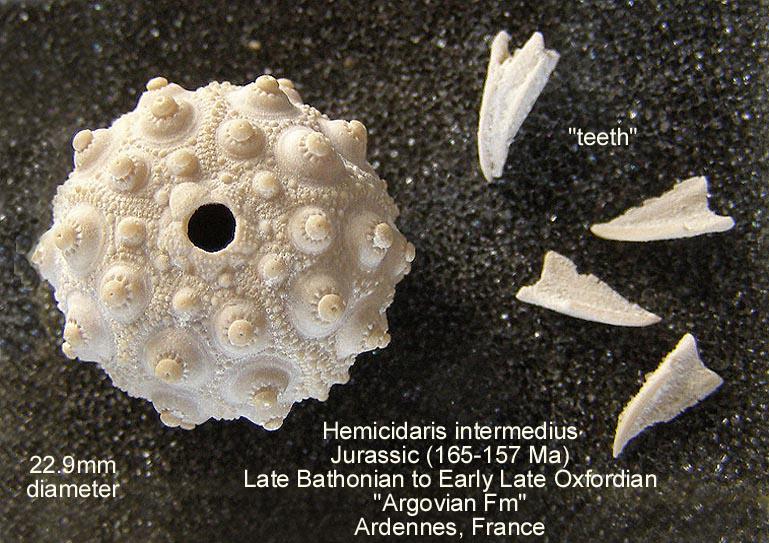 Teeth: Many echinoids have adoralmost (closest to the mouth) ambulacral ossicles which are modified as a dental apparatus.

Geology: The Sub-alpine domain in south-eastern France was located on the proximal part of the South-European Tethys margin. it includes the Dauphinois basin which is characterised by relatively high rates of subsidence during Jurassic and Early Cretaceous times.

The subsiding part was bordered by carbonate platforms which were limited by a net of extensional or strike-slip faults. The western border of the basin on the Massif central side was determined by steep fault scarps. On the other hand, the eastern side was a long and gentle submarine slope that separated the Digne basin from the Provence platform in the Nice area.

The time span studied here extends on the duration of two second-order transgressive/regressive cycles sensu Vail. dated as early Late Bathonian to early Late Oxfordian. This corresponds to the deposition of the Terres Noires and of alternating calcareous mudstones and shales known as "Argovian Formation". These two second-order cycles can be subdivided into 16 third-order depositional sequences.