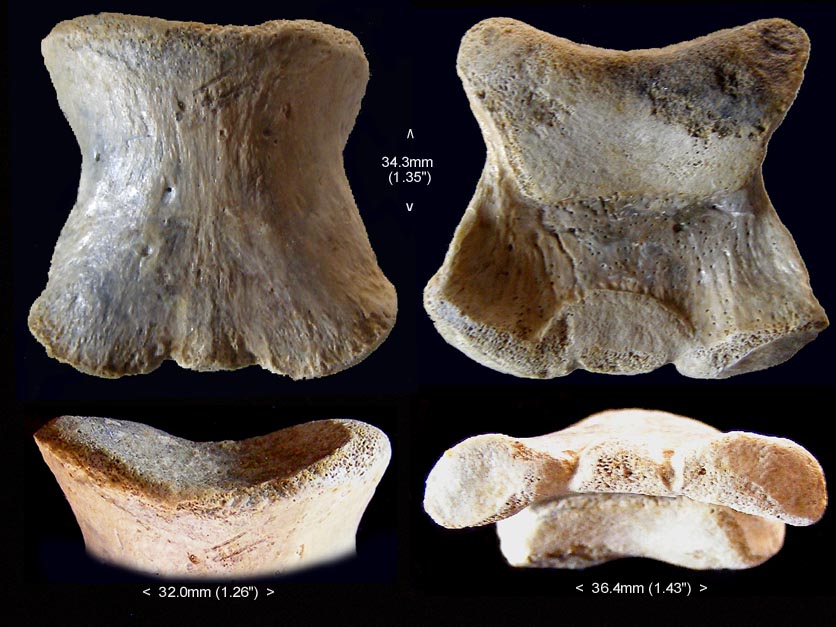 Here is a seldom seen bone from a fairly common fossil animal. The bone appeared on The Fossil Forum as a "quiz" to identify its source and function. Here are some of the clues that finally led to an identification:

It's about five million years old, but similar to bones much older and much younger.

It's part of the Palmetto Fauna which is not a marine assemblage.

It not from an unfamiliar animal . . . everyone would recognize it.

It's not a toe bone (phalanx).

It's not a patella.

It's not a caudal vertebra.

It's not any part of a sternum (including manubrium).

The bone is bilaterally symmetrical.

It's not a part of a neurocranium.

It's not a glyptodont bone.

If you would like to know more about this bone, navigate over to the thread:

Even better, if you have an example of one of these bones, post your image there.

(This image is best viewed by clicking on the "options" button on the upper right of this page => "view all sizes" => "large".)