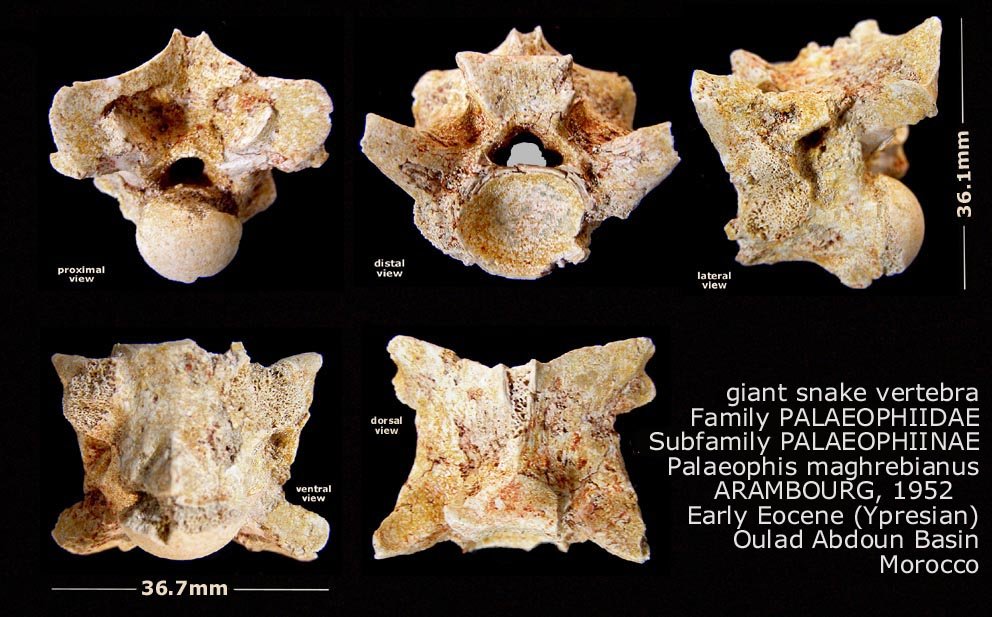 This is a vertebra from a giant (approaching 30 feet long) snake found in Morocco. It was recovered from the area phosphates of Oulad Abdoun Basin in the interior of the country. This large basin, formerly a vast bay, is located mainly east and south of the city of Khouribga. The snake is from the Early Eocene, Ypresian Age, roughly 48 to 56 Ma old.

Recent analysis of Palaeophis maghrebianus fossils indicates that this giant was a near-shore and estuarine dweller which lived in shallow marine, brackish, and even probably freshwater environments. Hypothetically, the snake lived close to the shoreline and river outlets which were ringed by mangroves.