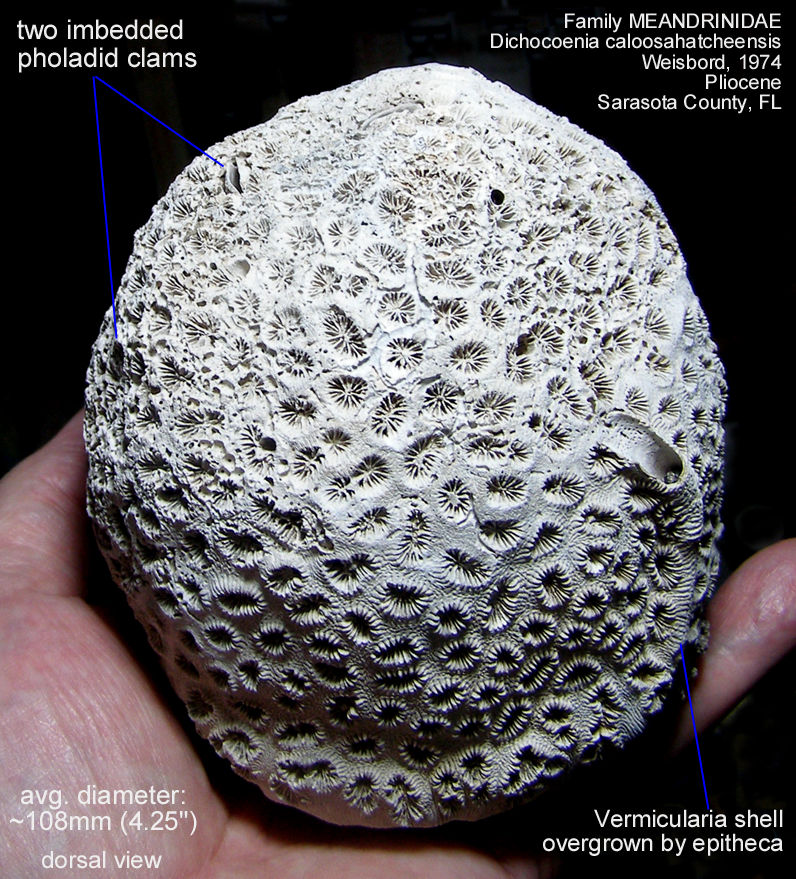 This is a soft-ball size coral head (a corallum) from the Pliocene of Florida. This specimen has a number of interesting features: The epitheca (the thin covering over the exterior) is removed -- probably ground down by tumbling on the sea bottom -- on the dorsal portion of the corallum. The proper walls of the calces (the individual corallites) are exposed in the damaged area (though these walls are indistinct in Dichocoenia).

On the left in the image, two clams of the Family Pholadidae ('rock-burrowing clams') are imbedded in the corallum. Hiatella arctica is one such pholadid known from these deposits.

On the right in the image, the epitheca has overgrown a Vermicularia shell.

Here is a handy glossary of coral-related terms (not all of them illustrated here):

(This image is best viewed by clicking on the "options" button