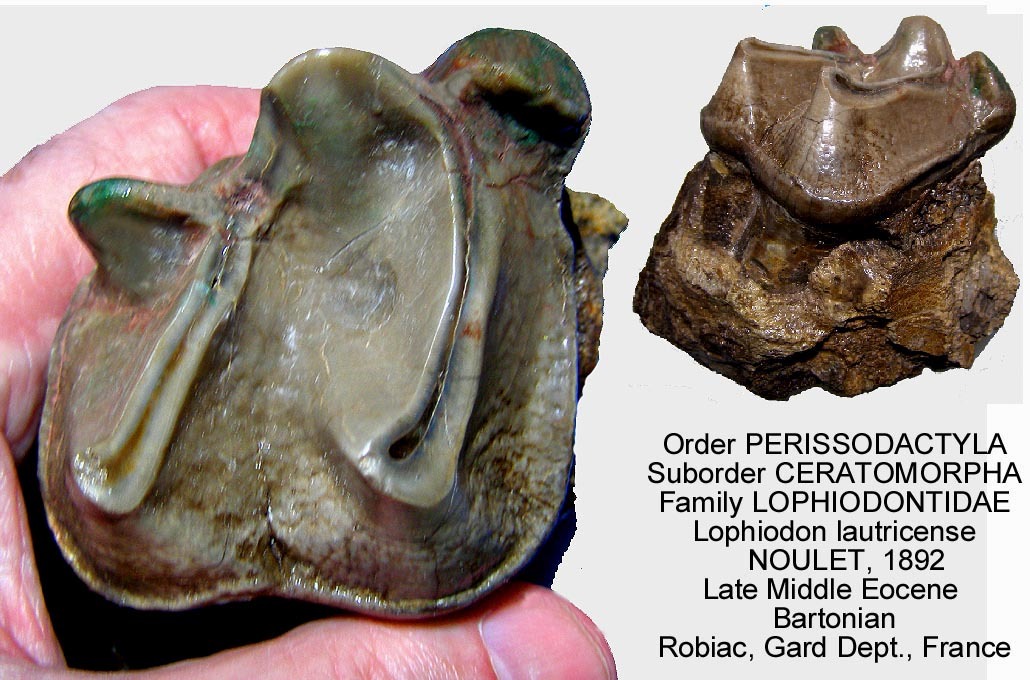 Other images in TEETH & JAWS

Lophiodon is a middle to large sized herbivore

that occurred in Europe during the middle

and upper Eocene. One of the latest species, the

(Gard, France), reached the body size of a horse

or a small rhino.

and were regarded as closely related to Tapiroidea

within Ceratomorpha due to the similarities

in the lophodont dentition (Cuvier 1822,

discussed a closer relationship with chalicotheriids

and dental characters and concluded that

Lophiodontidae are best classified as a sister taxon

and thus that Lophiodon is closer

Several species were described for the genus Lophiodon

that differ mainly in size, but the variability

within the species is very great. The molarization of the

premolars is used for taxonomic purposes.

In the maxilla there are six postcanines (three

premolars and three molars) separated from

the anterior dentition by a short diastema.

(This image is best viewed by clicking on the button on
the upper right of this page => "other sizes" => "large".)