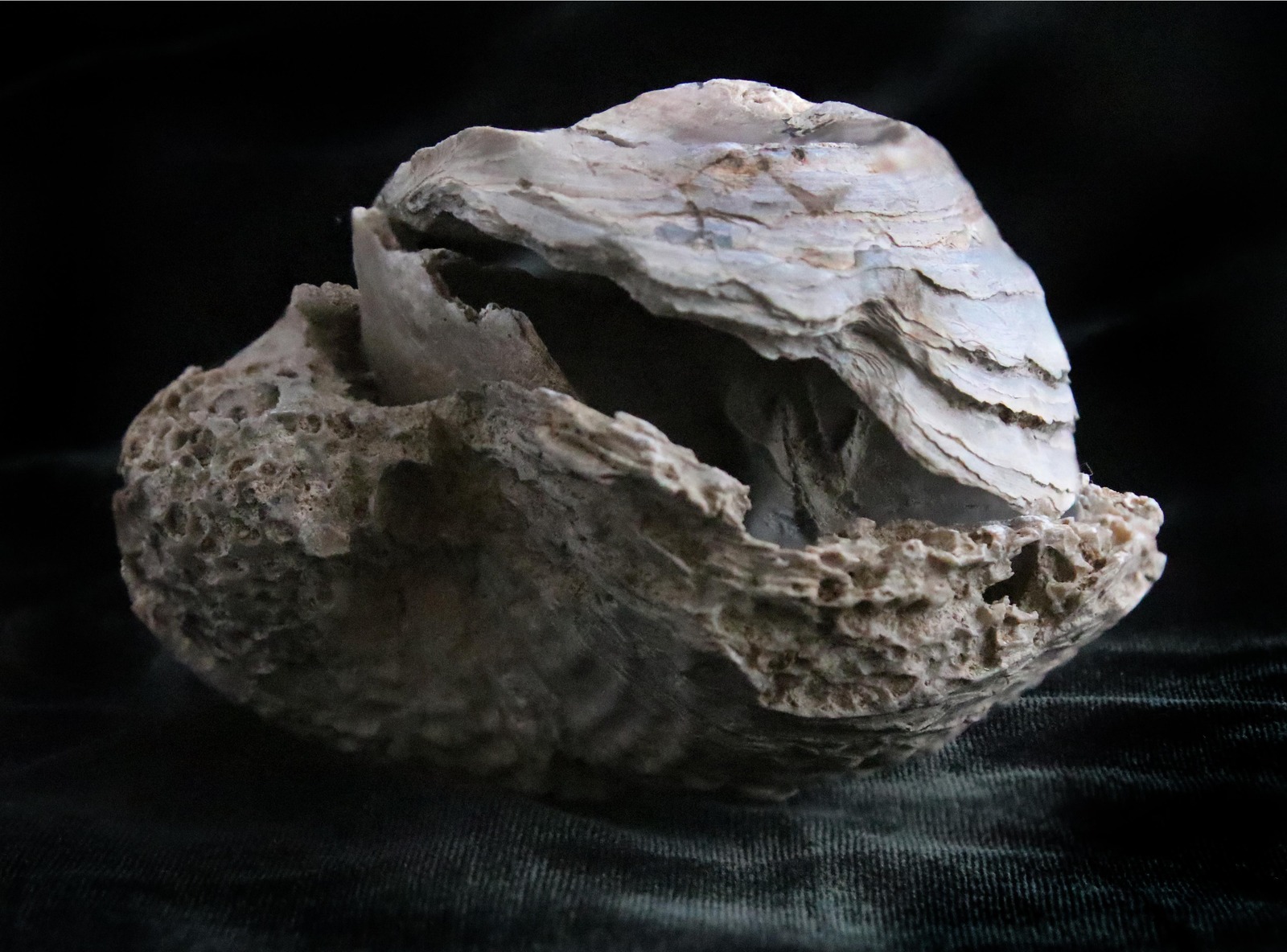 Other images in Delaware Fossils

Posted just as a curiosity.

I found two shells next to each other in a shovel full of sand. They were broken at the edges and caked in the sand. I twisted them around and they kinda, sorta fit together. I got them home and started to wash the off. I realized right away that the flatter one, washed first, was not the same species as the rounder one. One was a Pycnodonte and the other an Exogyra. Then, I washed off the second one. I don't quite know why because they are both common enough that I wouldn't bother to keep them. Except, I found the rounded valve of a Pycnodonte had grown inside the Exogyra! Still have my doubts as to whether the flatter Pycnodonte valve is a match, but it was a fun discovery nonetheless.