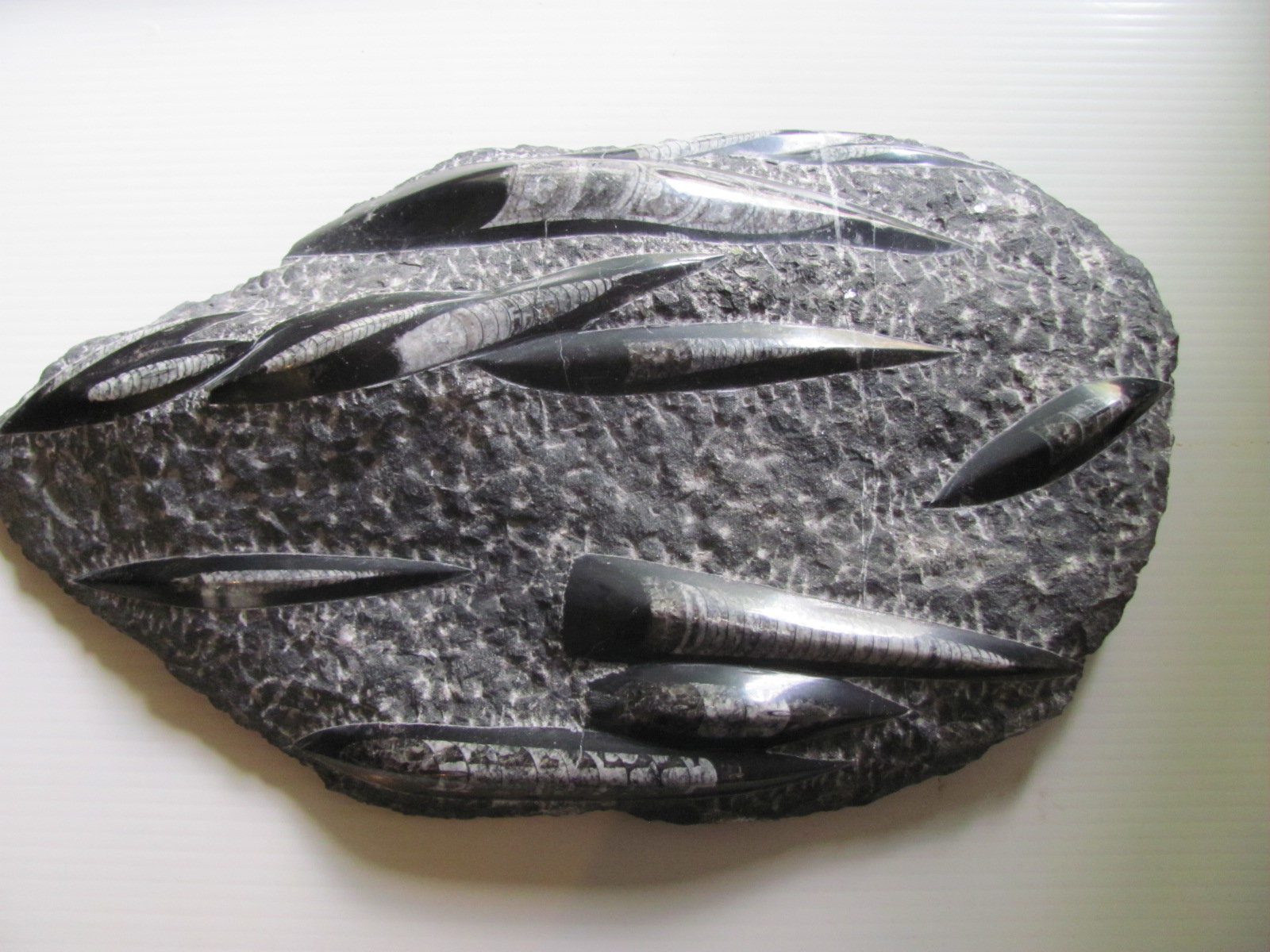 Morocco
Data: Orthoceras ("straight horn") is a genus of extinct nautiloid cephalopod endemic to Middle Ordovician-aged marine limestones of the Baltic States and Sweden. This genus is sometimes called Orthoceratites. Note it is sometimes misspelled as Orthocera, Orthocerus or Orthoceros (Sweet 1964:K222). Orthoceras was formerly thought to have had a worldwide distribution due to the genus' use as a wastebasket taxon for numerous species of conical-shelled nautiloids throughout the Paleozoic and Triassic. Now, Orthoceras sensu stricto refers to O. regulare, of Ordovician-aged Baltic Sea limestones of Sweden and neighboring areas. These are slender, elongate shells with the middle of the body chamber transversely constricted, and a subcentral orthochoanitic siphuncle. The surface is ornamented by a network of fine lirae (Sweet 1964:K224). Many other very similar species are included under the genus Michelinoceras. Orthoceras and related orthoconic nautiloid cephalopods are often confused with the superficially similar Baculites and related Cretaceous orthoconic ammonoids. Both are long and tubular in form, and both are common items for sale in rock shops (often under each other's names). Both lineages evidently evolved the tubular form independently of one another, and at different times in earth history. Orthoceras lived much earlier (Middle Ordovician) than Baculites (Late Cretaceous). The two types of fossils can be distinguished by many features, most obvious among which is the suture line: simple in Orthoceras, intricately foliated in Baculites and related forms.
TIME PERIOD: Middle Ordovician  (458-470 Million Years Ago)
Kingdom: Animalia
Phylum: Mollusca
Class: Cephalopoda
Order: †Orthocerida
Family: †Orthoceratidae
Genus: †Orthoceras