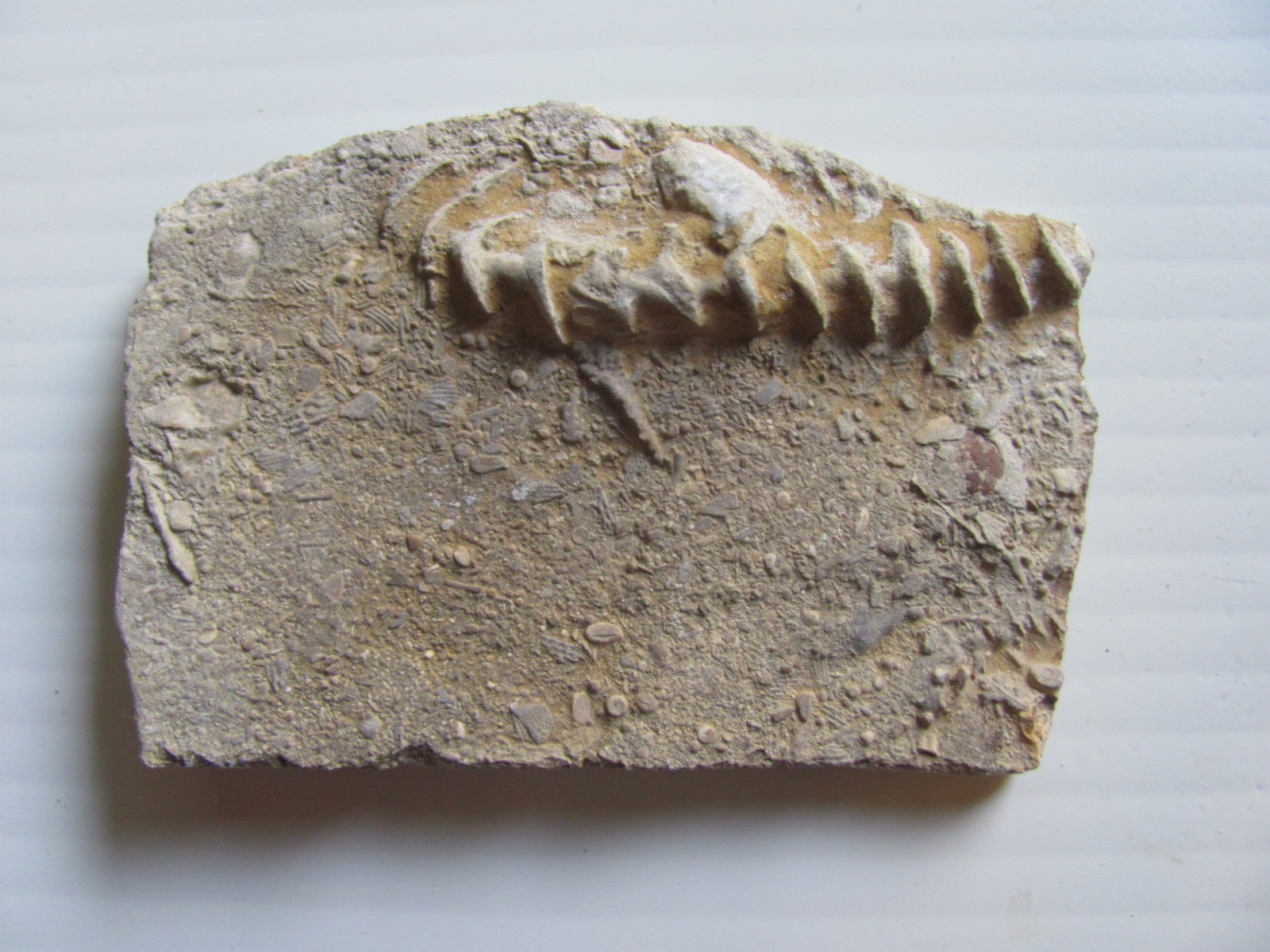 Bangor Limestone Formation, North Alabama, USA
Mississippian Period c 325,000,000 years ago
Archimedes is a genus of bryozoans belonging to the family Fenestellidae. The first use of the term "Archimedes" in relation to this genus was in 1838. This genus of bryozoans is named Archimedes because of its corkscrew shape, in analogy to the Archimedes' screw, a type of water pump which inspired modern ship propellers. These forms are pretty common as fossils but they have been extinct since the Permian. Archimedes is a genus of fenestrate bryozoans with a calcified skeleton of a delicate spiral-shaped mesh that was thickened near the axis into a massive corkscrew-shaped central structure. The most common remains are fragments of the mesh that are detached from the central structure, and these may not be identified other than by association with the "corkscrews", that are fairly common. Specimens in which the mesh remains attached to the central structure are rare. Like other bryozoans, Archimedes forms colonies, and like other fenestrates, the individuals (or zooids) lived on one side of the mesh, and can be recognized for the two rows of equally distanced rimmed pores. Inside the branches, neighbouring individuals were in contact through small canals. Bryozoans are stationary epifaunal suspension feeders. The majority of fossils of this genus are distributed throughout Europe and North America, but they have also been found in sediments of Afghanistan, Canada, Russia, and Australia.
Kingdom: Animalia
Phylum: Bryozoa
Class: Stenolaemata
Order: †Fenestrida
Family: †Fenestellidae
Genus: †Archimedes