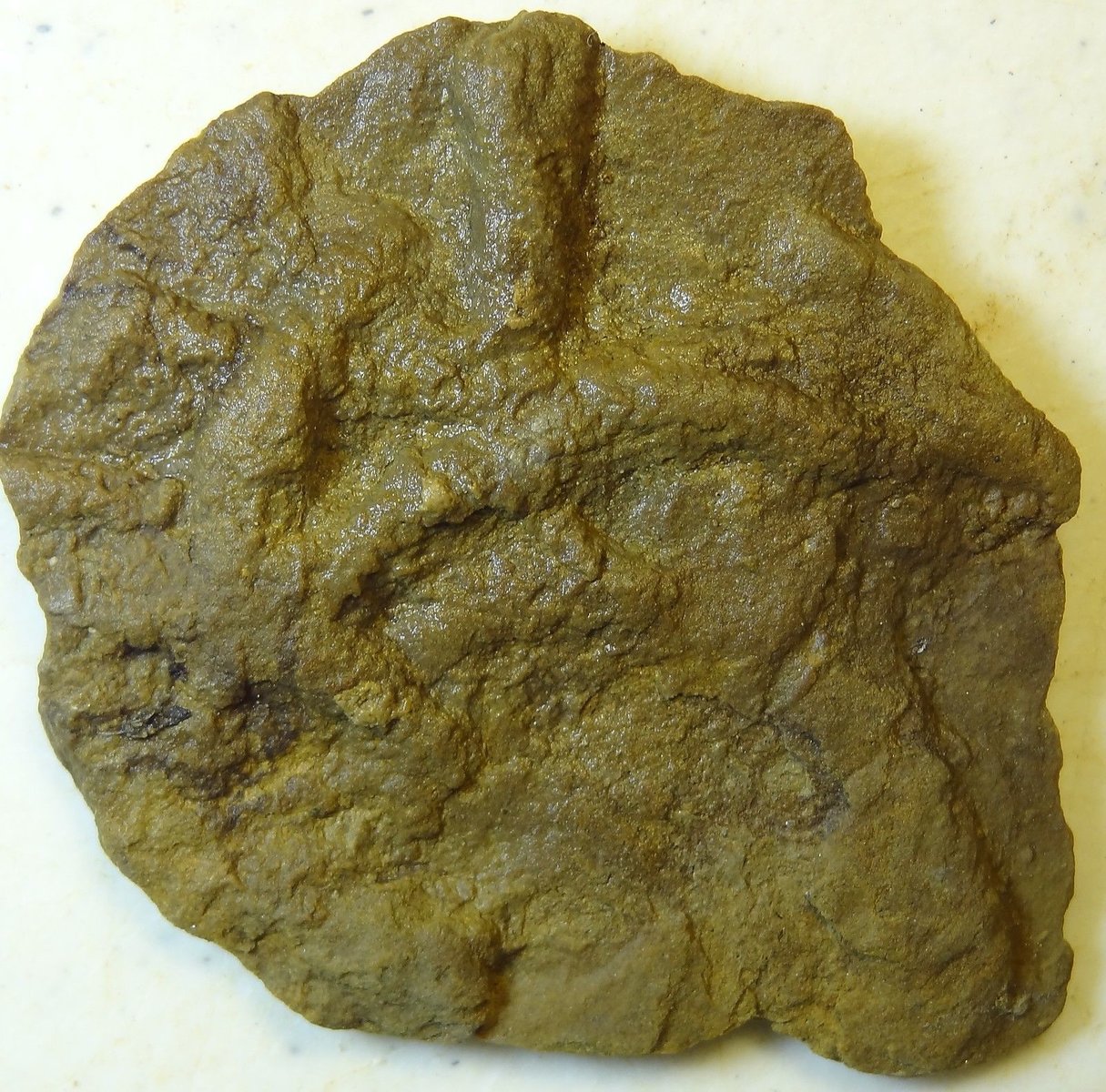 Chesterian Zone of the Bangor Limestone Formation in northern Alabama
Mississippian Period
This is a matrix with a Starfish Cast, a trace fossil of the Mississippian Period found in the Chester Zone of the Bangor Limestone Formation (ca 325,000,000 yrs old) in northern Alabama. The cast was formed when the Starfish borrowed into the sandy seafloor, then exited leaving a mold which was filled with materials forming the cast. Over eons of time as the land mass of the Mississippian Period rose and the seas retreated leaving the floor exposed to erosion, the castings were gradually eroded out of the bedrock leaving the castings. An ichnogenus is a trace fossil. The names are a category of taxonomy for fossil traces whose origin is not exactly known. They are a part of taxonomy called ichnology.