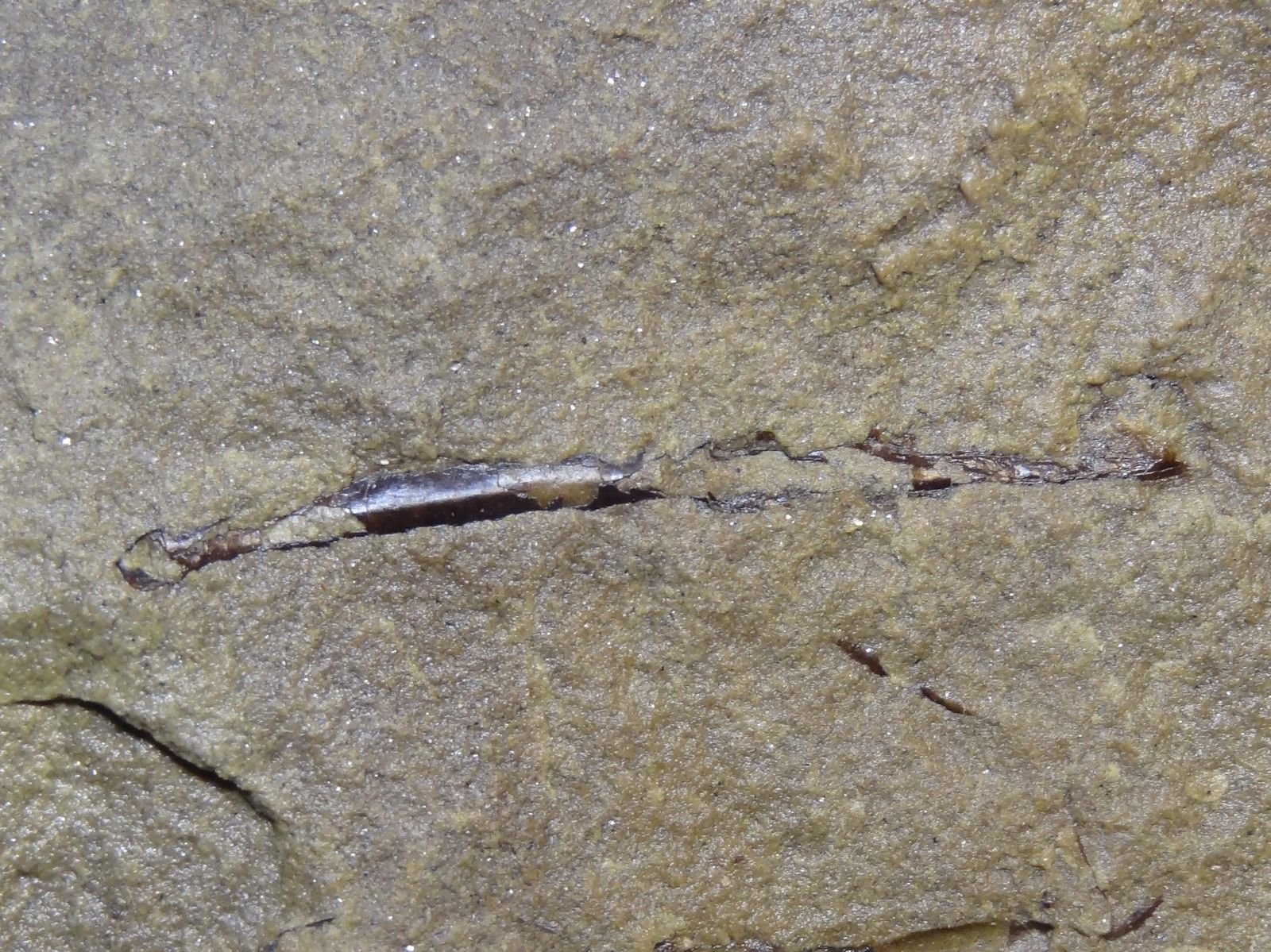 Chesterian Zone of the Bangor Limestone Formation in northern Alabama
Mississippian Period (ca 325,0000,000 yrs old)
Medusozoa is a clade in the phylum Cnidaria, and is often considered a subphylum. It includes the classes Hydrozoa, Scyphozoa, Staurozoa and Cubozoa. Not all Medusozoa are jellyfish. Sphenothallus is a problematic extinct genus lately attributed to the conulariids. It was widespread in shallow marine environments during the Paleozoic. Sphenothallus is represented in the Cambrian period in the Kaili biota and the Mount Stephen trilobite beds, where it co-occurs with the similar organisms Cambrorhythium and Byronia. It is known in younger strata in Canada and the USA, surviving at least until the Mississippian. Sphenothallus lived in groups as an opportunist in environments from hardgrounds to soft mud, even if depleted in oxygen. It probably dispersed via larvae.
Kingdom: Animalia
Phylum: Cnidaria
Class: Scyphozoa
Order: Conulariida
Genus: Sphenothallus