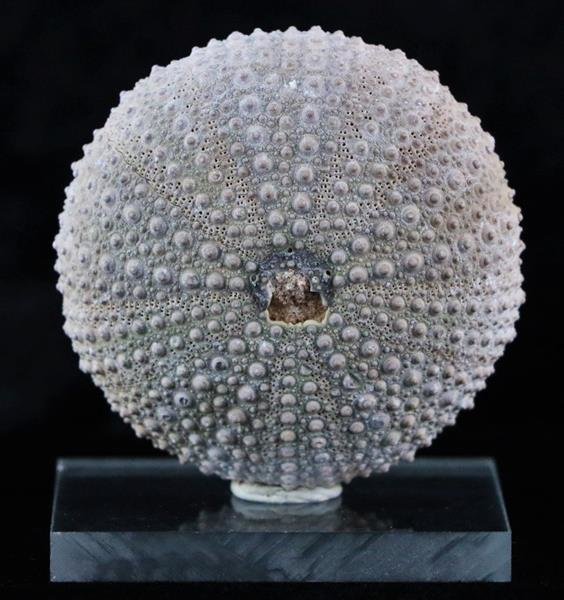 Morocco
Middle Jurassic (about 170 Million Years Ago)
Phymosoma is an extinct genus of echinoids that lived from the Cretaceous to the Eocene. Sea Urchins are a group of marine invertebrates that today can be found in almost every major marine habitat from the poles to the equator and from the intertidal zone to depths of more than 5,000 metres. There are around 800 extant species and the group has a long and detailed fossil record stretching back about 450 million years ago to the Late Ordovician Period. Commonly called "Sea Biscuits" of Sea Urchins Echinoid is Latin for "pickle". When alive these animals were covered with movable spines which gave protection and provided locomotion.
Kingdom: Animalia
Phylum: Echinodermata
Class: Echinoidea
Order: Phymosomatoida
Family: Phymosomatidae
Genus: Phymosoma