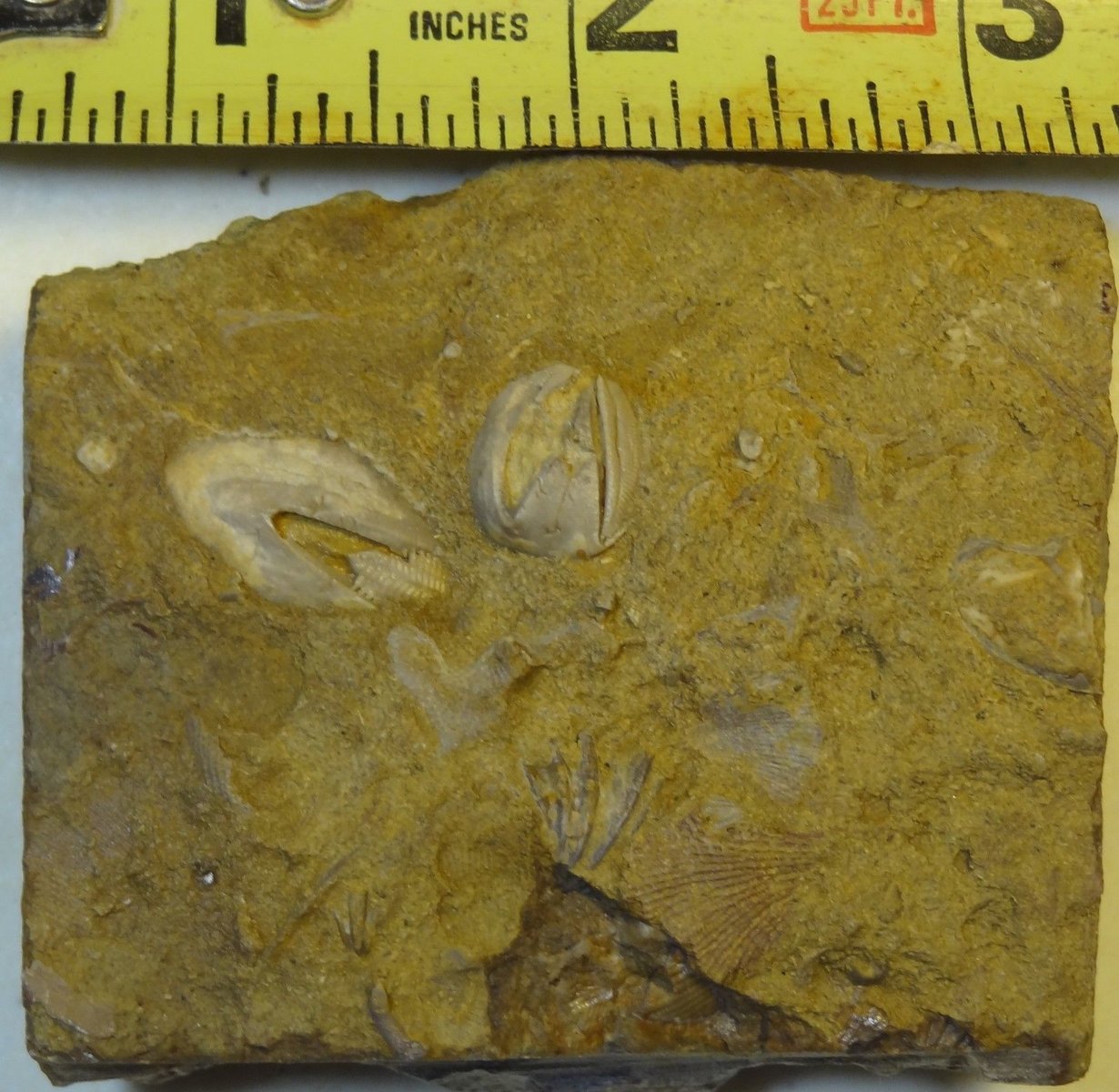 Chesterian Zone of the Bangor Limestone Formation in northern Alabama
Mississippian Period (ca 325,000,000 years old)
Blastoids (class Blastoidea) are an extinct type of stemmed echinoderm.[1] Often called sea buds, blastoid fossils look like small hickory nuts. They first appear, along with many other echinoderm classes, in the Ordovician period, and reached their greatest diversity in the Mississippian subperiod of the Carboniferous period. However, blastoids may have originated in the Cambrian. Blastoids persisted until their extinction at the end of Permian, about 250 million years ago. Although never as diverse as their contemporary relatives, the crinoids, blastoids are common fossils, especially in many Mississippian-age rocks. Pentremites is an extinct genus of blastoid echinoderm belonging to the family Pentremitidae. These echinoderms averaged a height of about 11 centimetres (4.3 in)but occasionally ranged up to about 3 times that size. They, like other blastoids, superficially resemble their distant relatives, the crinoids or sea lilies, having a near-idential lifestyle living on the sea floor attached by a stalk. They trapped food floating in the currents by means of tentacle-like appendages. Pentremites species lived in the early to middle Carboniferous, from 360.7 to 314.6 Ma. Its fossils are known from North America.
Kingdom: Animalia
Phylum: Echinodermata
Class: †Blastoidea
Order: †Spiraculata
Family: †Pentremitidae
Genus: †Pentremites