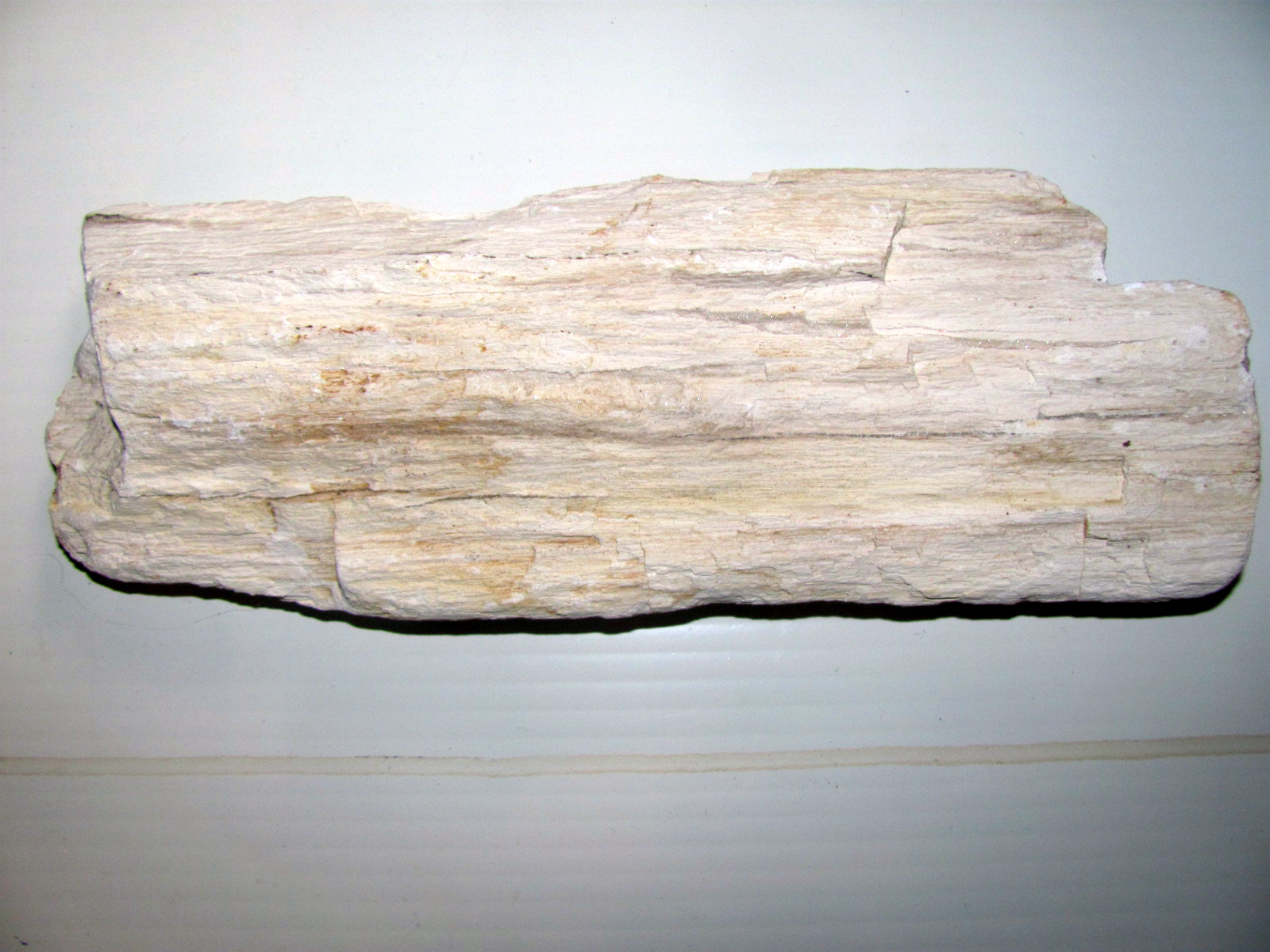 Petrified Wood - Indonesia
SITE LOCATION: Indonesia (Banten and also in some part of Mount Halimun Salak National Park - probably Genteng Formation)
TIME PERIOD: Miocene era (20 million years ago)
This is a petrified piece of Tropical Hardwood. Petrified wood (from the Greek root petro meaning "rock" or "stone"; literally "wood turned into stone") is the name given to a special type of fossilized remains of terrestrial vegetation. It is the result of a tree or tree-like plants having completely transitioned to stone by the process of permineralization. All the organic materials have been replaced with minerals (mostly a silicate, such as quartz), while retaining the original structure of the stem tissue. Unlike other types of fossils which are typically impressions or compressions, petrified wood is a three-dimensional representation of the original organic material. The petrifaction process occurs underground, when wood becomes buried under sediment or volcanic ash and is initially preserved due to a lack of oxygen which inhibits aerobic decomposition. Mineral-laden water flowing through the covering material deposits minerals in the plant's cells; as the plant's lignin and cellulose decay, a stone mold forms in its place. The organic matter needs to become petrified before it decomposes completely. A forest where such material has petrified becomes known as a petrified forest. Petrified wood can preserve the original structure of the stem in all its detail, down to the microscopic level. Structures such as tree rings and the various tissues are often observed features. Petrified wood is a fossil in which the organic remains have been replaced by minerals in the slow process of being replaced with stone. This petrification process generally results in a quartz chalcedony mineralization. Special rare conditions must be met in order for the fallen stem to be transformed into fossil wood or petrified wood. In general, the fallen plants get buried in an environment free of oxygen (anaerobic environment), which preserves the original plant structure and general appearance. The other conditions include a regular access to mineral rich water in contact with the tissues, replacing the organic plant structure with inorganic minerals. The end result is petrified wood, a plant, with its original basic structure in place, replaced by stone. Exotic minerals allow the red and green hues that can be seen in rarer specimens.
Kingdom: Plantae