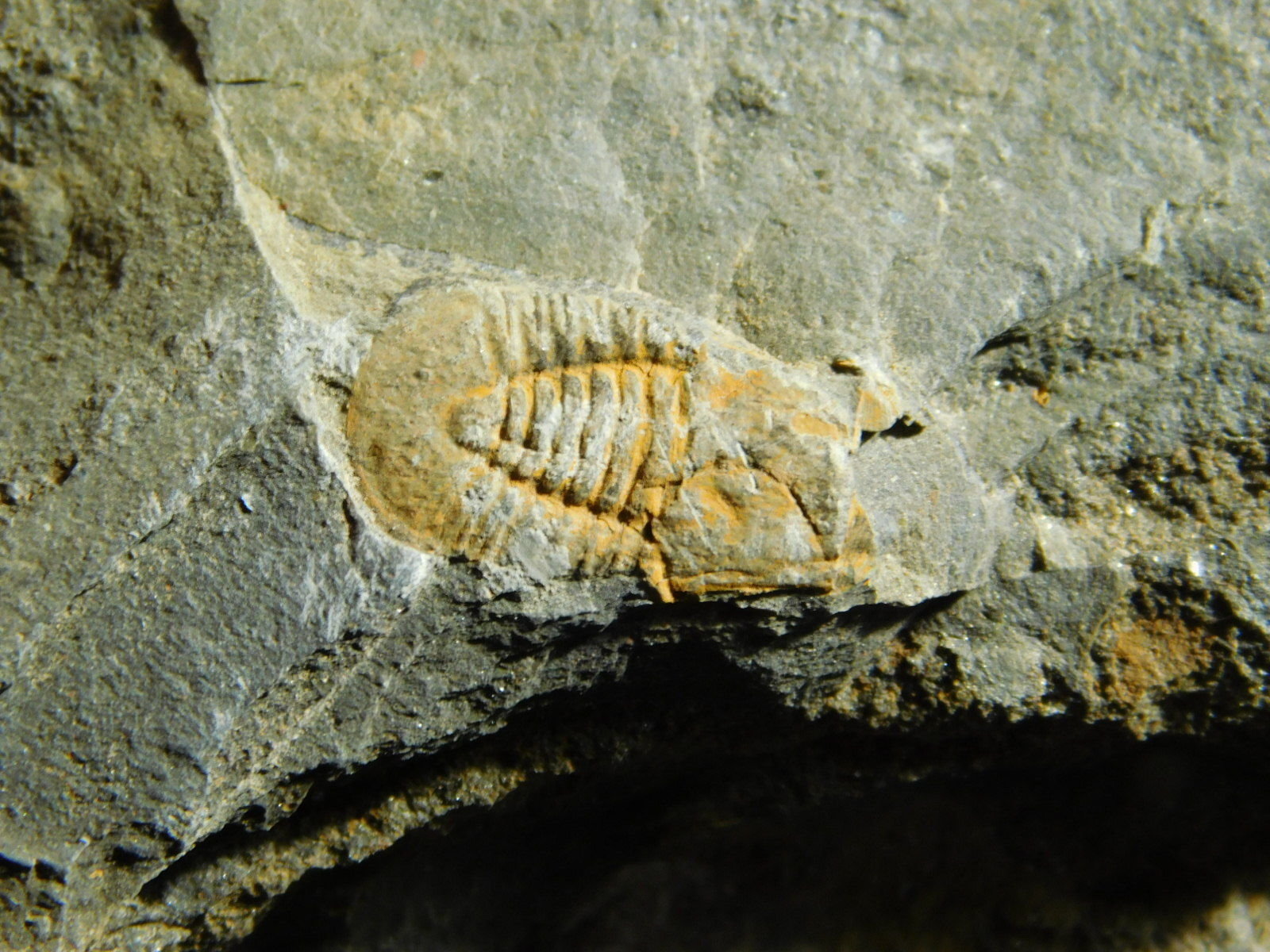 SITE LOCATION: Morocco
TIME PERIOD: Middle to the Upper Ordovician (445-470 million years ago)
Symphysops is a genus of trilobites of average size, belonging to the Cyclopygidae family. It had a cosmopolitan distribution and lived from the Middle to the Upper Ordovician (Llanvirn to Ashgill). It has been found in Canada (Quebec and Newfoundland), China, the Czech Republic (Bohemia), Iran, Ireland, Kazakhstan, Poland, Morocco, Spain, Scotland and Wales. The name Symphysops refers to the fused eyes, common to the species of this genus. Some (sub)species of the cyclopygid genera Cyclopyge and Pricyclopyge share this character, but Symphysops uniquely combines the merged eye with a frontal thorn on the head and the "lower eyelid". Symphysops is characterized by large eyes that merge at the front of the headshield (or cephalon) to form what looks like a visor with at the back a wide free cheek. The remainder of the cephalon is filled by the glabella, which in most species extends into a forward pointing thorn at its frontal tip. The occipital ring cannot be distinguish from the rest of the glabella, which has two pair of transverse furrows, the rear pair distinct, and the frontal pair very shallow. The thorax consists of six segments, the frontal segment carrying backward directed pleural spines. Symphysops has features typically associated with a pelagic lifestyle, among which very large eyes, compact thorax and indications of strong musculature. In some later cyclopygids, progressive enlargement resulted in the anterior fusion of their eyes. Given the weight of the dorsal exoskeleton, it is likely cyclopygids swam upside down, not unlike some extant crustaceans with pelagic lifestyles.
Kingdom: Animalia
Phylum: Arthropoda
Class: †Trilobita
Order: †Asaphida
Family: †Cyclopygidae
Genus: †Pricyclopyginae
Species: †Symphysops