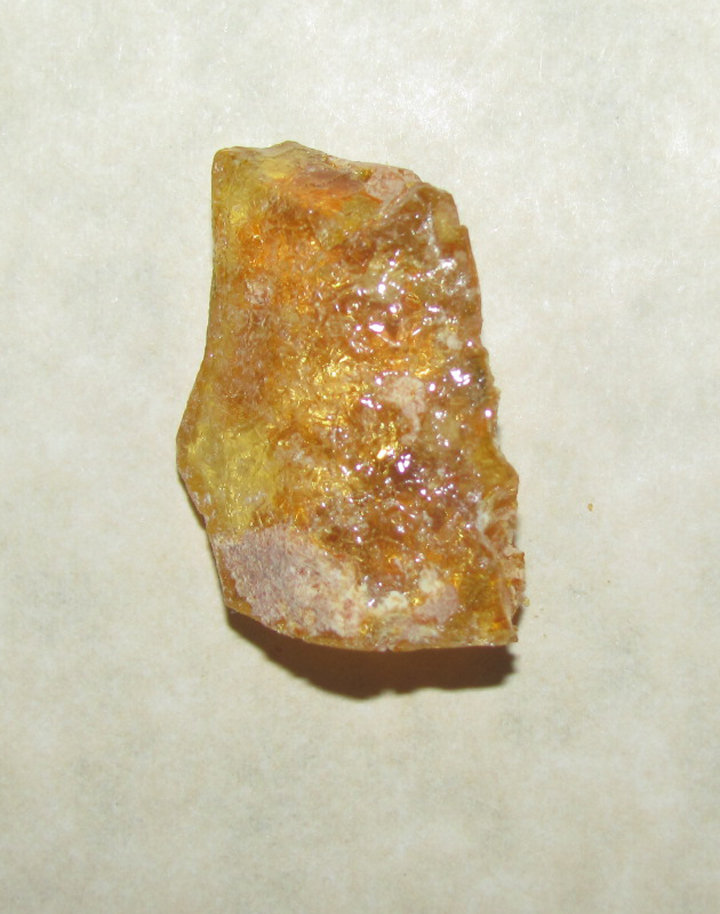 SITE LOCATION: Columbia
TIME PERIOD: Recent Era (several hundred to several thousand years old)
Data: Copal is a name given to tree resin from the copal tree Protium copal (Burseraceae) that is particularly identified with the aromatic resins used by the cultures of pre-Columbian Mesoamerica as ceremonially burned incense and other purposes. More generally, the term copal describes resinous substances in an intermediate stage of polymerization and hardening between "gummier" resins and amber. The word copal is derived from the Nahuatl language word copalli, meaning "incense". Copal that is partly mineralized is known as copaline. Grimaldi (1996) referred to copal as subfossil resin, several hundred to several thousand years old, that may take a high polish, but will craze deeply on the surface after only a few years when the volatiles from the original resin evaporate.