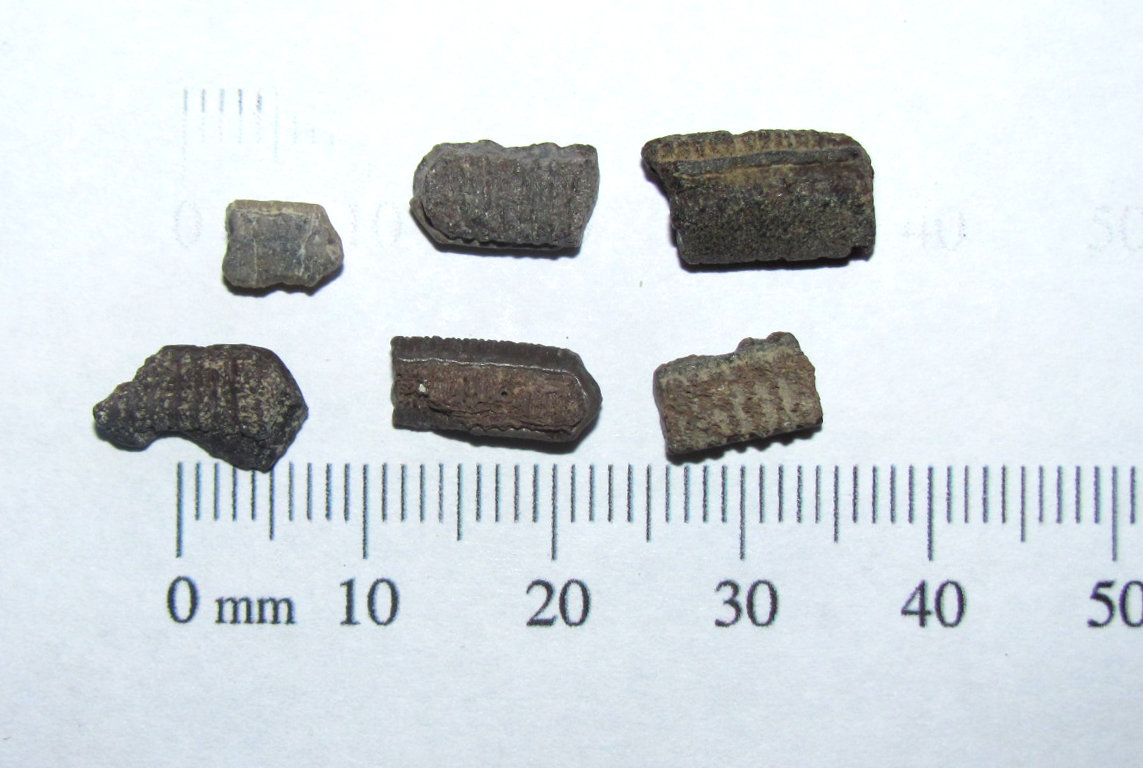 Share Followers 0
Myliobatis sp. dental plates
SITE LOCATION: Pungo River or Yorktown Formation, Aurora, Beaufort Co., North Carolina, USA
TIME PERIOD: Miocene age (5.3-23 Million Years Ago)
Data: Myliobatis is a genus of eagle rays in the family Myliobatidae. Myliobatis species can reach a length of about 150 centimetres (59 in). Body consist of a rhomboidal disc, wider than long, with a one dorsal fin. The head is broad and short, with eyes and spiracles on the sides. The tail is slender, with 1-2 large spines at the base, without tail fin. The teeth are arranged in the lower and upper jaw in flat tooth plates called pavement teeth, each consisting of about 7 series of plates. Said mouth plates are useful to crush clam shells and crustaceans. The extinct species Myliobatis dixoni is known from Tertiary deposits along the Atlantic seaboards of the United States, Brazil, Nigeria, England, and Germany.
Kingdom: Animalia
Phylum: Chordata
Class: Chondrichthyes
Order: Myliobatiformes
Family: Myliobatidae
Genus: Myliobatis
From the album: