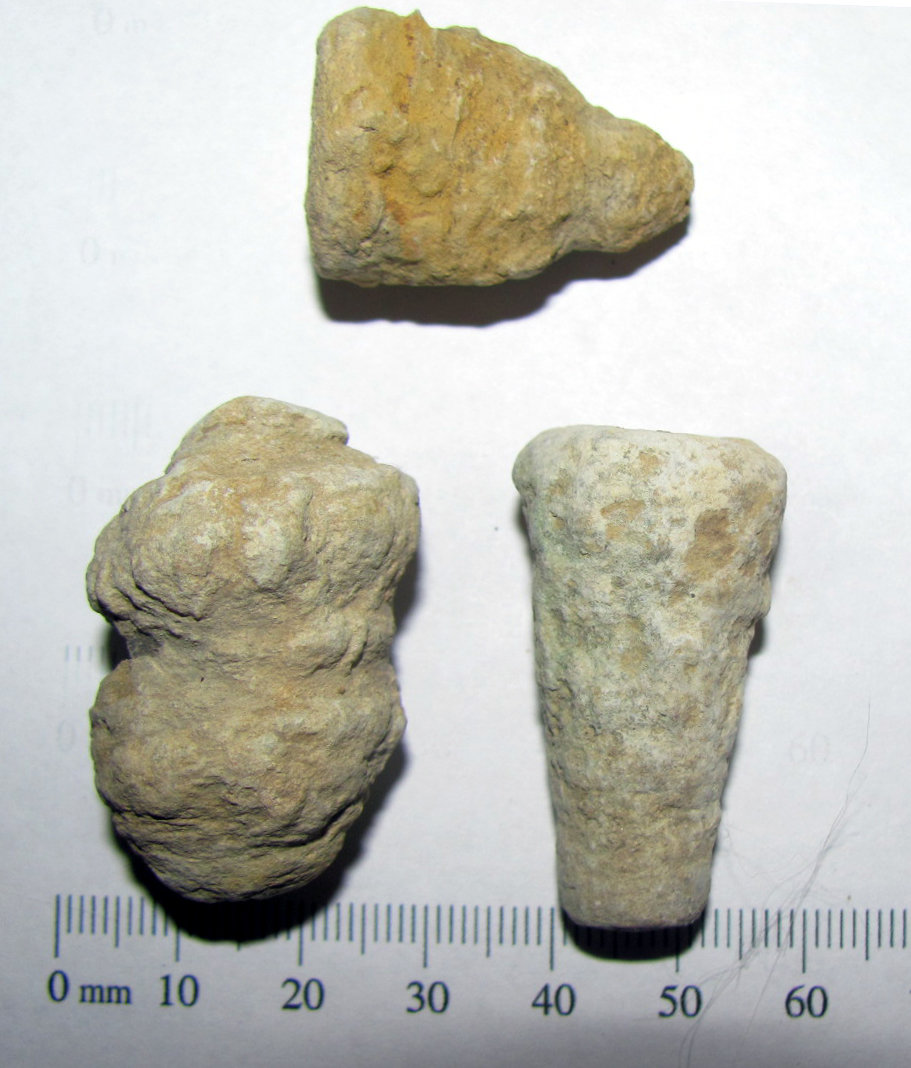 Share Followers 0
Conostichus - Sea Anemone Burrow Fossils
SITE LOCATION: Cedar Creek Lake in Franklin County, Alabama
TIME PERIOD: Mississippian Period (ca 350,000,000 yrs old)
Data: Conostichus is an ichnogenus of trace fossil. Conostichus was first described as a marine plant by Leo Lesquereaux, a famous paleobotanist (a student of fossil plants) in 1876 from specimens found in southern Illinois. Because of their radial symmetry, however, they have more recently been thought to be molds of crinoids or burrows of sea anemones. Specimens found in place in their enclosing rocks commonly occur in shale beds that include thin strata of fine sand; the cone-shaped structures broaden upward and it is thought that sand collected in the molds or burrows and then became firmly cemented by iron compounds. Shale weathers easily and so the specimens are released. The presence of Conostichus specimens indicates that the rock layers in which they are found were deposited in an ancient ocean. This knowledge can be of practical value because coal beds that are overlain by marine strata commonly are high in sulfur content and therefore may be considered less desirable for use as a fuel. Sea Anemone taxonomy below: (Incertae Sedis)
Kingdom: Animalia
Phylum: Cnidaria
Class: Anthozoa
Order: Hexacorallia
Family: Actiniaria
From the album: