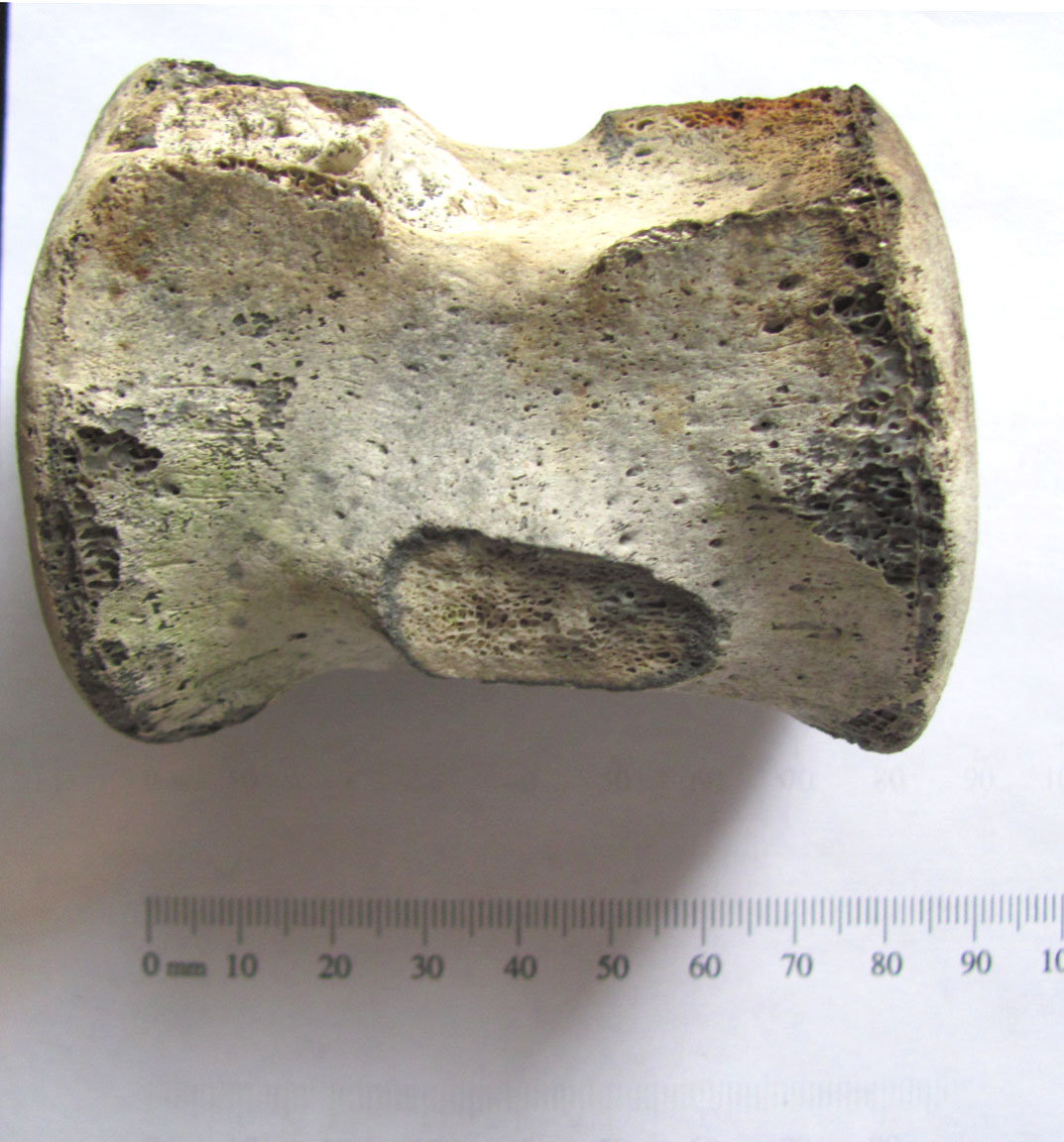 Odontoceti Whale Vertebra
SITE LOCATION: North Carolina
TIME PERIOD: Miocene age (5.3-23 Million Years Ago)
Data: The toothed whales (systematic name Odontoceti) are a parvorder of cetaceans that includes dolphins, porpoises, and all other whales possessing teeth, such as the beaked whales and sperm whales. Seventy-three species of toothed whales (also called odontocetes) are described. They are one of two living groups of cetaceans, the other being the baleen whales (Mysticeti), which have baleen instead of teeth. The two groups are thought to have diverged around 34 million years ago (mya). Toothed whales range in size from the 4.5 ft (1.4 m) and 120 lb (54 kg) vaquita to the 20 m (66 ft) and 55 t (61-short-ton) sperm whale. Several species of odontocetes exhibit sexual dimorphism, in that the females are larger than males. They have streamlined bodies and two limbs that are modified into flippers. Some can travel at up to 20 knots. Odontocetes have conical teeth designed for catching fish or squid. They have well-developed hearing, that is well adapted for both air and water, so much so that some can survive even if they are blind. Some species are well adapted for diving to great depths. Almost all have a layer of fat, or blubber, under the skin to keep warm in the cold water, with the exception of river dolphins.
Kingdom: Animalia
Phylum: Chordata
Class: Mammalia
Order: Artiodactyla
Family: Infraorder: Cetaxcea Parvorder: Odontoceti