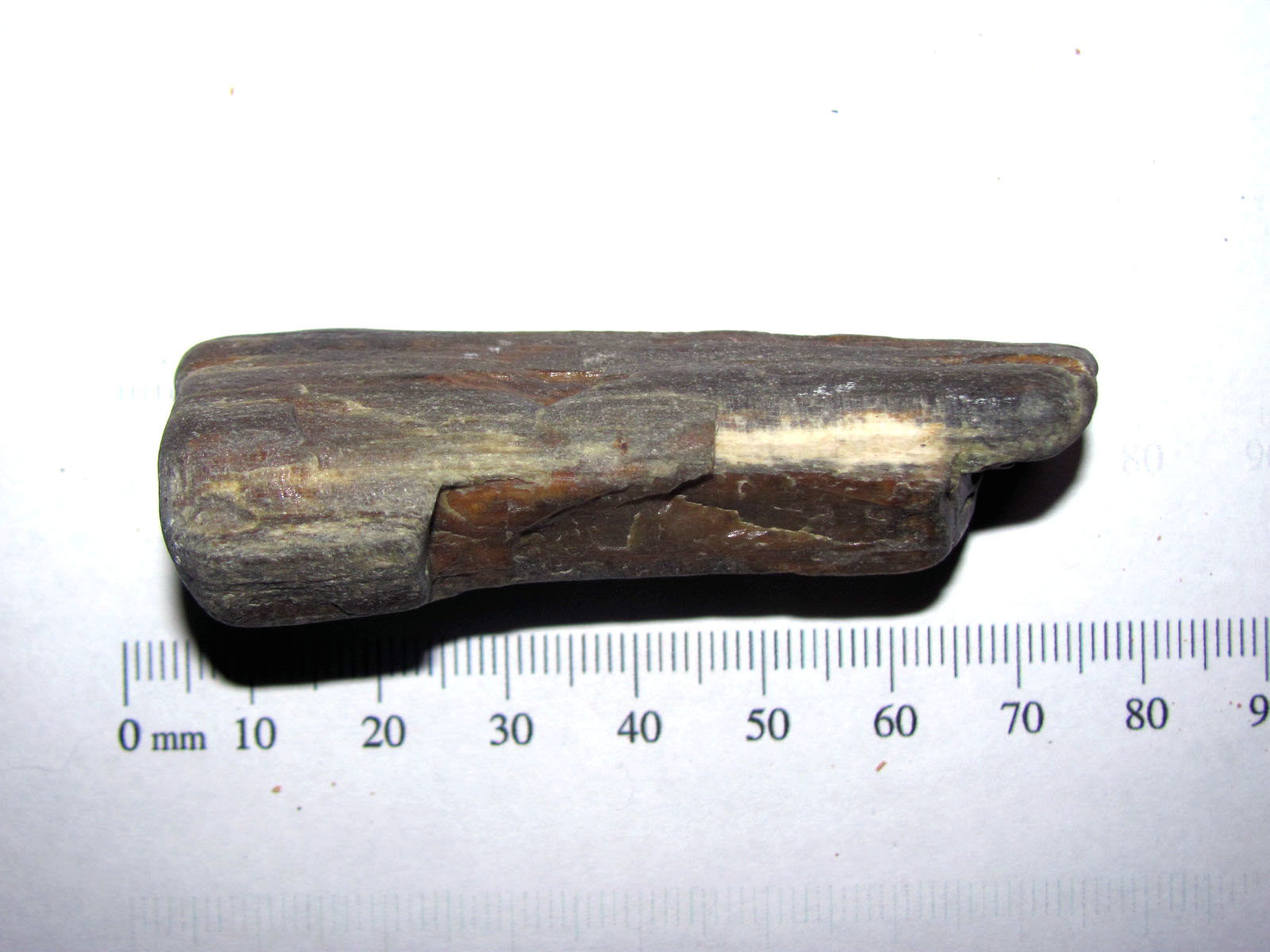 Share Followers 0
Petrified Wood
SITE LOCATION: West Point, Cumings, Co., Nebraska, USA
TIME PERIOD: Late Cretaceous (75-100 Million Years Ago)
Data: Lake Superior Agate - Petrified wood (from the Greek root petro meaning "rock" or "stone"; literally "wood turned into stone") is the name given to a special type of fossilized remains of terrestrial vegetation. It is the result of a tree or tree-like plants having completely transitioned to stone by the process of permineralization. All the organic materials have been replaced with minerals (mostly a silicate, such as quartz), while retaining the original structure of the stem tissue. Unlike other types of fossils which are typically impressions or compressions, petrified wood is a three-dimensional representation of the original organic material. The petrifaction process occurs underground, when wood becomes buried under sediment or volcanic ash and is initially preserved due to a lack of oxygen which inhibits aerobic decomposition. Mineral-laden water flowing through the covering material deposits minerals in the plant's cells; as the plant's lignin and cellulose decay, a stone mold forms in its place. The organic matter needs to become petrified before it decomposes completely. A forest where such material has petrified becomes known as a petrified forest.
Kingdom: Plantae
From the album: