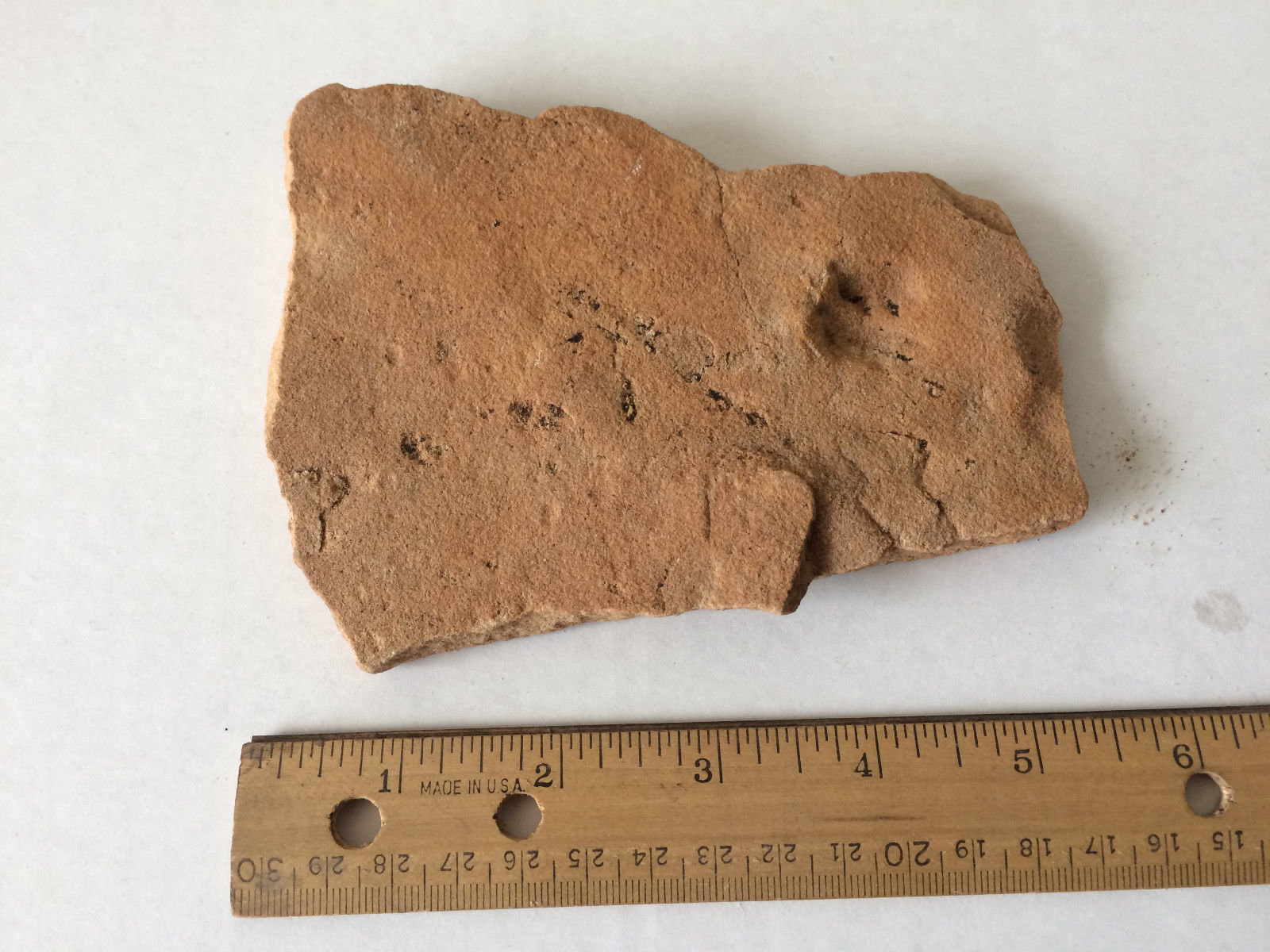 Amphibian Tracks - Laoporus
SITE LOCATION: Coconino Sandstone, Ashfork, Arizona, USA
TIME PERIOD: Permian Age (298.9 - 251.902 million years ago)
Data: The lack of matching between extinct animals and fossil tracks has led to a multiplication of fossil names. Thus, trace fossils, like body fossils, are given individual Latin names using the Linnaean binomial system, even though the trace in itself does not represent a unique organism. So names like Baropezia fontis emerged designating an unknown `heavy-footed (broad-toed) creature from the Fountain Formation’ (Carboniferous of Colorado). Another example is Laoporus (`stone tracks’) from the Coconino Sandstone in the Grand Canyon. Most paleontologists attribute Laoporus to amphibians, many of the features of which resemble the tracks that salamanders, manoeuvring in shallow water, produced during experiments. Despite the difficulties explaining away this evidence for a wet environment, many geologists still interpret the Coconino Sandstone as a desert formation! Despite the united efforts to dismiss the subaqueous origin of the Laoporus, one cannot forget the case of the formations in the north-eastern Bighorn Basin in Wyoming. Interestingly, these were described as marine in origin until dinosaur tracks were recently discovered in them!