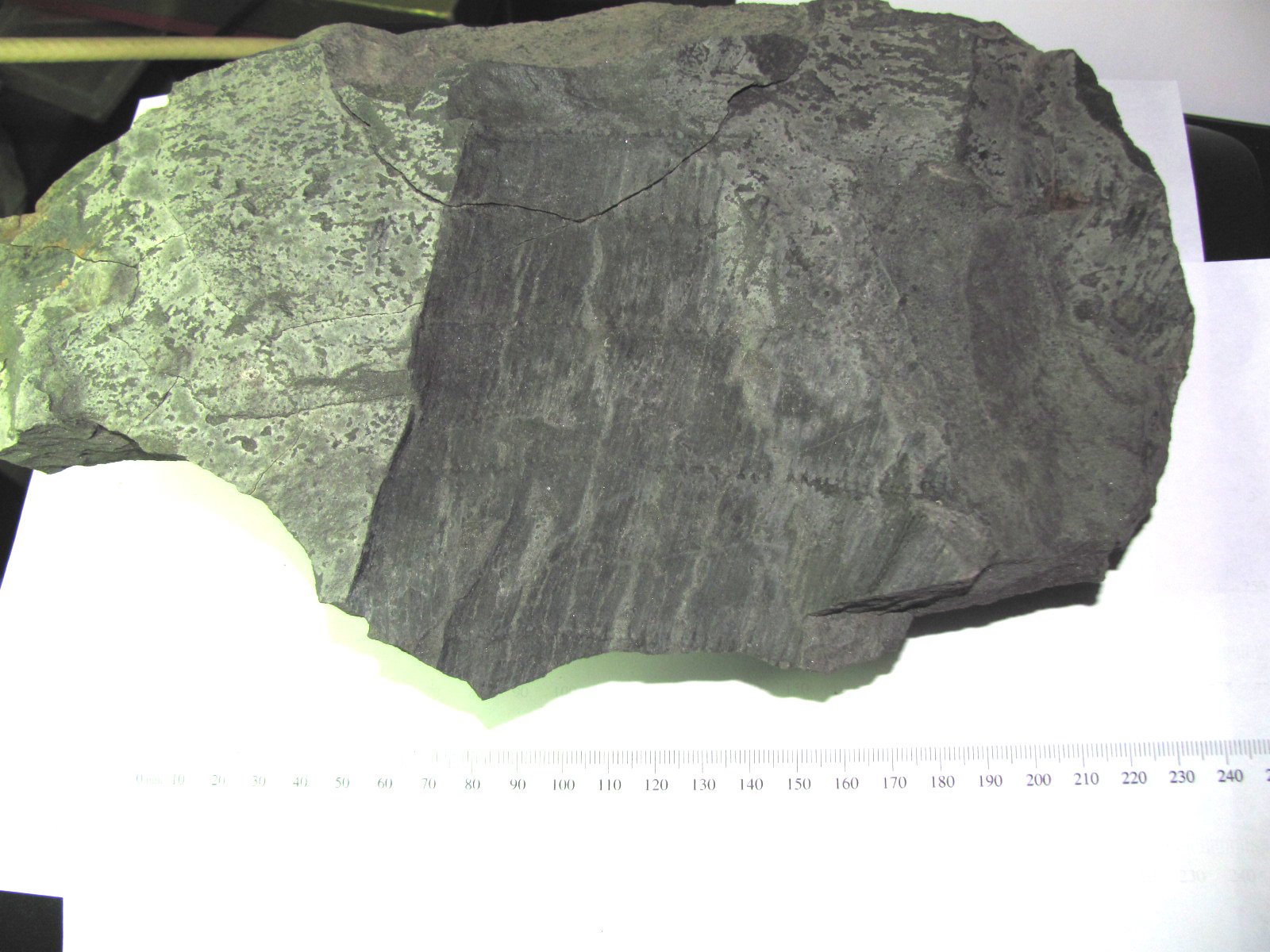 A number of organ taxa have been identified as part of a united organism, which has inherited the name Calamites in popular culture. Calamites correctly refers only to casts of the stem of Carboniferous/Permian sphenophytes, and as such is a form genus of little taxonomic value. There are two forms of casts, which can give mistaken impressions of the organisms. The most common is an internal cast of the hollow (or pith-filled) void in the centre of the trunk. This can cause some confusion: firstly, it must be remembered that a fossil was probably surrounded with 4-5 times its width in (unpreserved) vascular tissue, so the organisms were much wider than the internal casts preserved. Further, the fossil gets narrower as it attaches to a rhizoid, a place where one would expect there to be the highest concentration of vascular tissue (as this is where the peak transport occurs). However, because the fossil is a cast, the narrowing in fact represents a constriction of the cavity, into which vascular tubes encroach as they widen. Further organ genera belonging to sphenophytes include: (1)  Arthropitys (stems which are preserved in a mineralised form  (2)     Astromyelon (permineralised rhizomes, distinguished from Arthropitys by the absence of a carinal canal)  (3)  Annularia and Asterophylites (form genera of leaf-whorls which are paraphyletic).  This is possibly Calamites suckowi.
Kingdom: Plantae
Phylum: Pteridophyta
Class: Equisetopsida
Order: Equisetales
Family: †Calamitaceae
Genus: †Calamites