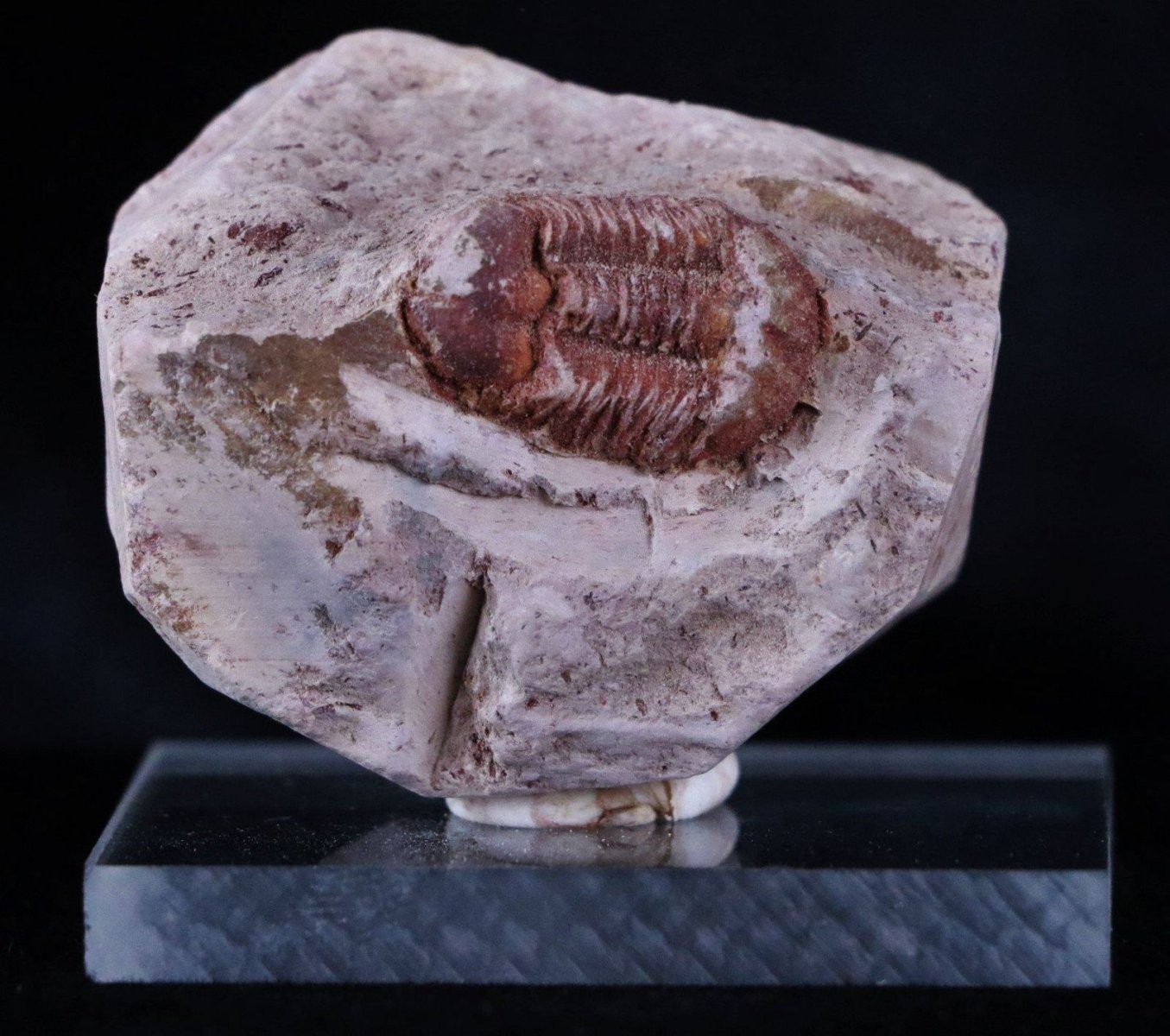 Vietnam
Eifelian and Pragian stages - Devonian Age 380 Million Years old.
Trilobites are a fossil group of extinct marine arthropods that form the class Trilobita. Trilobites form one of the earliest known groups of arthropods.The first appearance of trilobites in the fossil record defines the base of the Atdabanian stage of the Early Cambrian period (521 million years ago). They were hard-shelled, segmented creatures that lived in Earth's ancient seas. They are considered to be one of our planet's earliest complex life-forms and are one of the key signature creatures of the Paleozoic Era. Trilobites went extinct before dinosaurs ever existed.  Weight: 1.4 Ounces Dimensions: 1.8 Inches Long & 1.4 Inches Wide.  Ductina was a rather successful phacopid, being recorded throughout most of the Devonian. They are small (examples range between 1/2 an inch to 1.2 inches), with a simple effaced pygidum and a cephalon lacking many features (such as tubercles) found in its fellow trilobites of the Family Phacopidae. Most noticeably, Ductina is blind. Blindness is a trend in several groups of trilobites, but was also present in the relatives of the well-known Eldredgeops. This secondary blindness has often been interpreted as relating to the environmental conditions that the benthic trilobites faced
Kingdom: Animalia
Phylum: Arthropoda
Class: †Trilobita
Order: †Phacopida
Family: †Phacopidae
Genus: †Ductina
Species: †vietnamica