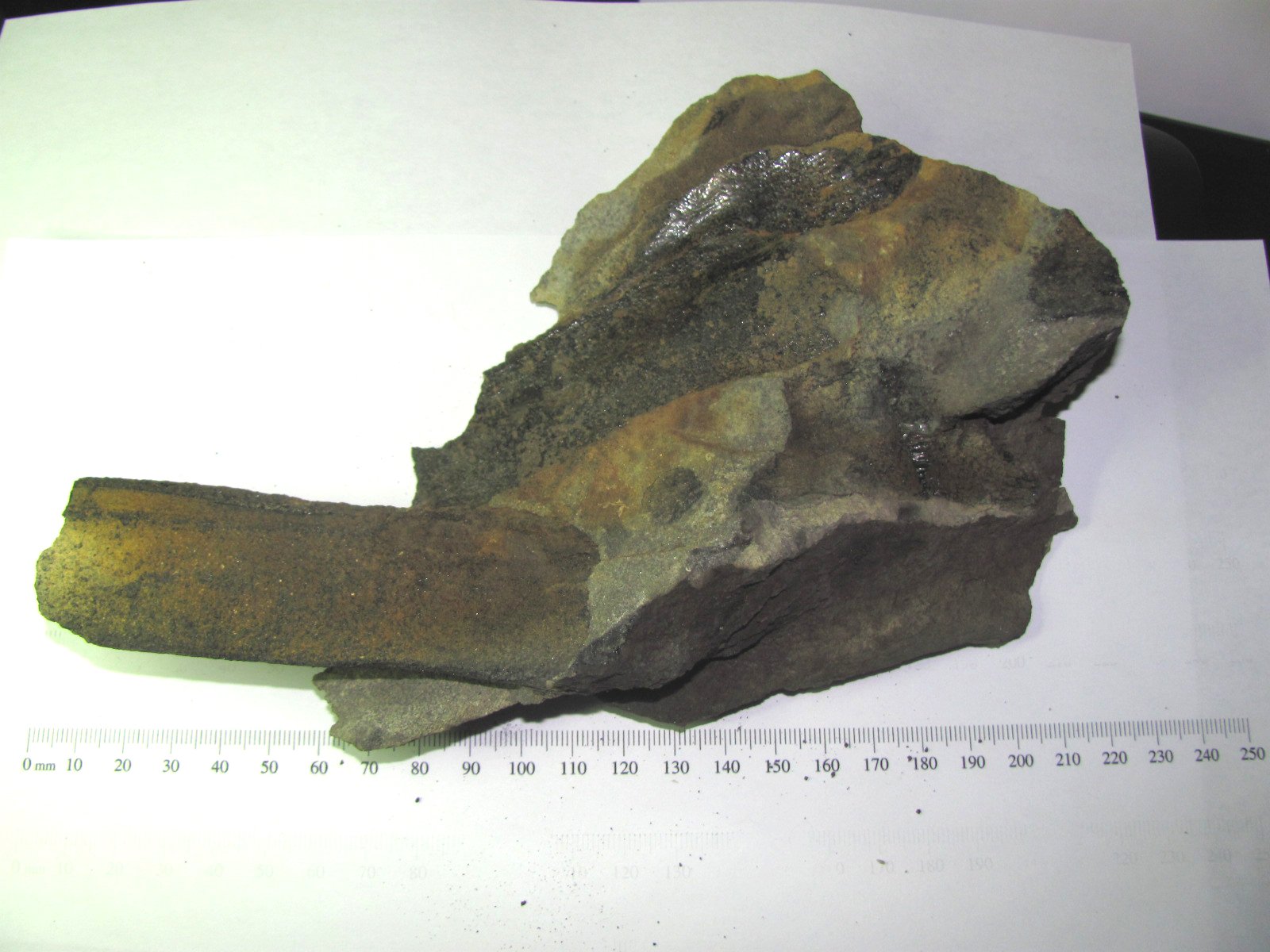 Rt 56 Bypass, Johnstown, Pennsylvania, USA
Pennsylvanian Period (290-330 Million Years Ago)
Cordaites was probably quite a large tree of monopodial or even sympodial stature. Its trunk diameter was at a minimum 0.5 m. Branches were between 1.1 m and spaced less than 0.7 m appart. The bases of the branches usually attained about 2/3 to 1/2 of the trunk width. The abaxial cuticle has stomata arranged in multiplex stomatal rows that formed a wide stomatiferous band. A transverse crypt above the stoma is an important diagnostic feature. The cordaitalean leaves, twigs, pith casts, fertile organs and seeds found are referable to a single natural species. The associated fertile organs belong to two types: 1) male fertile organs Florinanthus volkmannii and 2) a more robust, probably female, form similar to Cordaitanthus ovatus . Cuticles from the scales and long bracts of Florinanthus volkmannii have been studied in detail. Most scale cuticles are astomatal, but stomata may occur very rarely on some parts of the abaxial cuticle. Small trichomes grew from the scale margins. The cuticle of the bract has elongate cells and stomata are arranged in single stomatal rows on the abaxial cuticle. Many bilateral monosaccate pollen grains [ Florinites ovalis , Florinites guttatus and Pseudoillinites , with a central body bipolar attachment to the equatorial saccus were separated from scale surfaces of Florinanthus volkmannii . The pith cast belong to the species Artisia approximata . The seeds are small and of the " Cardiocarpus- type". Cordaites grew in wet, peat-forming habitats and they were most likely trees of medium height.
Kingdom: Plantae
Phylum: Pinophyta
Class: Pinopsida
Order: Cordaitales
Family: Cordaitaceae
Genus: †Cordaites


*NOTE:  Photo #2 iappears to be a stem or branch - It seems to be much harder than the surrounding shale!  The pictures following show structures that are probably poorly preserved leaves.