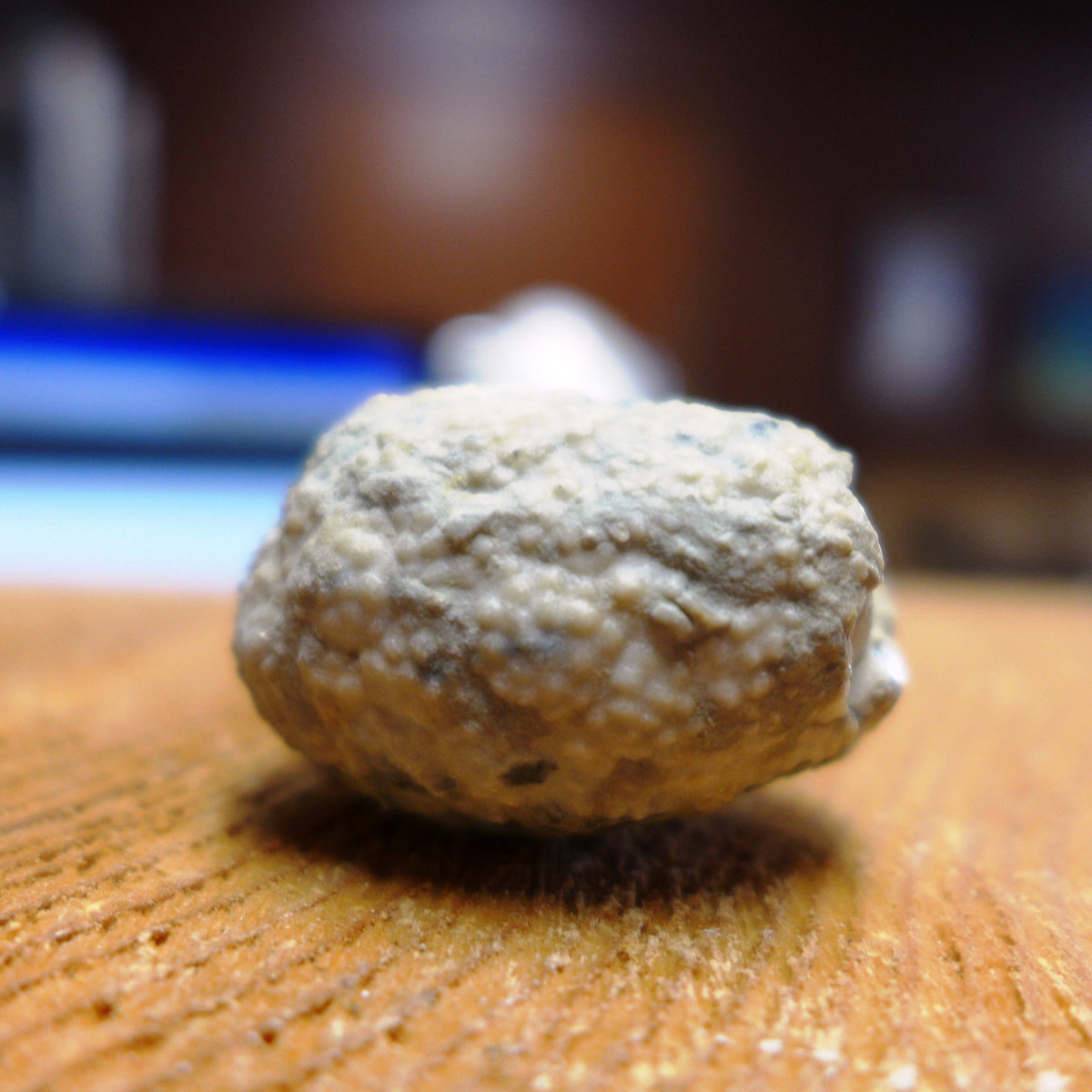 Holocystites scutellatus Cystoid
Osgood shale of Napoleon, Indiana
Silurian Age (443 - 416 million years ago)
The Holocystites Fauna is an enigmatic group of North American diploporitans that presents a rare window into unusual middle Silurian echinoderm communities. Multiple systematic revisions have subdivided holocystitids on the basis of presumed differences in oral area plating and respiratory structures. However, these differences were based on a fundamental misunderstanding of the homologous elements of the oral area and the taphonomic process; taphonomic disarticulation of the oral area formed the basis for the erection of Pentacystis and Osgoodicystis as separate genera, and Osgoodicystis is interpreted as the junior synonym of Pentacystis . Holocystitids show a conservative peristomial bordering plate pattern that is shared among all described genera. The peristome is bordered by seven interradially positioned oral plates as is typical for oral plate–bearing blastozoans. A second open circlet of facetal plates lies distal to the oral plates; five of these facetal plates bear facets for feeding appendages (lost on the A ambulacrum in some taxa), while two lateral facets (present in all taxa except Pustulocystis ) do not. Holocystitid taxa show minor modifications to this basic peristomial bordering plate pattern. As thecal morphologies are highly variable within populations, taxonomic revision of holocystitids is based on modifications of the plating of the oral area.
Kingdom: Animalia
Phylum: Echinodermata
Subphylum: †Blastozoa
Class: †Diploporita
Superfamily: †Sphaeronitida
Family: †Holocystitidae
Genus: †Holocystites
Species: †scutellatus