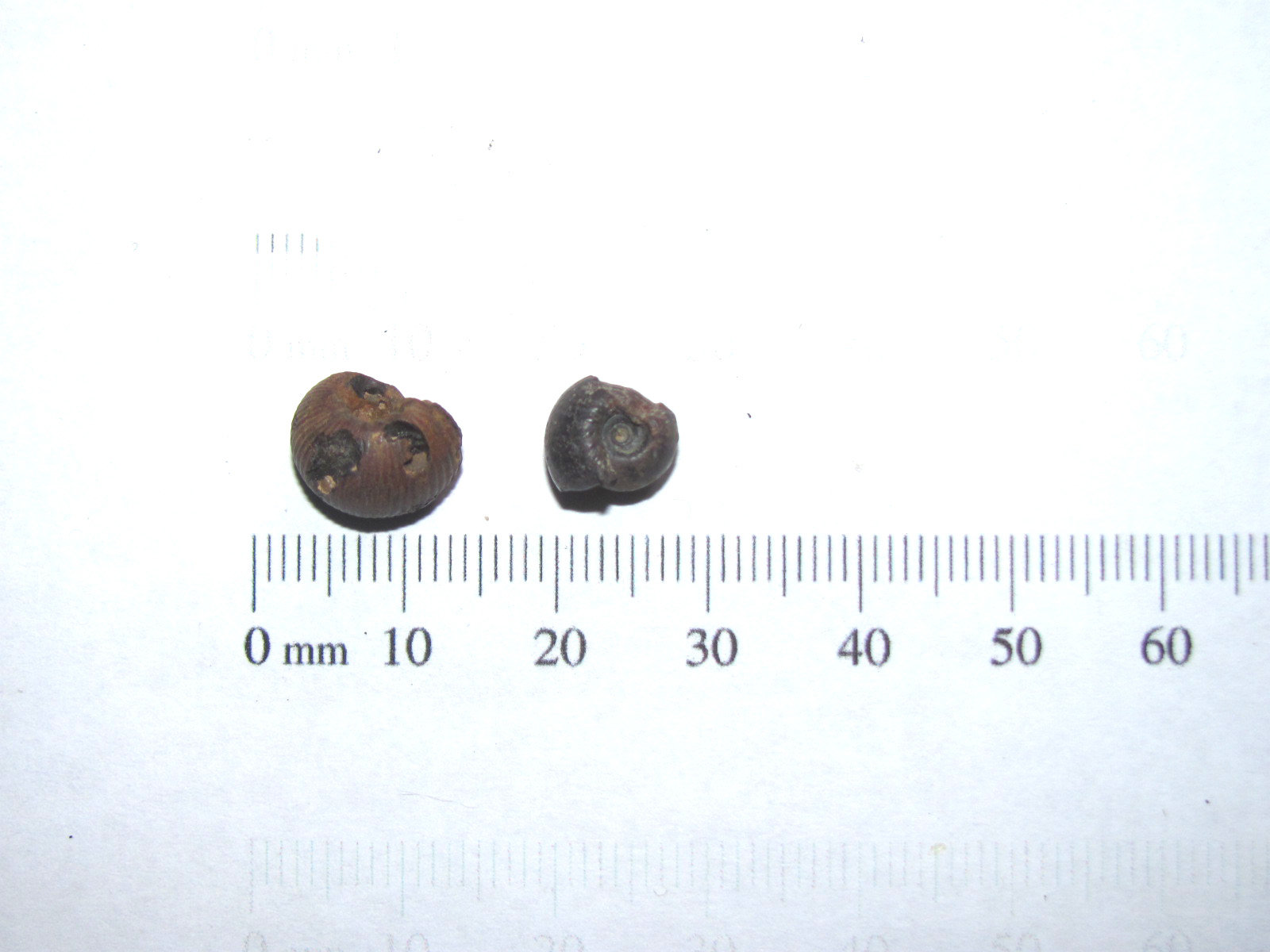 Bajocian, Morocco
Jurassic period ( 201.3 -145 million years ago)
Stephanoceras (meaning crown horn) is an extinct genus of Stephanoceratoid ammonite which lived during the Bajocian (Middle Jurassic).  It is the type genus of the family Stephanoceratidae.  Stephanoceras has an evolute shell, as characteristic of the family, with well-developed ribbing and tubercles. The shell is coiled so whorls barely touch in most, but some have notable overlap. Primary ribs emerge from the umbilical seam, the line marking the inner edge of the particular exposed whorl, and divide on the flanks, usually in two, occasionally in three, forming secondary ribs that cross the outer rim of the shell, known as the venter, uninterrupted. Turbercles, elevated projections, form at the ends of the primary ribs where they bifurcate or sometimes trifurcate.  Stephanoceras grew to be fairly large with a shell diameter as much as 27 cm and width as much as 6 cm across the outer whorl. Like many ammonites, Stephanoceras is dimorphic with a large, macroconch, form thought to be female and a small, microconch, form thought to be male. In most aspects the microconch is simply a smaller version of the macroconch. The primary difference lies in the aperture, which in the microconch has planar extensions on either side, lappets. That of the macroconch is generally simple, preceded by a constriction.
Kingdom: Animalia
Pylum: Mollusca
Class: Cephalopoda
Order: †Ammonitida
Family: † Stephanoceratidae