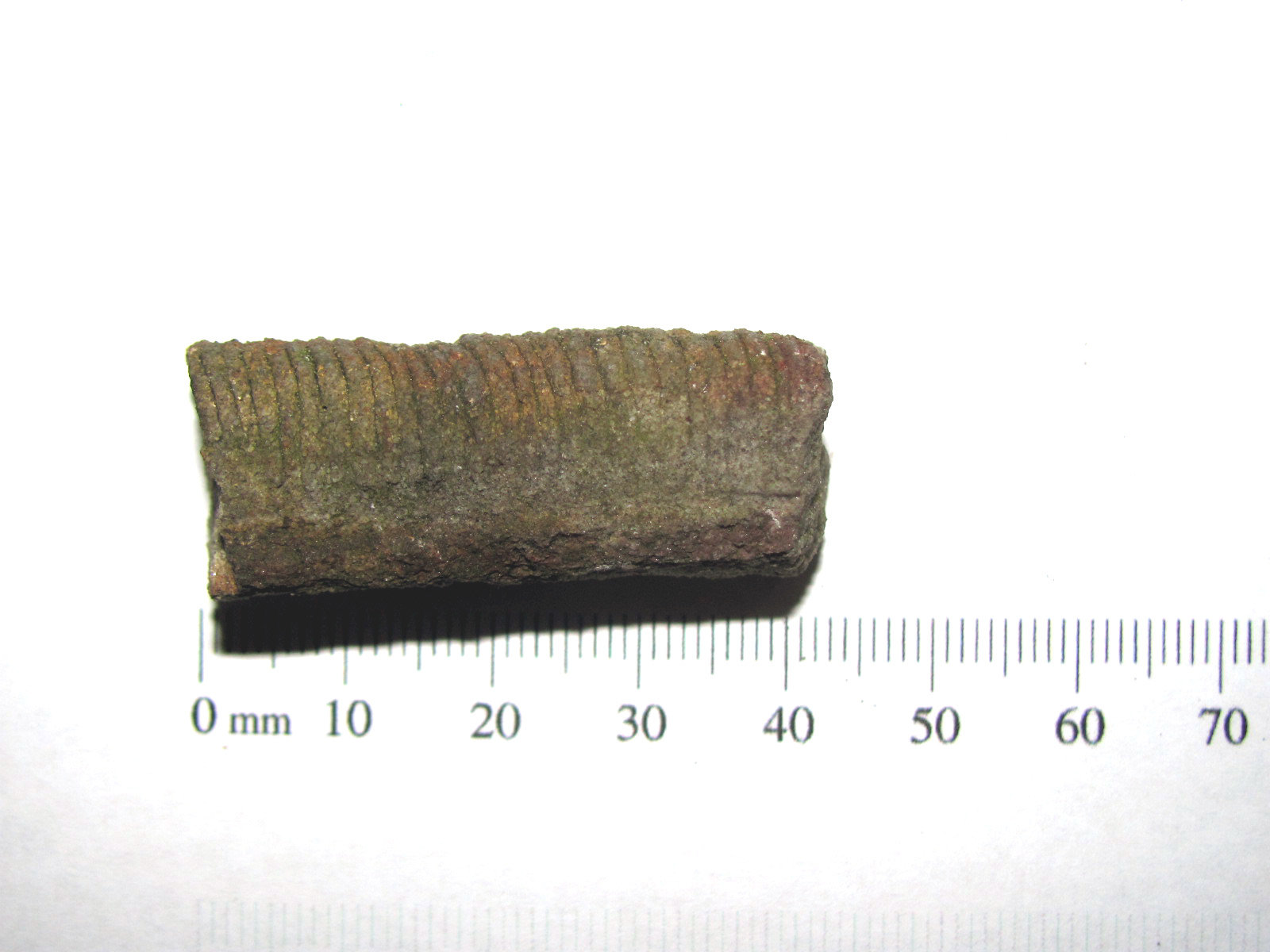 South Fork, Pennsylvania, USA
Pennsylvanian Period (290-330 Million Years Ago)
Artisia - the pith cast of Cordaites. In The Fossil Flora of Great Britain, or figures and descriptions of the vegetable remains found in a fossil state in this country - John Lindley, Wlliam Hutton, Volume III, 1837 were described similar ones as Sternbergia. Sternbergia angulosa Artis Antedil. phytol. t. 8. and Sternbergia approximata Ad. Brongn. Prodr. p. 137. " When the integuaient of coal is broken off, these plants are sometimes found simply marked by horizontal depressed lines, which meet alternately from opposite sides anastomozing in the middle ; but in other cases the space between the lines is excavated into deep furrows, and honey-combed as it were by the formation of short perpendicular bars which connect the lines ; traces also may be found of lines running along the sides of the stem for a considerable distance. The result of this is that many stems appear as if they were composed of horizontal plates, about l-16th of an inch apart and held together by some connection in the axis of the stem : a most extraordinary appearance, to which we know of no parallel, and which we are by no means prepared to say is their real structure. " Cordaites is an important genus of extinct gymnosperms which grew on wet ground similar to the Everglades in Florida.
Kingdom: Plantae
Phylum: Pinophyta
Class: Pinopsida
Order: Cordaitales
Family: Cordaitaceae
Genus: Cordaites

Photo Information for Round Artisia 1.JPG