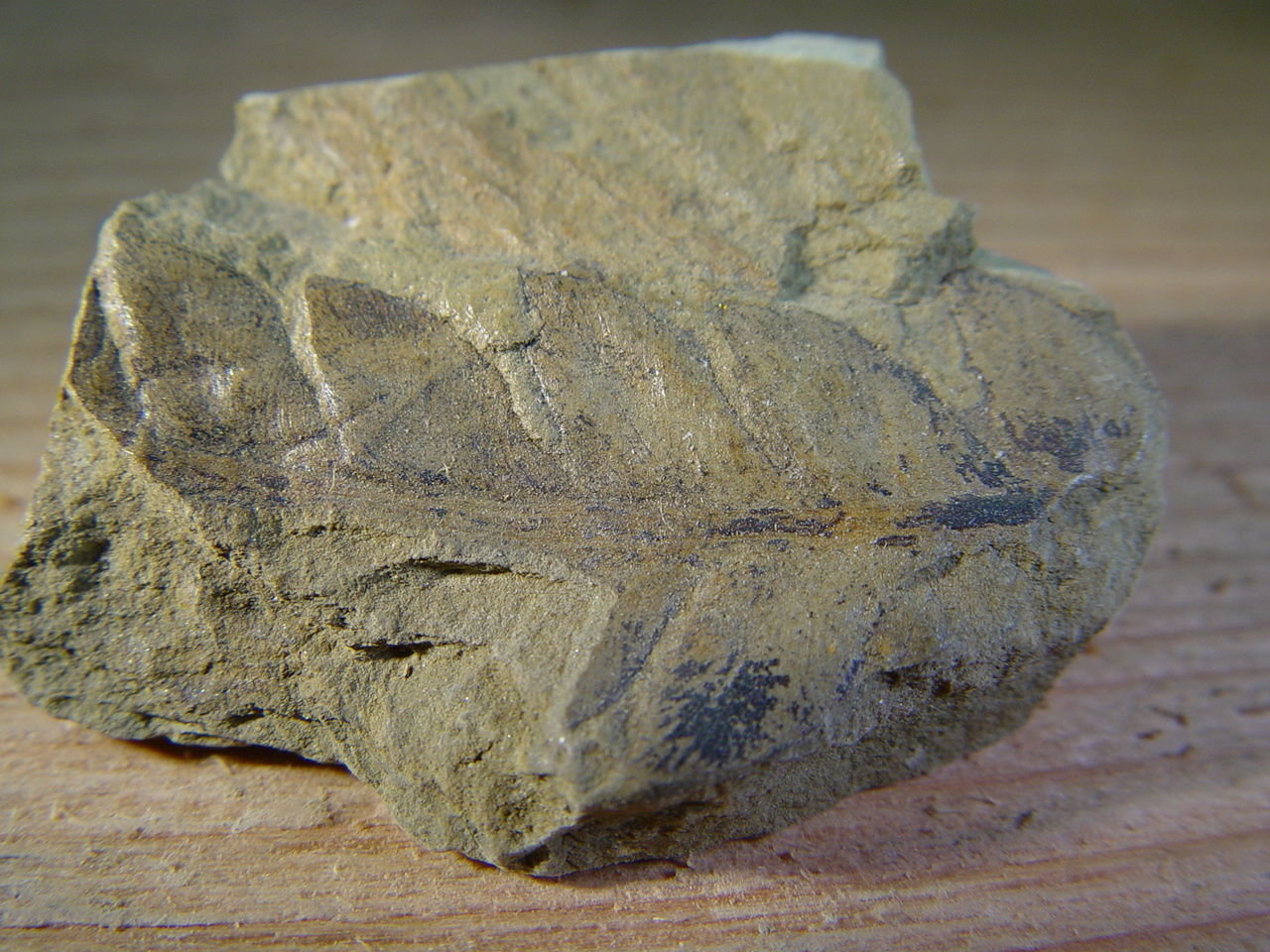 Bonner Springs Shale, Parkville, Missouri
Pennsylvanian Period (299-323 Million Years ago)
Odontopteris: a genus of fossil seed ferns found in the coal measures of the Carboniferous that have pinnatifid fronds with indistinct midribs and veins not forming a network. The genus Odontopteris, in the Stephanian still abundantly present, had declined strongly in the Permian. Schizaeaceae is a family of plants with three subfamilies, Anemioideae, Lygodioideae and Schizaeoideae (sometimes treated as families), with a total of four genera and about 190 species. They are mainly distributed in the tropics, but several species are found in temperate regions in North America, South Africa, Australasia and Northeast Asia. The family is united in that the sporangia are borne on specialised pinnae, distinct from ordinary vegetative pinnae. The pinnae form small comb-like, pinnate structures on which the sporangia are formed. This Odontopteris bradleyi measures 1 1/2" long and is on a matrix measuring 1 1/4" by 1 1/2".
Kingdom: Plantae
Phylum: Gymnospermophyta
Class: Filicopsida
Order: Polypodiales
Family: Schizaeaceae
Subfamily: Schizaeoideae
Genus: Odontopteris
Species: bradleyi