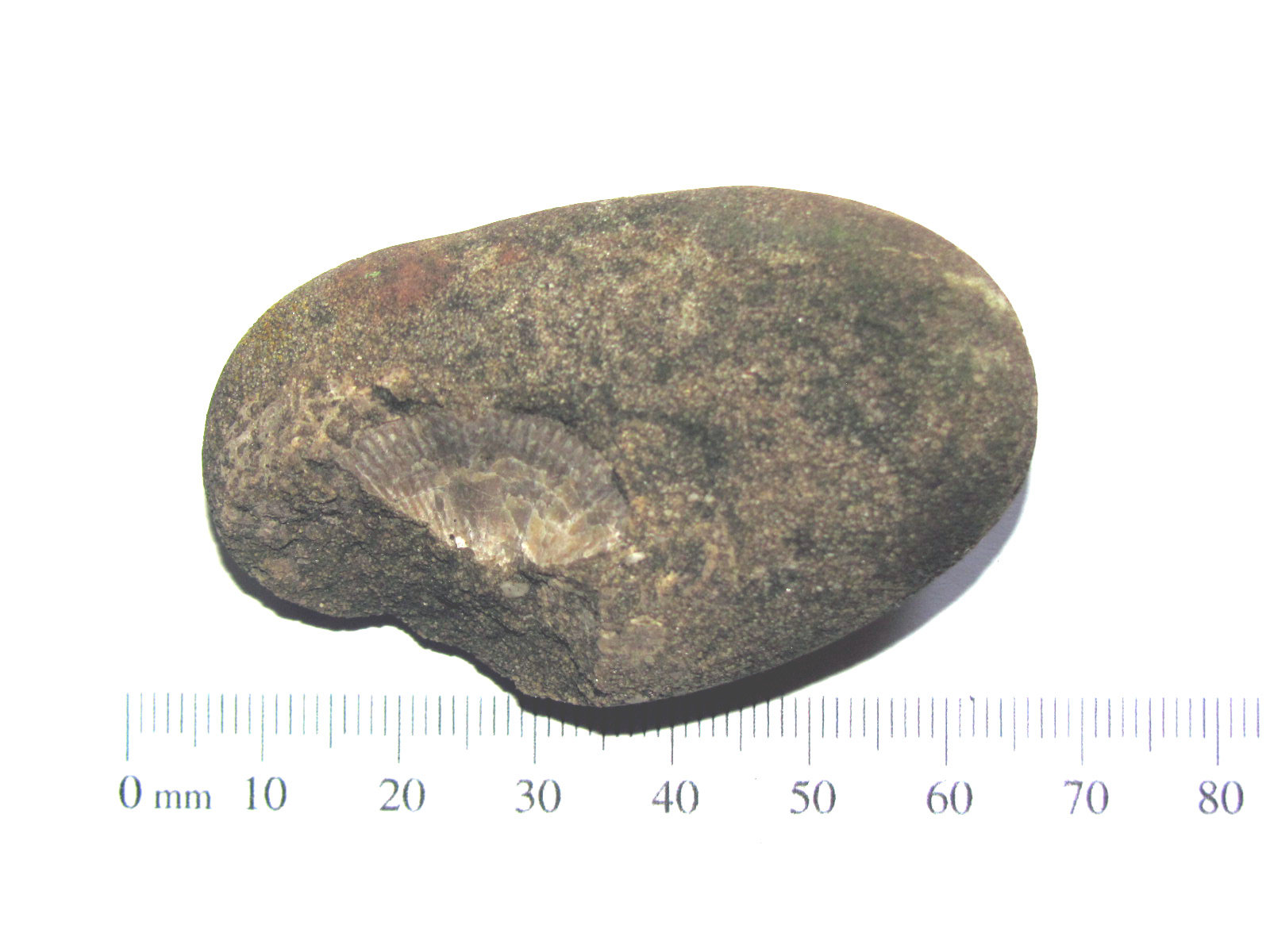 Pennsylvania, USA
Ordovician Period (485.4 -443.8 million years ago)
Orthida is an extinct order of brachiopods which appeared during the Early Cambrian period and became very diverse by the Ordovician, living in shallow-shelf seas. Orthids are the oldest member of the subphylum Rhynchonelliformea, and is the order from which all other brachiopods of this group stem. Physically they are usually strophic, with well-developed interareas. They also commonly have radiating ribs, sulcus, and fold structures. Typically one valve, often the brachial valve, is flatter than the other. The interior structure of the brachial valves are usually simple. In shape they are sub-circular to elliptical, with typically biconvex valves. There is some debate over the forms that first appeared of this order as to how they should be classified. However, they began to differentiate themselves by the late Early Cambrian period, and by the late Cambrian period had diversified into numerous varieties and reach 2 to 5 cm in width. Specimens from the late Cambrian to the earliest Ordovician exhibit shells with rounded and pointed pedical valves, with sharp to obtuse extremities and ridges that are fine to course. Punctate shells appear during the mid-Ordovician, which establish the suborder Dalmanellidina. The Ordovician is a productive period which gives rise to numerous genera in this order. However, they started to become greatly reduced by the end of the Ordovician extinction event. Both the impunctate and punctate survived through to the early Devonian Eventually, though, only the punctate lived on, and would play a minor role in benthic ecosystems until the late Permian, when they became extinct.
Kingdom: Animalia
Phylum: Brachiopoda
Class: Rhynchonellata
Order: †Orthida