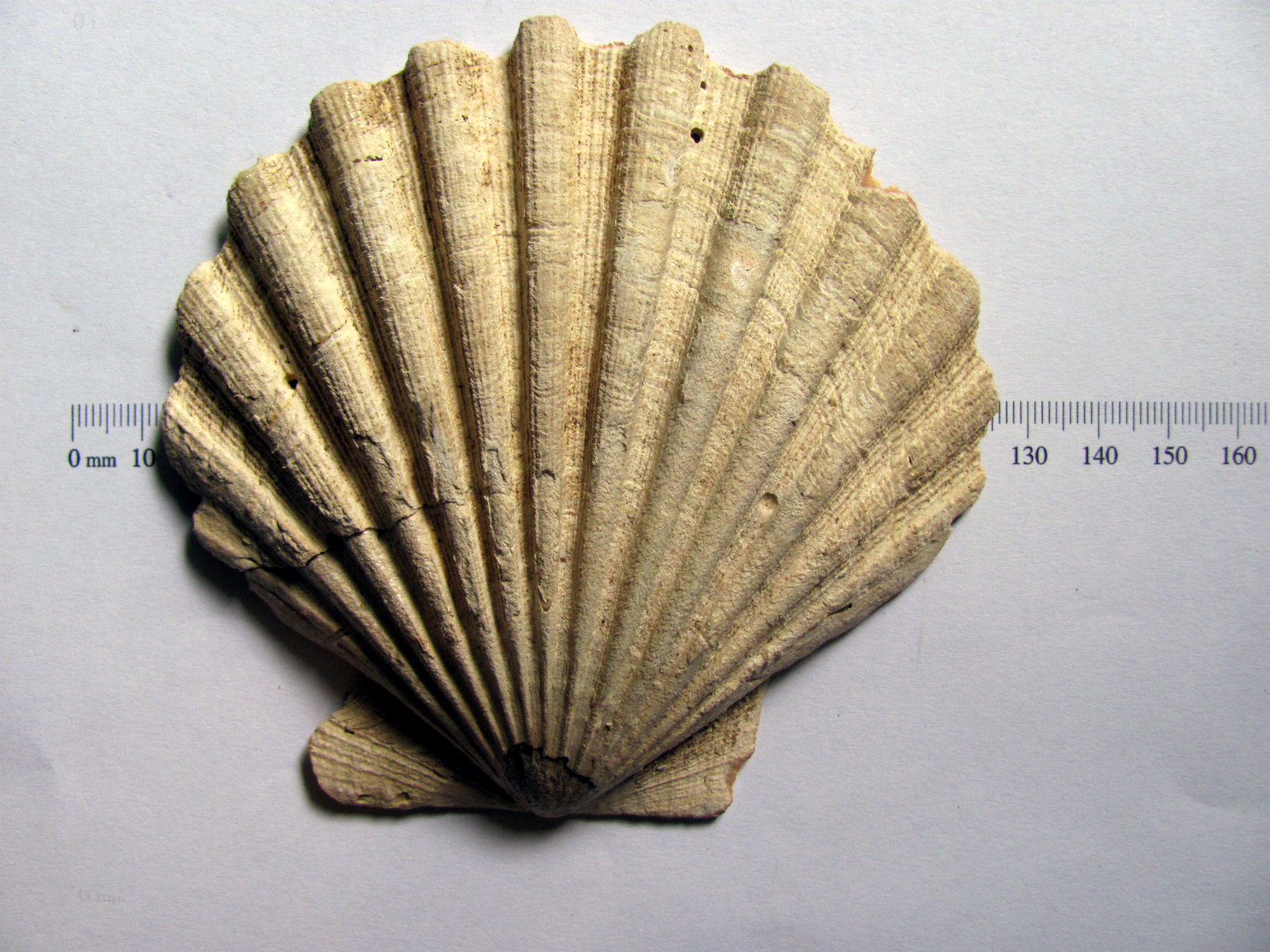 Virginia, USA
Pliocene epoch (!5-4 Million Years Ago)
Chesapecten jeffersonius is the state fossil of the State of Virginia in the United States. It is the fossilized form of an extinct scallop, which lived in the early Pliocene epoch between four and five million years ago on Virginia's coastal plain. In 1687, Martin Lister published a drawing of C. jeffersonius, making it the first North American fossil to be illustrated in scientific literature. In 1824, geologist John Finch gathered a large collection of mollusk fossils, including Chesapecten jeffersonius, from the vicinity of Yorktown, Virginia, and gave them to scientists at the Academy of Natural Sciences of Philadelphia (ANSP). Scientist Thomas Say, at ANSP, described the species and named it Pecten jeffersonius to honor Thomas Jefferson.
Kingdom: Animalia
Phylum: Mollusca
Class: Bivalvia
Order: Ostreoida
Family: Pectinidae
Genus: †Chesapecten
Species: †jeffersonius