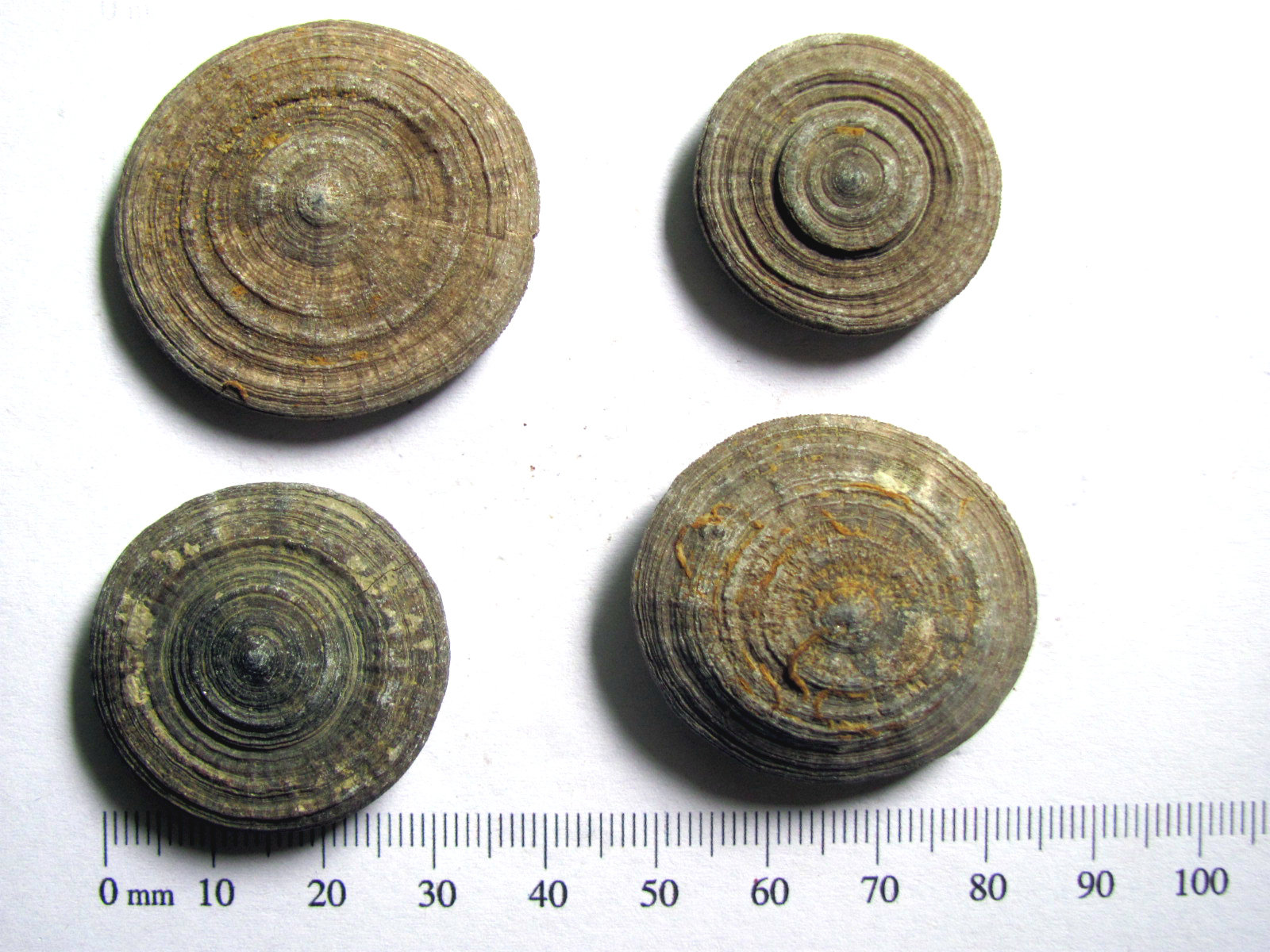 Ait Hani, Morocco
The age is unknown but it's likely Upper Cretaceous (100.5 - 66 million years ago)
Cycloseris is a genus of solitary disc corals in the family Fungiidae. They are found in the Indo-Pacific. They inhabit the lower reef slopes, and the areas between reefs with soft sediments. They tolerate turbid waters. Corals in the genus Cycloseris are mostly solitary and free living, some attaining 10 centimetres (3.9 in) in diameter. The discs are either round or oval and the central mouth, which is surrounded by tentacles, may be a slit. The polyp sits in a calcareous cup, the corallite, and only extends its tentacles to feed at night. The septa are vertical skeletal elements inside the corallite wall and the costae unite the septae at the base. In the genus Cycloseris, both are thick but have fine teeth and are characteristic of the different species. Cycloseris can be confused with specimens of the related genus Fungia but the former are always free living, even as juveniles, while the latter bear a scar showing where they were attached when young.
Kingdom: Animalia
Phylum: Cnidaria
Class: Anthozoa Subclass Zoantharia
Order: Scleractinia
Family: Fungiidae
Genus: Cycloseris
Species: †cyclolites