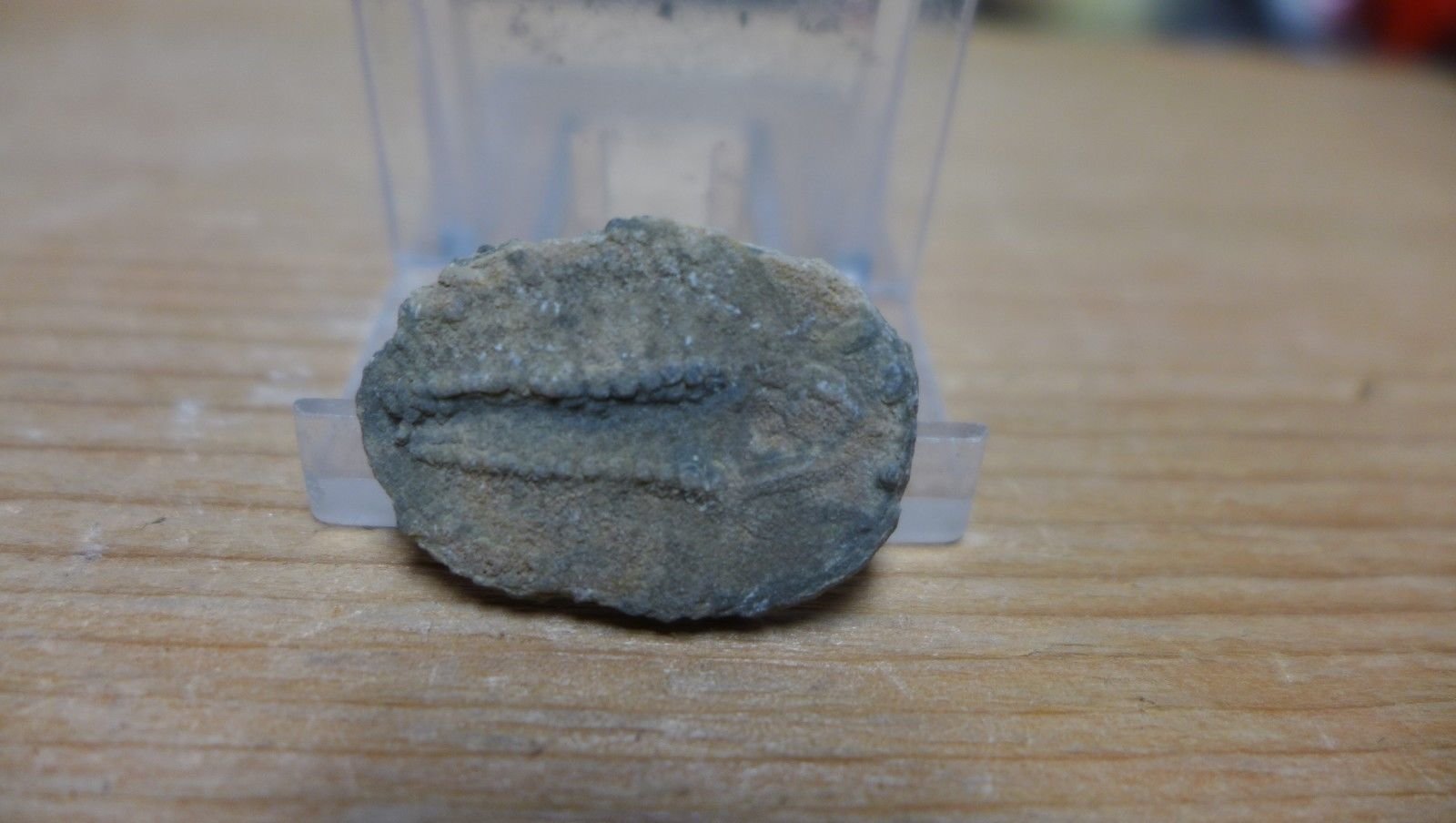 Marjum Shale, Millard County, Utah
Cambrian Period (541-485.4 million years ago )
Ptychopariida is a large, heterogeneous order of trilobite containing some of the most primitive species known. The earliest species occurred in the second half of the Lower Cambrian, and the last species did not survive the Ordovician–Silurian extinction event. Trilobites have facial sutures that run along the margin of the glabella and/or fixigena to the shoulder point where the cephalon meets the thorax. These sutures outline the cranidium, or the main, central part of the head that does not include the librigena (free cheeks). The eyes are medial along the glabella on the suture line (however, some species have no eyes). The fossils of the moults of trilobites can often be told from the fossils of the actual animals by whether the librigena are present. (The librigena, or cheek spines, detach during moulting.) In ptychopariids, short bladelike genal spines are often present on the tips of the librigena. The thorax is large and is typically made up of eight or more segments. The thorax is usually much longer than the pygidium, which is usually small. In some species the pygidium is outlined with a flat border. The Subclass Librostoma was recently erected to encompass several related orders, including Ptychopariida, Asaphida, Proetida, Harpetida, and possibly Phacopida. These are now known as the "Librostome Orders". Trilobites of the orders Proetida, Harpetida, and of the family Damesellidae were originally placed in Ptychopariida.
Kingdom: Animalia
Phylum: Arthropoda
Class: †Trilobita
Order: †Ptychopariida
Family: †Marjumiidae
Genus: †Modocia
Species: †typicalis