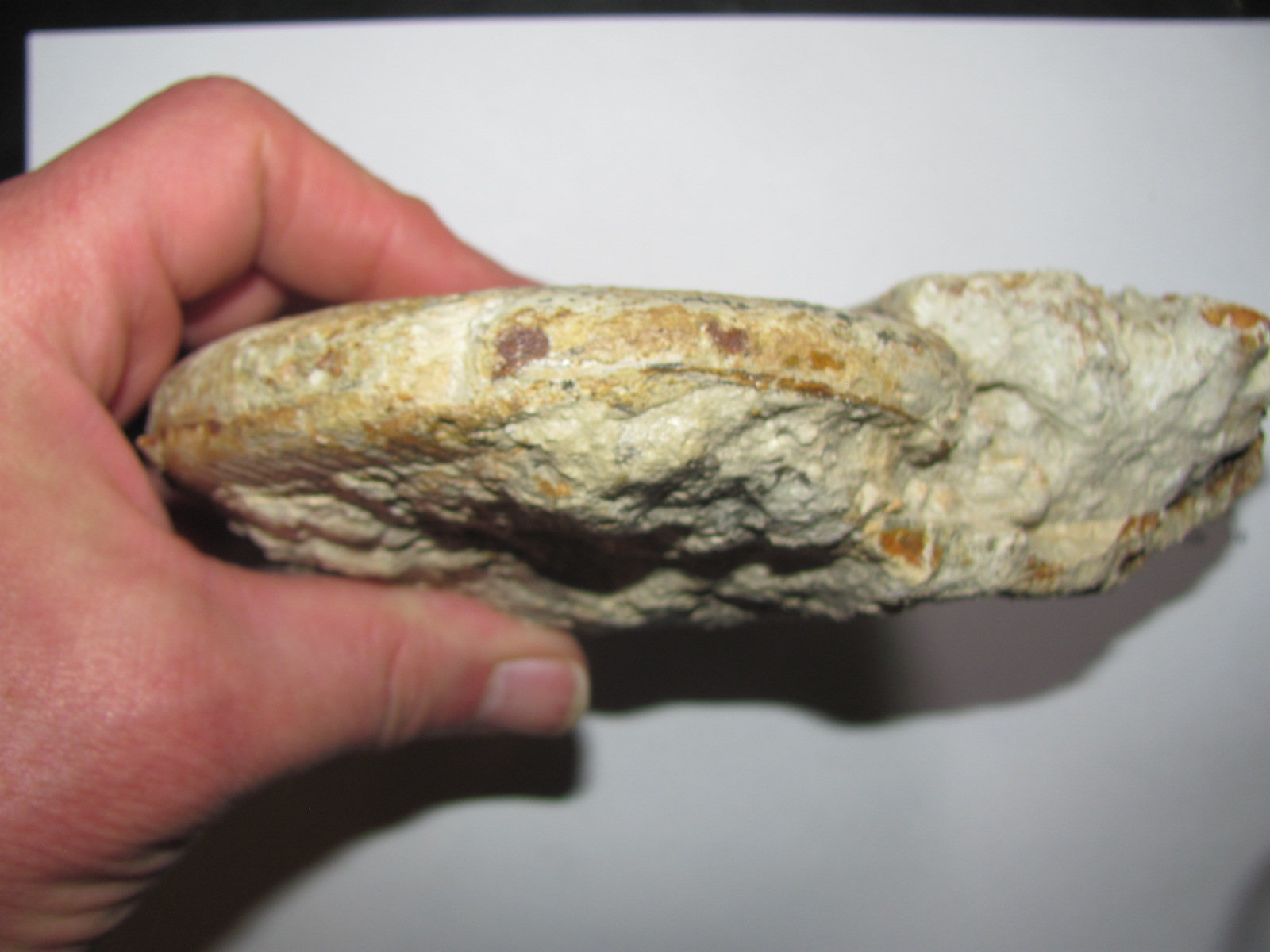 Morocco
Jurassic Period (201.3-145 million years ago)
Harpoceras is an extinct genus of cephalopod belonging to the family Hildoceratidae. These cephalopods existed in the Jurassic period, during Toarcian age from Falciferum zone to Commune subzone of Bifrons zone. They were fast-moving nektonic carnivores. Shells of Harpoceras species show strong dimorphism in their size. While microconchs reach 24–51 mm in diameter, macroconchs shells width is 115–430 mm. They are moderately evolute to involute and compressed. Whorl sides are flat and there is strong keel. Ribs are falcoid or falcate and thus biconcave, strong and projected. Sometimes, ribs can be broad and flat topped on outer part of whorl and in some species they can be striate on inner part of whorl. Some species have midlateral groove, or series of undulating depressions on inner half of whorl. Fossils of species within this genus have been found in the Early Jurassic rocks of Europe, Northern Africa, Russia, Japan, Borneo, New Zealand, Indonesia, North and South America.
Kingdom: Animalia
Phylum: Mollusca
Class: Cephalopoda
Subclass: †Ammonoidea
Order: †Ammonitida
Suborder: †Ammonitina
Superfamily: †Hildoceratoidea
Family: †Hildoceratidae
Subfamily: †Harpoceratinae
Genus: †Harpoceras
Species: †falciferum