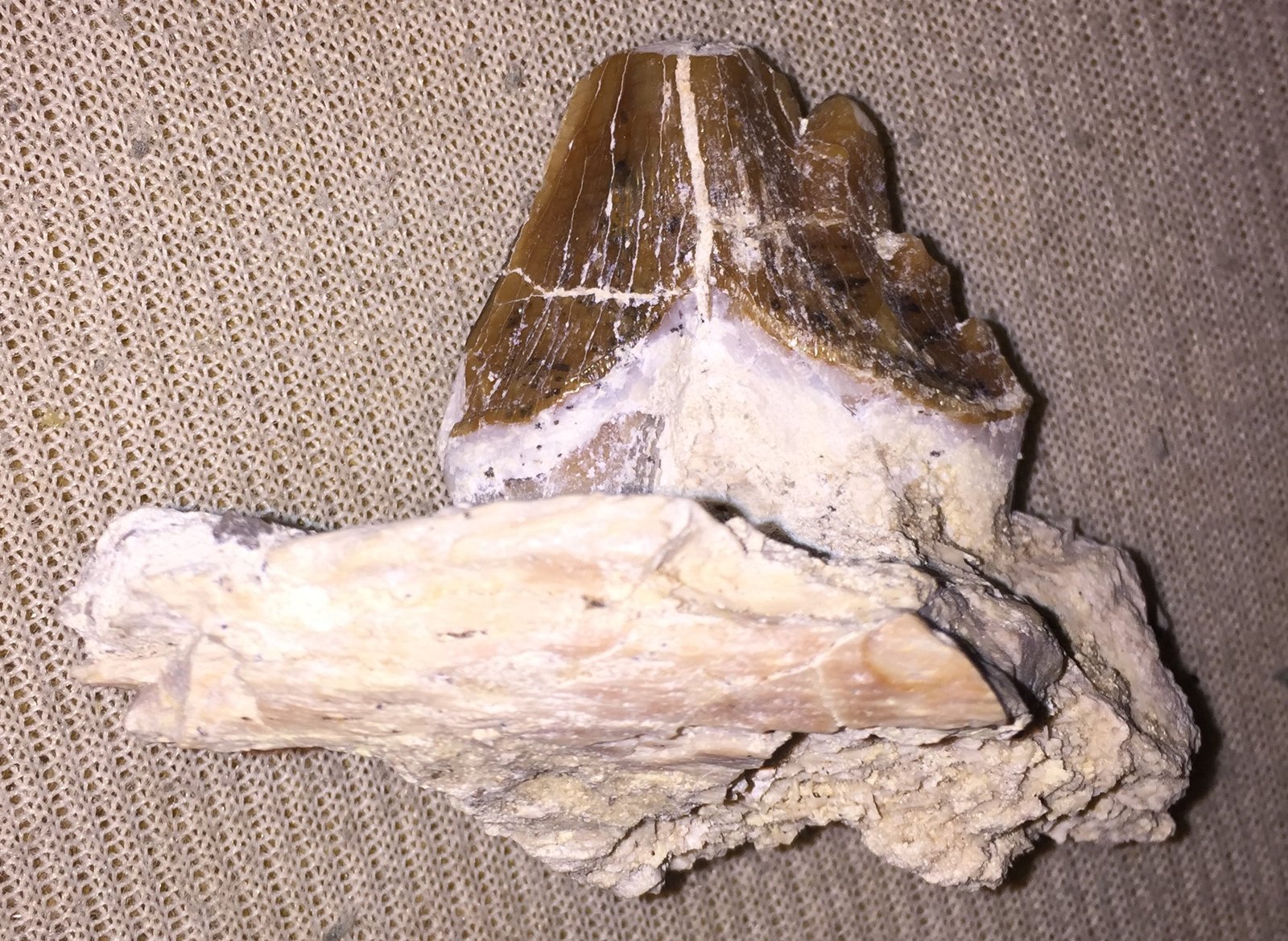 Basilosaurus isis molar(one side serrated, the other side smooth)still embedded in a small piece of jaw bone.

sadly I don't have any information about the fossil other than it is B.isis, and was found in Egypt.