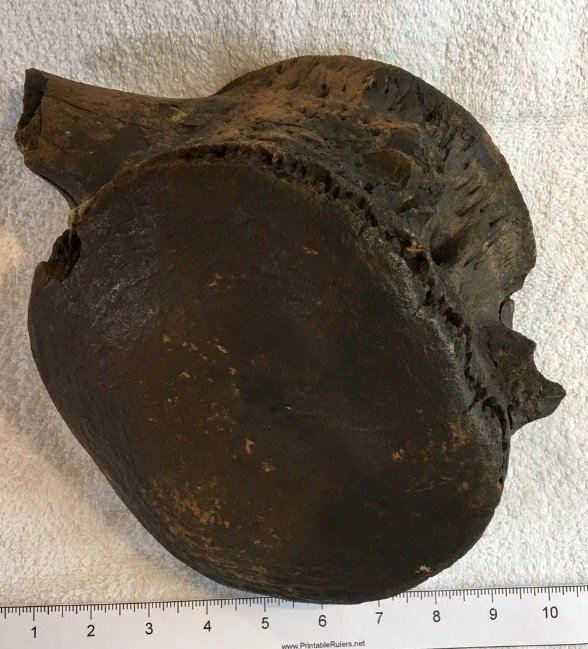 Other images in Marine reptiles and mammals

Vertebrae damaged during or before fossilization, from a basilosauridae. Found in Albany, GA, in the Ocala limestone formation, an Eocene deposit laid down by the swannee current between about 34-56 mya.

The exact species is possibly still up in the air, since it is been suggested that it is something other than the original ID. We're still looking into the possibilities. Found in Georgia, so that limits the possibilities, but still leaves open a number of basilosauridae, including some dorudontinae such as Zygorhiza. Zygorhiza, which is what it was originally supposed to be, is iffy since it hasn't officially ever been found in GA, but I don't think that means it hasn't, doesn't that just mean it hasn't been found by scientific authorities, or confirmed by such? it seems however, that the person who ID'd it as Zygorhiza was Professor Mark Uhen, who I guess is an authority on the subject, but as before, they're not supposed to be found in GA. Another possibility from a different authority on the subject has ID'd it as Cynthiacetus, which I personally would prefer, but sadly that doesn't have any impact in the matter:(