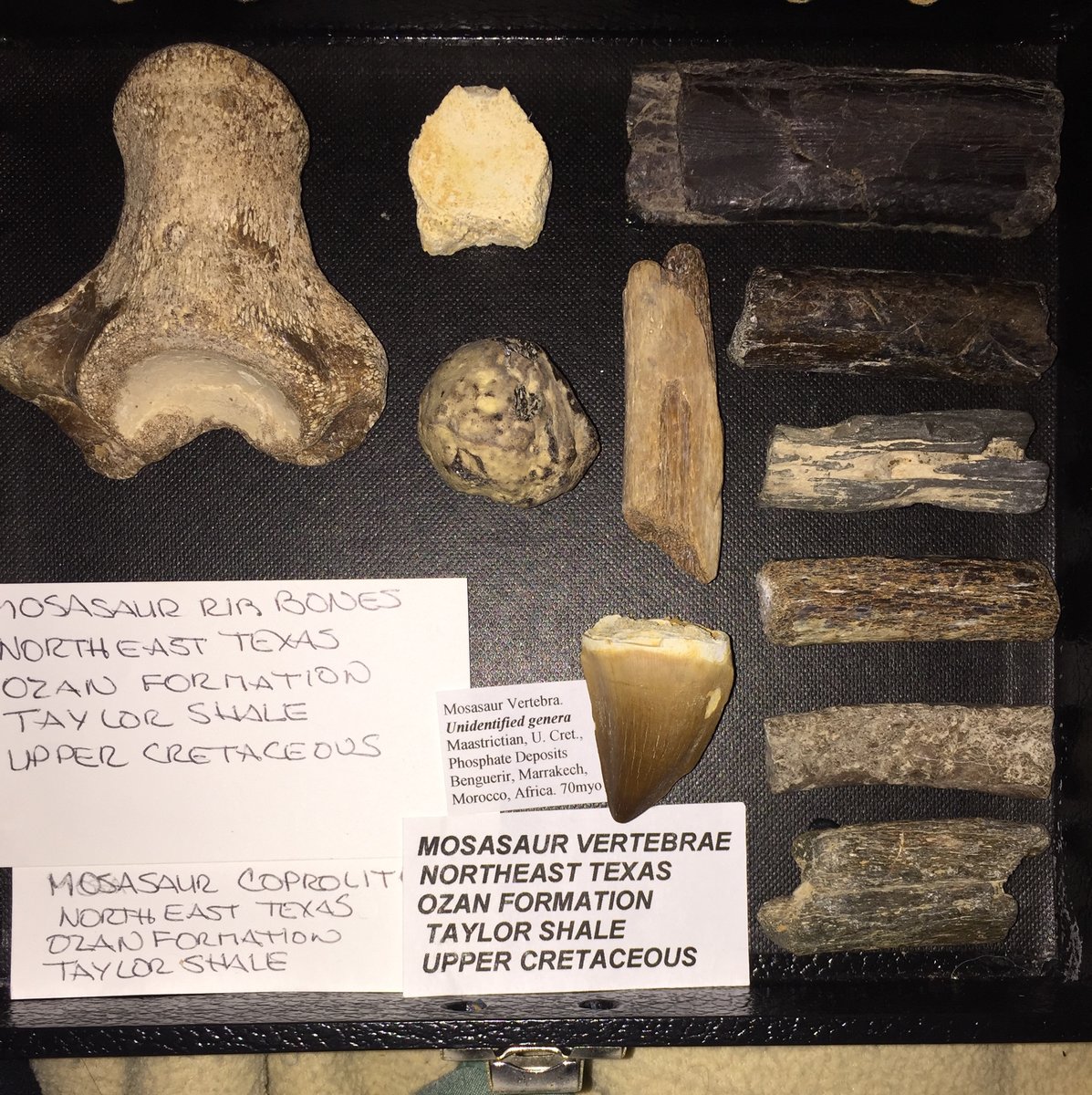 Other images in Marine reptiles and mammals

A little collection of assorted mosasaur fossils from 2 different places that I got when I first started collecting. 2 different types of vertebrae, one is mosasaur, and the other is a questionable claim of mosasaur, a corprolite that was claimed to be that of a mosasaur, a tooth, & 7 rib fragments. 2 ribs have predation marks, as well as the large vertebra. The large vert has a round tooth indent on the very center. The 2nd rib down has tooth scratches along the surfaces, & 3rd rib down has a round tooth indent in the center, which is probably what caused a strip across the middle to break off. There are 2 other tooth marks on that rib as well, forming a diagonal line from above left of the center indent, breaking off a piece along the top, to below right.