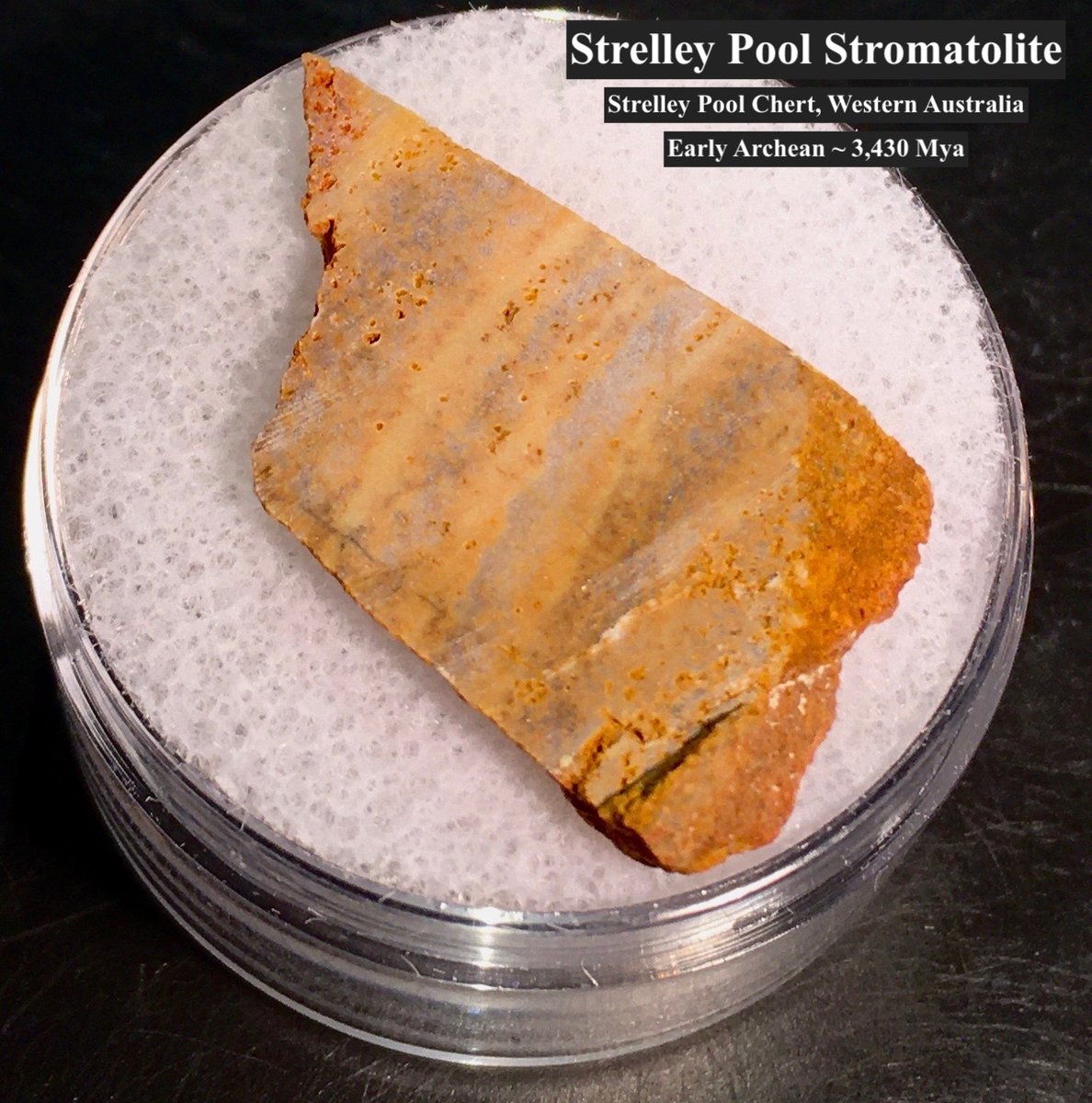 A section of a stromatolite from the Strelley Pool Chert, Western Australia. Currently, these stromatolites are among, if not the oldest known fossils. There is possibly earlier evidence of life in the form of biogenic carbon, but this chert produces the oldest known mineralized preservation of organisms. Of course everyone wants to find the "earliest life," and it becomes difficult to differentiate between microorganisms and geologic structures in rocks so old, so there will always be disagreement and competition. Likely, there are older fossils already found or yet to be, but it requires a large amount of evidence and arguing to form some consensus. From what I've seen, this appears to be the most widely accepted "oldest fossil."

Perhaps as (or more) interesting is what we can apply from the debate to searching for evidence of life on other worlds ...

"Stromatolite reef from the Early Archaean era of Australia" [Nature]

"Controls on development and diversity of Early Archean stromatolites" [PNAS]