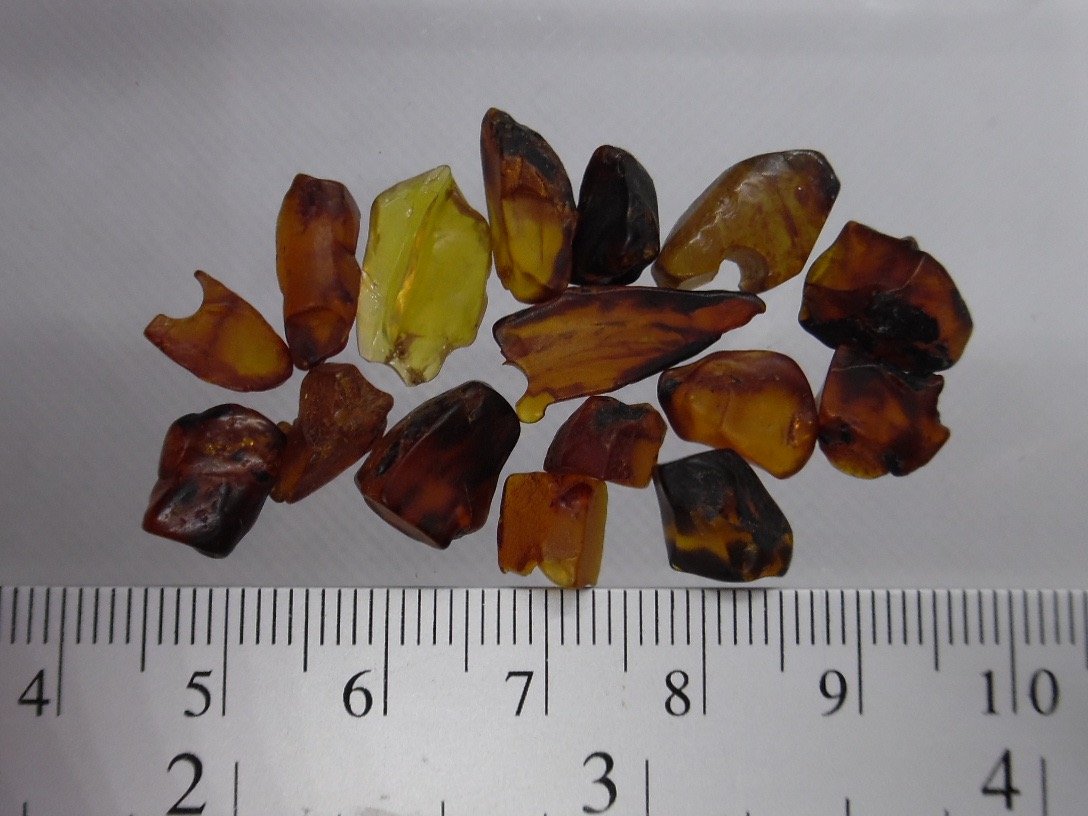 3.0g of amber, from the same lot in the two associated entries. This mid to late-Ypresian material comes from an old site near the abandoned mining town of Blakeburn, which site and its gangue piles are now technically owned by a coal mining company (although the existing legal claim of the individual who collected this amber is being overruled by the company). The amber is found primarily in association with Metasequoia sp. remains/imprints, however Pinus and Pseudolarix (among others) remains are also found in a lesser quantity at the site.