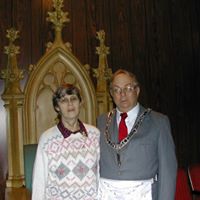 By Bob Saunders,
February 17 in Micro-paleontology