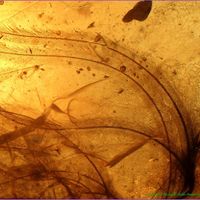 By vermiculosis,
February 24 in Partners in Paleontology - Member Contributions to Science