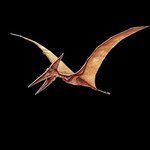 Fossils from the new guy

By Steveosaurus, March 12, 2019 in Member Collections