A topic early last year in the Fossil Forum asked “What are your goals for 2015”. My response in that discussion was a desire to collect from the Duplin Formation in South Carolina to expand upon the species list within my Pliocene Project. Although I did not have the opportunity to bring those specific goals to fruition, I did add significantly to that list with unplanned collecting trips to two sites exposing the Golden Gate Member of the Tamiami Formation containing a number of species not found within the Pinecrest Member further north. However more so than any other unit that I sampled in 2015, was the unexpected opportunity to collect from several localities exposing the Lower Pleistocene (Gelasian) Caloosahatchee Formation. As I have previously reported the Caloosahatchee contains a mostly tropical fauna containing many endemic mollusks which lived within the flooded Everglades Basin following a 200,000 year sea level regression marking the end of the Pliocene Epoch.

My previous collecting endeavors in the Caloosahatchee had been restricted to the western portion of the Everglades/Big Cypress region and the trip that I attended in January 2015 organized by the Conservancy of Southwest Florida followed that trend with a visit to a quarry in Charlotte County (Fig. 1). The mine contained massive spoil piles of shell rich material excavated years ago that had undergone heavy weathering. As a result the large well preserved gastropods which the Caloosahatchee is known for were lacking although the weathering did reveal many of the smaller species not commonly looked for by most collectors. 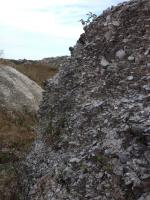 Throughout last year I conversed with several forum members and messaging with Dozer Operator (Thanks Jonathan!) finally led to a collecting trip to the eastern half of the everglades. Unlike the incredibly hot trip with FossilDAWG and jehussey the previous week, Tropical Storm Erika was moving offshore of the Florida peninsula ensuring a wet but more bearable day in the field. Navigating heavy rain squalls with the use of Jonathan’s weather phone app, we were able to miss most of the precipitation and visited among others that day two sites exposing the Caloosahatchee Formation. The first in Martin County east of Lake Okeechobee contained primarily Caloosahatchee material with some overlying Middle Pleistocene Bermont Formation from which I was able to score examples of the larger mollusks that the Caloosahatchee is known for while Jonathan collected some interesting vertebrate material probably originating out of the Bermont (Fig. 2). The second stop further south in Palm Beach County contained equal amounts of Caloosahatchee and Bermont sediments (Fig. 3). 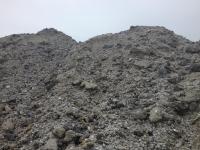 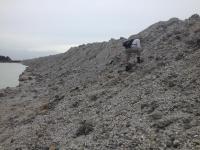 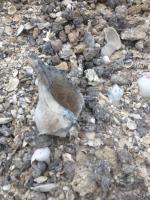 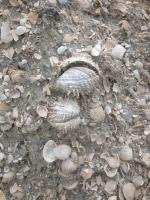 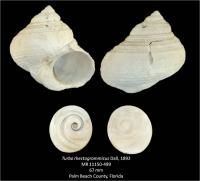 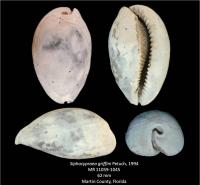 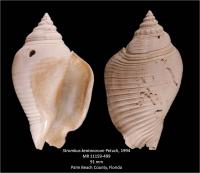 Figure 4. Some gastropods from the Caloosahatchee Formation of South Florida.

Both sites particularly the latter, demonstrate the difficulty in identifying fossils within the Florida Plio-Pleistocene. Each of the shell bearing units in South Florida contain endemic species found only within designated deposits, however as seen in my Tamiami Gallery a number of molluscan species survived into recent times as well as some which persisted past the Upper Pliocene but becoming extinct later prior to the Holocene. Adding to the confusion are non-peer reviewed works which have taxonomically split new species based upon the unit and/or geographical region placing much emphasis on slight phenotypic variation. In the list below, I have attempted to be as accurate as possible in assigning species that belong in the Caloosahatchee, however short of in-situ collection there could be species particularly those collected from locality 499 that could have originated from the Bermont Formation. In addition, the below list also is the first that I have produced using marine invertebrate taxonomy as presented by the World Register of Marine Species (WoRMS) . This includes bivalve taxonomy proposed by Carter et. al., 2011 and gastropod taxonomy from numerous researchers. As shown in the list, not all of the gastropod families have been assigned to specific Orders and are waiting further study and DNA analysis. I will be applying the same classification to my other Plio-Pleistocene faunal lists as I update them in future posts.